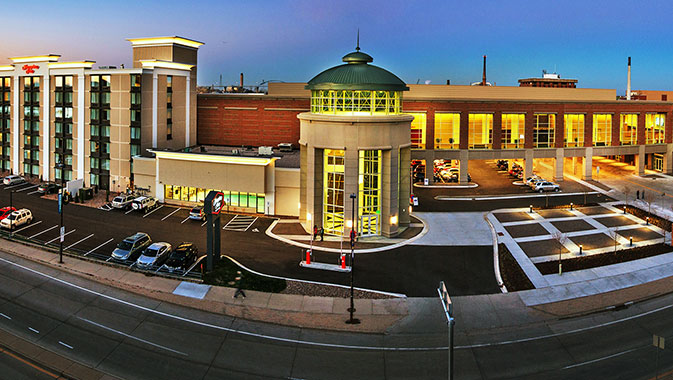 Ideally located along the Fox River, the city of Green Bay, Wisconsin, has defined itself as a vibrant and active waterfront community and as a viable and successful economy. Boasting a number of assets derived from its location and supported by forward-thinking local leadership and significant investments, Green Bay is a destination of choice and a great place to call home.
~
A great deal of development is taking place in Green Bay, with a number of projects recently completed. Green Bay has been renovated and revitalized by developments that capitalize on the city’s rich history and take advantage of the affordable cost of living and doing business.

By consolidating old and new through strategic development, the city of Green Bay is taking every effort to ensure there is something for everyone. “It’s not by happenstance,” explained Mayor Jim Schmitt. “We study what people are looking for, be it millennials or families, people with disposable income. What do they like? In doing so you can apply that to quality of life.”

Green Bay has received numerous accolades that acknowledge the city as a great place to work, invest, live, and visit. The city has been recognized as an ideal place for entrepreneurs, where business and innovation thrives. It has been ranked as the best city to start a business, to raise a family, and one of the most secure places to live in the US.

“We like taking some calculated risks here,” Mayor Schmitt stated. “I think the people here think we can do more. I think that it if can be done somewhere else then it can be done here in Green Bay.” Reiterating the Mayor’s point, Kevin Vonck, Director of Economic Development in Green Bay, attributes a great deal of the success of the local economy to the natural entrepreneurial spirit of the community.

Green Bay enjoys a low unemployment rate and a high rate of collaboration and engagement to support local growth and development. The city, in partnership with economic development organizations, the Chamber of Commerce, the local business community and residents alike, is working collectively to maximize existing assets and encourage continued growth and development. By supporting strong local industry clusters though business retention efforts, attracting new businesses and fostering the entrepreneurial spirit of Green Bay, these initiatives encourage the diversification of the economy and further advance the economic success and social wellbeing of the community.

“One of the things that we look at in terms of economic development is being able to leverage the substantial assets and competitive advantages that we have already built up here and for us to really look at what’s next for these industries,” Vonck shared.

“When you look at the diversity of education and the diversity of the workforce, places to work as well as our natural resources – being close to Lake Michigan and the Fox River – it’s a good place to grow,” added Mayor Schmitt.

With connections by road, rail, air and water, the city is ideal for transportation and logistics industries. With interstate and state highway access and the Port of Green Bay offering proximity to Lake Michigan and its marine channels, the local economy has expansive market reach. Green Bay also has a number of industrial parks with shovel-ready land available to welcome additional growth.

Green Bay’s economic composition and strength has been historically rooted in industries and sectors such as paper, printing, publishing and packaging, home to names like Georgia Pacific, Proctor & Gamble, and Green Bay Packaging. There is a presence of food processing, such as Schreiber Foods, which has recently completed its $85 million corporate headquarters and global technology center in the city’s downtown, a substantial investment for the city. Green Bay also enjoys the benefits of a strong construction industry and an increasingly advanced manufacturing sector.

As Vonck explained, “Manufacturing has changed significantly over the last few years, so the question we have asked ourselves is, ‘how do we build around what we already have invested here and how do we integrate things like future advances in technology or computing into that?’ What are the next advances or businesses that can build around these existing clusters?”

Healthcare is also experiencing growth and investment in Green Bay, which provides medical support to northeastern Wisconsin. Green Bay is home to four hospitals and recently celebrated the opening of a new children’s hospital. Green Bay also enjoys the spin-off of a viable health insurance sector, given the strength of local healthcare.

Associated Bank is the city’s largest employer, with other notable community employers from the healthcare sector including Bellin Health, Aurora Health Care, and St. Vincent Hospital. The list of major Green Bay employers would not be complete without mention of the Green Bay Packers, an important part of the city’s history and heritage but also a major player in the community’s future.

Traditionally, NFL teams’ revenues have come from Sunday ticket sales, but many teams have expanded into other economic streams and development opportunities, the Packers being one of those organizations. In fact, the Green Bay Packers have made a great deal of investment in the community. Beyond renovations to Lambeau Field, adding more skyboxes and an atrium where a number of events are held each year, the Packers have invested $53.7 million, paying top dollar for land acquisitions near the stadium, now 65 acres in total. Of the $53.7 million, $28.6 million was recently spent on the 34-acre acquisition of the Titletown District Development.

With the Titletown District Development, the Packers have included plans to develop a high-end hotel, a brewery and restaurant, and the Bellin Sports Medicine Clinic, in addition to potential retail, entertainment, and residential developments. The team’s on-field performance and league of die-hard fans are only one way that the Green Bay Packers form a definitive part of Green Bay’s past and future.

Another major differentiator for the city of Green Bay and an area that has been a great investment opportunity and a continued focus of the city is the city’s downtown and waterfront area. The downtown and waterfront are where a great deal of social and economic activity takes place in Green Bay. As Vonck notes, “A healthy downtown reflects a healthy community and we are making sure to invest in our downtown.” Mayor Schmitt agreed, stating, “The downtown speaks for the whole community and we just didn’t have a lot in our downtown fifteen years ago. There wasn’t a lot that we would want to put on a postcard and we’ve changed that.”

In addition to a variety of housing options and mixed-use development plans in the works for Green Bay’s downtown, it has become a hot spot for entertainment and cuisine, a place that supports the increasing economic activity and the resulting workforce. Downtown Green Bay enjoys a 95 percent office occupancy rate which has greatly contributed to the culture that has emerged there.

With developments such as the Schreiber Foods headquarters and the redevelopment plans for Schauer and Schumacher, the most iconic buildings in downtown Green Bay, new life has been breathed into the area. Increasing residential, retail, and commercial activity is located just steps away from existing area assets such as the renovated Meyer Theater, Children’s Museum, Fox River Trail, and CityDeck.

“We have Dine on the Deck Wednesdays and we have Fridays on the Fox. Friday evening thousands of people come down to be with other people and to really connect with the river and be a part of the downtown,” described the Mayor of the highly programmed, 1,400 foot waterfront known as the CityDeck.

The waterfront offers public space and a variety of entertainment options. The ribbon was recently cut on the expanded downtown convention center that has been well received by everyone who passes through its doors. Renovations have also commenced on the historic Northland Hotel. The cherished landmark will undergo $42 million in investment to convert the 160 room hotel back to its heyday glory.

Another historic site, the former Larsen Canning Company site, Larsen Green, has been purchased for a mixed-use redevelopment project that is expected to generate $30 million in new property value. The site is already home to a number of offices, the Green Bay Chamber of Commerce, the Cannery Public Market, and the Titletown Tap Room, a venue with a rooftop that offers spectacular views of the city.

These investments and spaces create the perfect backdrop for a number of community events and entertainment options. The city also operates a waterfront amusement park, Bay Beach. A number of new rides and features have been added at Bay Beach which has resulted in increased attendance and impressive revenue gains.

Indeed, Green Bay is a city for all seasons. People can enjoy sports, recreation, arts, culture, history, cuisine, music, and much more. With an extensive trail system, the many benefits of being a waterfront community such as fishing and boating, local farmers markets, great walkability and a forward-thinking mindset, Green Bay is letting its diversity and dynamism shine.

“It’s important that we capitalize on all four seasons and that we have something for everybody,” stated Mayor Schmitt. “We would like people to come here for a reason but find more reasons to stay. We can do that here.”

The Mayor would like to see the addition of a waterfront baseball stadium/outdoor events center and other new ways to support the community and the quality of life enjoyed in Green Bay. With the city running at optimal efficiency, addressing the needs of the local business community and its residents, the goal now is to translate the success of downtown redevelopment to every corner of Green Bay.

“We feel good about where we are going here. We’ve got a good team in place,” concluded the Mayor. “We know who we are, we love who we are and we’re going to leverage that to become the best that we can be.” Green Bay certainly has a lot to offer and as a result has established itself as a great place to grow. 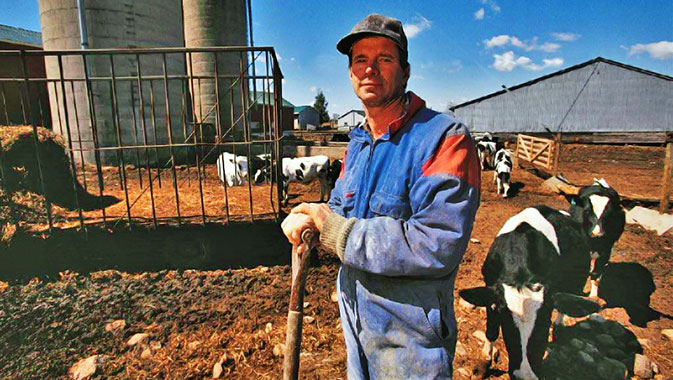