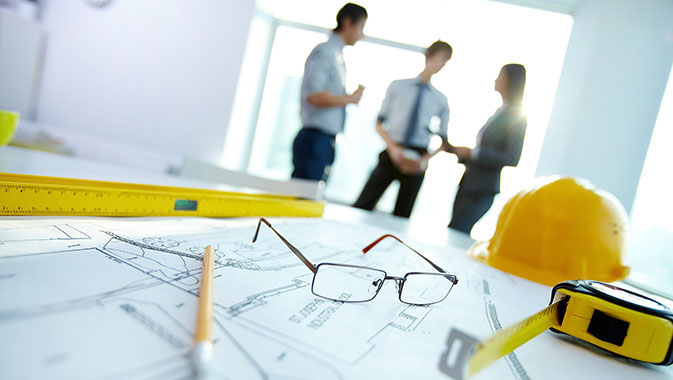 As the voice of the U.S. construction industry, the Associated General Contractors of America (AGC) supports the needs and concerns of its members, improving the quality of construction and protecting the public interest. Houston’s chapter has been supporting the commercial construction industry across a 24-county area since 1923.
~
AGC Houston handles a variety of industry needs, from advocacy to networking. One of the association’s most important current initiatives is workforce development. “We have a lot of work to do to ensure that we have a sustainable workforce,” says AGC Houston President & CEO, Jerry Nevlud. “We as an industry have not done a good job of bringing young people into our industry.” As a result, the workforce is aging and contractors have been struggling to find new talent. A recent survey found that “the average age of our workers was 47; the average entry age was 29.” There has been a nationwide trend to encourage young people to choose an academic path over a vocational one, Nevlud explains, which has helped create this shortage of skilled tradesmen. “We got away from training and careers in technical [fields].”

AGC Houston identified this problem around six years ago – and immediately began working to remedy it. “We were ahead of the curve,” Mr. Nevlud remembers. The association partnered with socially responsible owners and contractors to support and encourage the craft worker through the Construction Career Collaborative, or C3. C3 deals with key industry issues such as financial security, health, safety training, and craft training, in an effort to make a career in construction more attractive to young people. The idea, Mr. Nevlud explains, is to ensure that construction provides a career and not just a job.

UpSkill Houston, an industry-led workforce development program, complements C3. Launched by the Greater Houston Partnership, the initiative enjoys the support of local industry as well as AGC Houston. “We have been at the table from the very beginning,” Mr. Nevlud remarks. UpSkill Houston was developed specifically to meet the current and future workforce shortage across multiple sectors, including construction. “The Greater Houston Partnership asked businesses, ‘what can we do to help industry in the greater Houston region?’ and without a doubt the main [answer] was ‘help us to train middle skill workers.’ Because they just weren’t available. They weren’t being educated.” UpSkill Houston is overcoming this workforce shortage by attracting new workers, providing training, and placing these newly trained workers in the right job.

AGC Houston also provides industry specific education and training in house, covering everything from LEED construction to project management development. “We provide a lot of education, training companies and their employees here in our office,” Mr. Nevlud reports.

Safety is also of critical importance to the industry. “Safety is always front and center. We take it very seriously.” AGC Houston employs a Safety Director and has a “very active safety committee” that meets regularly to discuss the latest industry safety issues. The association works very closely with OSHA and provides OSHA training from its offices. “We have at least one OSHA class going on every day. We do a lot in that area.” AGC Houston also actively promotes OSHA’s National Safety Stand-Down, a voluntary annual event in which employers talk directly to employees about safety. “For an hour during the day our members shut down the job and have a presentation on safety. That goes on for a two-week period. It costs a lot of money for companies to shut down and stop everybody [to talk about safety], but they do it. Over 12,000 construction workers were impacted by that this year.”

Diversity is another timely workforce issue that AGC Houston is tackling. The association launched a diversity initiative last year that aims to increase the number and capacity of MWBE (Minority and Women Owned Business Enterprise) general contractors and subcontractors. With billions in public sector contracts in the pipeline, it is imperative that the Houston market is prepared to meet diversity requirements in the near future.

AGC Houston continues to be actively involved in a number of legislative and regulatory issues. The association’s Government Affairs Committee addresses industry issues with city and county governments as well as the Port of Houston, school districts and other government entities, providing a crucial voice in the policymaking process. In one recent example, the association helped to defeat the state tax on labor on jobsites, saving members millions of dollars. Environmental regulations continue to be a pressing regulatory issue and AGC Houston is committed to striking the right balance. “As an industry we like to have safe environments,” Mr. Nevlud points out. “We live in these communities so we… are very cognizant of doing things right. But the government has placed some really restrictive rules in place that hurt everybody.”

Overall, the state of the industry in the Houston area is positive, Mr. Nevlud reports. “We are very fortunate to be in Houston. From about 2008 to 2012, we were pretty much the last ones to go into that [recession] and the first ones to come out.” Low oil prices are certainly having a negative effect at the moment, but overall the region has proven remarkably resilient. “With the current dip in the oil price, a good number of projects have been put on hold. I would go so far as to say many will probably never be built.” But public sector projects are making up for the loss. “Two school districts in the last three years have passed $2 billion bonds and there are several others that are in the half a billion range. The K-12 school work is really strong. And last session, the legislature approved approximately $5 billion in tuition revenue bonds which means a lot of money is going into higher education.” Construction spending in Houston’s medical sector is also increasing. “The medical community was a little bit on hiatus because they were trying to understand what the Affordable Care Act meant, what was going on. But within the last year a lot of work in that industry has been released. We have gotten significant work from four major medical centers… The medical sector is a huge driver in our community.”

The underlying reasons for Houston’s resiliency are complex, but the city’s entrepreneurial character and reluctance to over-regulate likely play a strong role, Mr. Nevlud says. “Houston is a very entrepreneurial city. There is a lot of opportunity.” The Port of Houston – the busiest port in the United States in terms of foreign tonnage – also plays a critical role in maintaining a strong local economy.

Even though the outlook looks good, Mr. Nevlud is not counting chickens before they hatch. “I won’t guess where Houston is going. In our industry you just never know.” Globalization has made it even more difficult to predict industry trends. “Now our industry is so global that if something happened this morning in China it could have an incredible impact on us tomorrow. I don’t have the forecast.”

AGC Houston will be laying out a new strategic plan next year, ensuring that the association will be prepared for whatever the future may bring. “Our chapter is starting to do a lot of homework, a lot of research, have a lot of conversation in order to [determine] what we look like in five years, what are we doing in ten years. That is a hard question because things change.” A major focus of the new strategic plan will be on the next generation of leaders, who will be responsible for taking the association and the industry into the future. While this future cannot be known, current indicators certainly look positive, both for AGC Houston’s ongoing leadership role and for Houston’s construction industry as a whole. For more information, visit AGC Houston’s website at www.agchouston.org, the Construction Career Collaborative at http://www.constructioncareercollaborative.org/, and the Greater Houston Partnership at www.houston.org/upskillhouston. 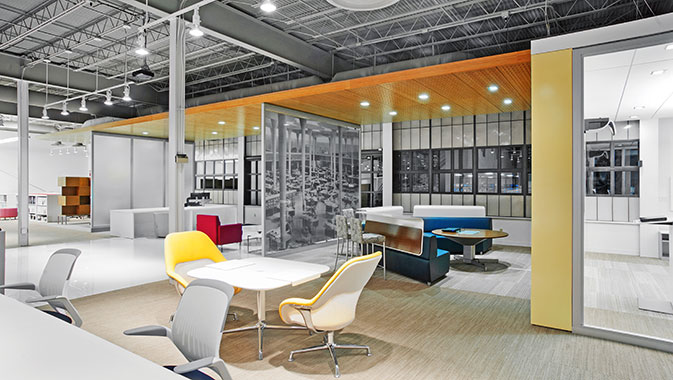