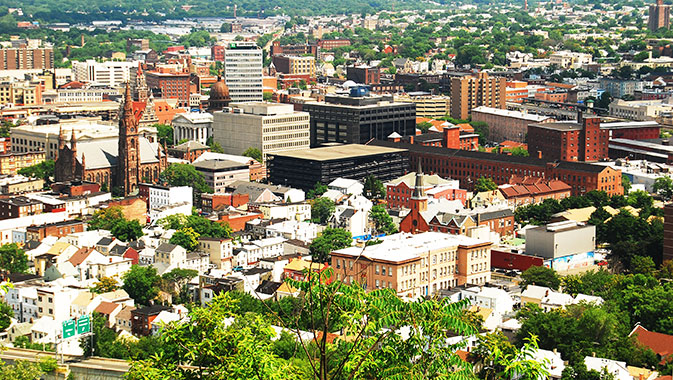 Passaic is a county which showcases all of the qualities for which New Jersey is best known: a can-do attitude and a no-nonsense approach to business. Although the area has seen substantial growth and economic development in recent years, it is the people at the heart of Passaic that remain its greatest asset. Deborah Hoffman, the director at Passaic County’s Division of Economic Development, gave us some insight into the area’s recipe for success.
~
There are many reasons that Passaic County is a business hotspot, not the least of which is its convenient location. As many companies have begun migrating from the astronomical cost of doing business in nearby states, parts of New Jersey such as Passaic County have become a prime location for accessible and affordable business growth.

Passaic County is situated in the upper northeastern portion of New Jersey, within a short train journey of America’s urban epicenter, New York City. Passaic County can provide all of the benefits of big city business, but with charm of an urban, suburban or rural lifestyle. It is no surprise that professionals and families continue to relocate to the county for decades.

The area has a deep-rooted history of manufacturing and warehouse/distribution and has built a robust transportation infrastructure ensuring that the area is easily accessible from land, air or sea (20 minutes to Port Newark and Elizabeth). Several state (Garden State Parkway, New Jersey Turnpike, Routes 3,19,20, 21,23,46, 202, 208) and interstate highways (Routes 80 and 287) run directly through Passaic County in addition to many freight (Norfolk Southern and New York Susquehanna & Western Railways) and commuter rail lines (New Jersey Transit), and several international airports – including JFK and Newark – are within a short drive of its borders. This county is in one of the most accessible corridors in the nation.

The county is economically diverse, an asset which continues to attract both professionals and businesses to the county. From retail trade, to healthcare, manufacturing, professional services and even waste services, Passaic County has cultivated a healthy, varied cluster of business development.

New Jersey hosts the most data centers in the entire nation, and Passaic County contributes to this trend, as the home of four data centers, with a fifth under construction. Its highly educated population has begun a new stream of growth within the tech and advanced manufacturing sectors.

As a result of its economic diversity, Passaic has been able to withstand the national economic turbulence of the last decade. It pushed harder and invested in local businesses while many other areas had to pull back. Despite national fluctuations, Passaic’s broad portfolio of economic drivers continues to sustain a high employment rate and business growth year-on-year. This fact was most recently demonstrated by a study that evaluated GDP across New Jersey throughout a four-year period which ranked Passaic one of the top 10 areas in the state for strong business growth and investment.

The labor force in Passaic County has been on a steady increase in recent years, and 2015 was no different. The New Jersey Department of Labor found that the county’s overall workforce population came in at nearly 250,000 this past August. Moreover, the county’s unemployment rate has remained consistently moderate, around 6%. The accomplishment is supported by not only new businesses, but extensive education, training and incentive programs available throughout the region.

In 2013, the Grow New Jersey Assistance Program was created. This advantageous state-incentive program, which provides corporate tax credits and other financial benefits for growing businesses has been widely successful in driving new development throughout New Jersey and into Passaic County. Under this program, the Garden State Growth Zone was established, enabling select counties – one of which is Passaic County– to receive enhanced incentives. Passaic County has several other incentive programs which complement Grow New Jersey, including the designation of two of its cities, Paterson and Passaic, as Urban Enterprise Zones, providing yet another example of public sector support to growing companies.

Passaic County has some of the best educational and healthcare institutions in the region, and these sectors have continued to generate new investment.

St Joseph’s Regional Medical Center in Paterson, New Jersey, is one of the nation’s leading healthcare centers. With a recent 250 million-dollar expansion, and more construction underway, the medical center is quickly becoming one of the most highly advanced medical centers in the region. The county is home to several other reputable healthcare providers including the Preakness Healthcare Center which is owned and operated by the Passaic County Board of Chosen Freeholders and St. Mary’s Hospital.

The healthcare expansion in Passaic has been igniting a ripple effect of new, related business growth. The St Joseph’s development has created an upswing in ancillary services including retail, hospitality, food and even childcare. The new 145 bed hotel to be constructed adjacent to St. Joseph’s Regional Medical Center will also include a 40,000 square conference center.

In Passaic County, several universities provide workforce training programs to ensure that the local labor force is trained and ready to take on the demands of local industry. With Berkeley College, Passaic County Community College, William Paterson University, and Montclair State University located within the county, Passaic is a place where a growing number of young adults are building not only their careers, but their lives.

It’s clear that Passaic is a good place to do business, but at the end of the day it is the quality of life and the fabric of the community that keeps growth going. Very few places can offer the promise of direct access to one of the world’s biggest and most loved cities, but even fewer can offer an urban, suburban or rural lifestyle to match. Passaic is quintessentially the best of all worlds.

Many residents of the county work and play in Manhattan but choose to call Passaic home. The county has an affordable cost of living, great public schools and health care systems, as well as all of the amenities of day-to-day living. It is no surprise that the area’s population continues to expand.

There are also a plethora of cultural and historical attractions, dozens of recreation opportunities and even a waterfall. The surprisingly scenic surroundings continue to attract residents and tourists alike. Passaic County’s vast natural beauty offers a wide range of outdoor recreational opportunities, including the Great Falls National Historical Park , the Olmsted Brother designed Passaic County Park System, Skylands Botanical Gardens, Rhino Theatre, and the Shea Center for the Performing Arts.

Passaic County prides itself on attracting new start-up companies and companies seeking room to expand, but quite possibly the area’s largest accomplishment to date is its unique and thriving community which is known for celebrating diversity. Passaic County is a melting pot of cultures and people, boasting over fifty different ethnic groups within its borders including the largest population of Peruvian residents in the entire nation. The county’s 16 municipalities offer every type of food your heart could desire, and cultural events take place nearly every night of the week. But aside from the fact that its people bring with them a good party and great food, the significance goes deeper.

Hoffman said, “I am proudest of the people in Passaic County. Whether they are from the business community, or an individual resident, they are very welcoming. They want to work together; they embrace new ideas. This is a wonderful and really special community.”

Location and infrastructure may bring in business, but quality of life it what sustains it. In the end, it is the people at the heart of this story, and this is which makes the story of Passaic County a story worth telling. In a world increasingly struggling to find a happy medium, Passaic is one of the few places that has got it just right. 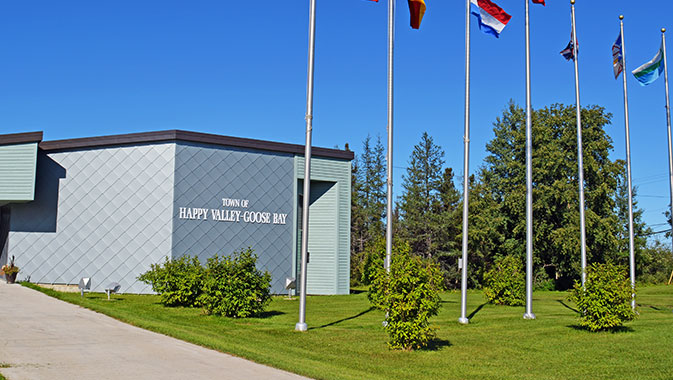