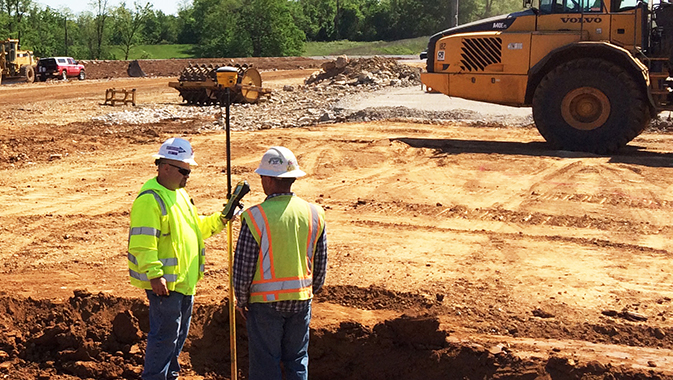 As 2016 approaches, Bloomsdale Excavating is looking ahead at its seventieth year in operation. This excavating company based in Bloomsdale, Missouri is involved in general contracting and road building as well as residential, commercial and industrial products.
~
Marvin Drury, the founder of Bloomsdale Excavating, returned from WW2 and started the company, named after his home city. The busy, multifaceted man owned a feed store and grocery store at the time and also worked in excavating, trucking and well drilling. Marvin recognized that it would be better to focus all of his energy on one thing to be successful, and that became his excavating business.

“I’m the start of the third generation, and we have just as many second generation family members as we have third generation in this business,” says President Scott Drury. “As the business has grown, we have spun off five different entities with excavating being the mother entity. We are quite spread out.”

Marvin began his company by building ponds and terraces for farmers, and he excavated gravel from area creek beds and delivered it to local customers. Before long, Bloomsdale Excavating was diversifying operations into the digging of basements and the installation of utilities. The company expanded throughout the eighties and nineties and got into larger site work and highway projects such as recent work in Illinois and Indiana.

On many highway projects, the excavating contractor is a sub-contractor, so Bloomsdale Excavating serving as a prime contractor for its first project with the Illinois Department of Transportation (IDOT), was an unusual situation. The company held a pre-construction conference with all of its sub-contractors and IDOT and talked about the importance of teamwork and how it intended to approach the project.

“It included our expectations of them and goals for the entire project. Our number one goal was for the owner and all of our subcontractors to leave that project saying that it was the best experience they had ever had and that they would do it again.” The company definitely achieved that goal and was named 2014 Contractor of the Year after being nominated by IDOT’s resident engineer.

“I wouldn’t say that the highway industry is necessarily a focus of ours. We try to focus on the private sector, site development, industrial settings and blasting. Our focus on rock excavation is really where we like to live and breathe as much as possible.”

A major strength of Bloomsdale Excavating is that it does much of its own blasting in tricky site conditions. Its expertise in this area, combined with its prioritizing mine safety, had resulted in the company emerging as the first independent contractor in the US to form a partnership with the Mine Safety and Health Administration (MSHA). Though the partnership no longer exists, it allowed Bloomsdale to assist in the development and implementation of safe mining practices for companies throughout the country.

MSHA even created an award named after Bloomsdale’s former President, Tom Drury. The annual Thomas M. Drury Award is given to independent contractors in recognition of exceptional achievement in miner health and safety and in the prevention of workplace accidents and injuries.

Bloomsdale Excavating does work on subdivision construction where many of its customers are asking for more concrete services so the company makes curbs and gutters and performs flat paving. Bloomsdale Excavating also offers roller-compacted concrete (RCC) in response to customer demand and can even put a finished surface on it which is a rare service.

“It’s something different, and what we can do is provide a concrete product – cheaper than conventional concrete paving – which would be competitive with asphalt. We are offering it as a more durable, long-lasting surface than asphalt.”

Scott predicts that it will be a big part of future business for Bloomsdale and other similar companies. “We are excited about it! I think it’s going to be a good branch of diversification for us.”

Another branch of diversification is Nexus Construction Service Group, a subsidiary of Bloomsdale Excavating. Its engineers provide pre-construction services and consulting, mainly for civil engineering projects.

“Nexus has existed for three to four years, and it takes a lot to get it off the ground and running, but there is a lot of potential there. They have no boundaries. When people are exposed to what we have to offer, it certainly works in our favor.”

Nexus is currently providing consulting for site development on several projects with owners and general contractors to decide how to layout, excavate and develop these properties in the most efficient manner to save money for the clients.

One of these excavating methods is GPS-guided excavating which provides tremendous precision on sites. Nexus performs a great deal of GPS file building and will execute independent file building for clients. “We get heavily entrenched in that a lot of times. You hope that opens up opportunities for Bloomsdale Excavating to do this site work. Sometimes it happens and sometimes it doesn’t.”

Finding skilled workers is a challenge for everyone in the industry. “It is becoming more and more evident on the union side of things, as well as the contractor side of things, that we are all in this together. It is refreshing to see the two sides of the coin coming together and recognizing that there is a problem here. Things have been in such a downturn for so many years, and many have left the industry.”

Even though Bloomsdale Excavating, as a union contractor, can rely heavily upon the union hall to provide that skilled labor, more is needed to find future skilled workers. The company will go to trade schools and even high schools to inform teens and young adults about the trades within the construction industry and the many opportunities to make a good living.

Bloomsdale Excavating believes strongly in affordable, value-based contracting. Rather than merely concentrating on placing the lowest bit, it strives to be the best at what it does and find customers that appreciate that value.

“If they are just hammering on the lowest price on bid day, we are not going to survive in that environment because that is not how we are structured. It’s not our belief; it’s not who we are. We focus on selling ourselves and trying to get people to understand what we bring to the table, but it’s hard to verbalize and put that into context. You really have to experience the way we tackle projects and our approach. A main difference in our philosophy over our competitors is we have management on every project. You won’t typically see a project being managed from the seat of a piece of equipment. Solid management means high performance, efficiency and quality of work – value. You only see this value at the bottom line of a project, not always on bid day,” says Scott.

“You have to have exposure, and that tends to be a problem most of the time. It’s difficult just getting success on a project and exposing them to our way of doing things. Only then, do they start to see the value we bring to the table.” 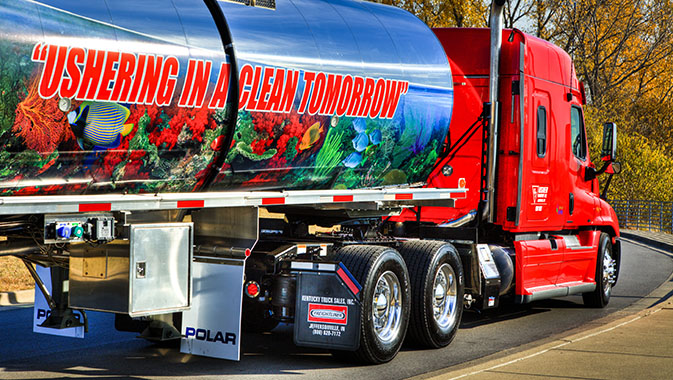