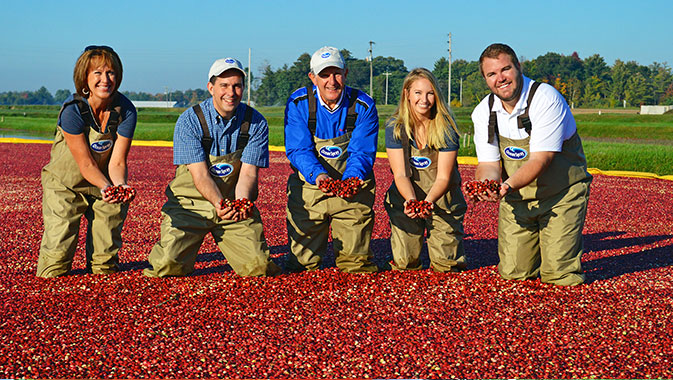 Long known for its strong, Midwestern work ethic and manufacturing capabilities, Wisconsin’s industries are evolving for the 21st century marketplace – while still hanging on to the state’s famous, hardworking spirit.
~
Today, advanced manufacturing, bioscience, and other high tech sectors are gaining a strong foothold in the state while traditional industries – from dairy to beer production – still maintain firm ground.

How has Wisconsin managed to become a recognized global leader in food and beverage production, water technology, and other leading edge fields? “All of these industries have to do with both our location and history as an agricultural state and an industrial state,” says Kelly Lietz, Vice President of Marketing for the Wisconsin Economic Development Corporation (WEDC). “Milwaukee has a reputation of being the tool chest of the world; production in the Midwest and Milwaukee was traditionally a leader in that area. That has evolved from the industrial age to the advanced manufacturing age and is driven by our history of solving problems and thinking of new ways of production.”

This innovative spirit has long been a hallmark of the state. “Wisconsin’s foundation is based on ingenuity and a sound workforce,” says Tricia Braun, Deputy Secretary and Chief Operating Officer of WEDC. “That is why we continue to be a leader in industry, especially in advanced manufacturing.”

Industry has joined forces to create centers for excellence in water research and energy technology, while Wisconsin’s wide network of academic institutions are facilitating the commercialization of new technologies being developed in the state. “The leadership out of the University of Wisconsin is well known,” Mr. Lietz says of the state’s flagship university. “This is where stem cell research began and it continues to be a location for advances in biotechnology.”

With $1.1 billion going to research each year, the University of Wisconsin-Madison ranks third in research spending in the entire nation. There are also a number of independent and collaborative programs supporting applied research efforts at Marquette University, the Milwaukee School of Engineering, the Medical College of Wisconsin, and throughout the University of Wisconsin System, as well as in private sector research facilities such as GE’s Global Design Center. This research helps propel a number of sectors forward, from water technology, rapid prototyping, big data modeling, and energy, to medical devices, pharmaceuticals, animal genetics, advanced materials, biosciences, and manufacturing.

The state supports a wide variety of industries through the Wisconsin Economic Development Corporation (WEDC). The public-private entity works with a network of over 600 regional and local partners to foster cooperation and drive business development throughout the state. As the state’s lead economic development agency, WEDC is designed to be adaptable, so it can react quickly to changing economic conditions and deploy funds where most needed at any given time. Collaborative and customer-centric, the organization is committed to aligning resources, partners and industries in order to accelerate long-term, sustainable growth throughout Wisconsin.

Getting a development project off the ground is relatively easy in Wisconsin. WEDC partnered with Deloitte Consulting to develop standards for industrial site certification reviews for prime commercial sites. The resulting Certified in Wisconsin® Program ensures that companies looking to locate in Wisconsin have options for sites on which they can build with confidence.

Wisconsin’s entrepreneurs can turn to the Scale up Milwaukee initiative for ongoing support. Twenty-seven companies have already graduated from Scale up Milwaukee’s Scalerator program, which shows startups how to maximize their growth potential. The initiative has been a proven success; these 27 companies boast $65 million in cumulative revenues, 265 new jobs, 12-month growth rates ranging from 10 to 50%, and 464 new business customers.

Wisconsin’s businesses also benefit from the state’s strong work ethic and skilled workforce. “There is definitely an ethic in the workforce that Wisconsin is known for,” Ms. Braun remarks, quoting a well-known saying: “If you want someone to do the job right, you hire someone from Wisconsin.”

The state recently dedicated $150 million to workforce training so that Wisconsin’s workers continue to stay at the top of their game. Wisconsin’s residents also have access to 51 colleges and universities, ensuring that future workers are well educated and ready to contribute to the state’s economy. The University of Wisconsin System is one of the largest systems of public higher education in America and consistently ranks among the nation’s top 10 in both quality and size.

As the first state to develop a technical college system, Wisconsin has been training its workforce at specialized technical and trade institutions for more than 100 years and currently has 340,000 students enrolled in the system, eagerly preparing for 21st century jobs. The system serves one out of every eight of the state’s adults – twice the national average – and nine out of 10 students find employment within six months of graduation.

Wisconsin’s transportation network is another strongpoint. Most notably, the state sits alongside the Mississippi River, Lake Michigan, and Lake Superior, creating unique shipping opportunities; 39 million tons of product ship out of the state’s 29 commercial ports each year. In addition, the world’s busiest multimodal transportation hub is located just 55 miles south of the Wisconsin state line.

While Wisconsin’s business strengths are critical, the state’s quality of life is equally important to employers and employees alike. Indeed, the state’s livability may be its best-kept secret. “I think that people outside of Wisconsin are amazed at what Wisconsin offers, from the natural resources to the arts, culture and entertainment to the quality of education,” Ms. Braun remarks. “Once discovered, the state becomes a favorite destination for both travel and relocation.”

Outdoor enthusiasts can enjoy four distinct seasons of outdoor recreation. Bordered by two Great Lakes and home to 15,000 streams and rivers, Wisconsin serves up plenty of water sports. The state also boasts an extensive trail system surrounded by bucolic vistas. Some of the nation’s largest farmer’s markets dot the countryside. Music lovers flock to Summerfest each year, the largest music festival in the world. And, with three professional sports teams, Wisconsin is known as a ‘top tailgating state’. “We have some of the world’s greatest sports fans,” says Ms. Braun.

The cost of living is low and traffic is minimal. “Commute times are just not an issue.” The healthcare system is excellent, ranking second in the nation overall for health care quality scores and ranking in the top 25% for value and quality. K-12 education is another strongpoint. Advanced placement scores regularly fall within the nation’s top ten and the 91.9% public high school graduation rate is one of America’s highest. “It is a great place to live and raise a family,” Ms. Braun remarks.

State leaders are working hard to prepare for the future and ensure that Wisconsin’s high quality of life and economic success continue. For instance, a current initiative is underway to revitalize the state’s business districts, which include 36 main street communities. “It shows an investment and commitment to preserving those assets throughout the state,” and initiatives like this work to complement Wisconsin’s already pro-business climate. “Wisconsin is a step ahead.” 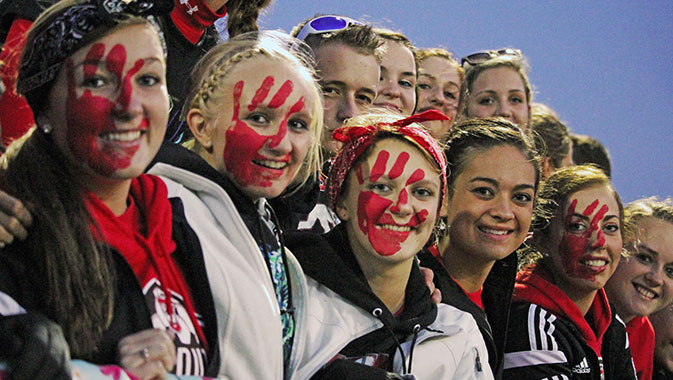