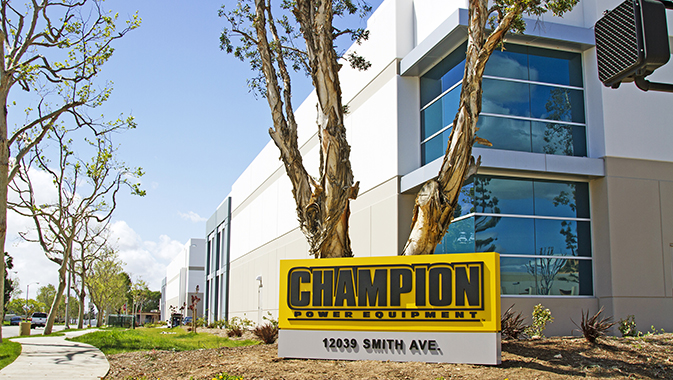 In its decade of existence, Champion Power Equipment has emerged as a force with which to be reckoned in the demanding world of power generation equipment…
~
The company carries everything from portable generators for emergency power outages and units for camping and RVing to permanent home standby generators, inverters, log splitters, transfer pumps, winches, engines and accessories. Champion Power Equipment has earned a reputation for innovation, state-of-the-art design and the finest power equipment on the market.

Champion Power Equipment is committed to providing high-quality, durable and reliable power equipment that provides tremendous value for the dollar. The respected market leader, founded in 2003, has sold over 2.5 million generators across North America.

“In the categories where we play, we have developed a brand name and are recognized as an industry leader,” says Todd Welzbacher, vice president of sales and business development for Champion. “And we pride ourselves in leading-edge technology and development, and one of those examples is entering the home standby generator business.”

Champion has designed, developed, manufactured and distributed a line of home standby generators. Anyone who remembers the major power outages caused by the Northeast Blackout of 2003, Hurricane Katrina in 2005 and the brutal North American ice storm of 2013 –which left millions without power for weeks and caused over $200 million in damage – knows how important electricity really is.

When the power goes off, the Champion home standby generator automatically starts, providing precious energy to safeguard your home, family and assets. No more fumbling in the dark or being unable to cook. No more freezing pipes and no more wasted food in the fridge or freezer. Unlike portable generators, which provide electricity for a few hours, the company’s home standby line reliably delivers continuous electrical power. Instead of being powered by gasoline like portable generators, these units are connected to a home’s liquid petroleum gas (LPG) or natural gas (NG) system.

Champion Home Standby Generators are permanently installed outside the home – much like a central air-conditioning unit – and are wired to the home’s electrical system. The system switches automatically to the generator in the event of a power outage and, since the units are directly attached to LPG or natural gas, they never run out of fuel. Once power is back, the units automatically disengage, immediately returning to the home’s regular utility electrical power.

Without a standby generator, in the event of an outage, heating and air-conditioning units stop working, home security systems usually cease to operations, sump pumps and refrigerators stop. When considering the damage that occurs quickly to a home when these systems stop working, it is small wonder that a power outage of only a few days can cost more than $1,200 in repairs.

Champion’s line of home standby generators is unlike anything on the market. While there are similar systems, Champion’s home standby generator greatly improves on existing designs and manufacturing. These include the ability to start in temperatures of -20°F. “The units are also the quietest in their class from a decibel rating standpoint, which is important when it is sitting outside your house,” says Welzbacher.

During the past twelve years, the company has expanded its North American operations from its headquarters in California’s Santa Fe Springs and now has facilities in Jackson, Tennessee; Milwaukee, Wisconsin and, for the past three years, in Burlington, Ontario. The Burlington location was chosen because it is a tremendous distribution point, and it allows the company to service all major customers cost-effectively.

Champion’s commitment to its customers is unparalleled in the industry. Clients calling customer support staff in the United States and Canada are dealing with factory-trained technicians. Sixteen technicians – including six who are bilingual – are on call to assist with any problem.

“We deal with all the Canadian customers, whether it be whole good inventory, or parts distribution,” says Wales. “And we also talk to consumers on a daily basis.”

Champion employees have in-depth knowledge of the company’s product lines, are passionate about the business and will take as long as needed to solve issues. This is particularly useful for customers using portable generators for the first time, as some of them are calling from campgrounds or deep in the wilderness.

“Champion’s customer service is one of the best I have ever seen,” says Canadian Vice President Brad Wales, who works to ensure that dealing with Champion is a positive experience. “If a customer has an issue that needs to be dealt with, we can deal with that fairly quickly if it’s a quick fix, but if it’s not, we’ll stay on the line and make sure the customer’s taken care of. That is one of our key strengths.”

Design, research and development are carried out in the United States, and quality manufacturing is done in China allowing Champion Power Equipment to provide high-quality products at a reasonable price.

When the company was formed back in 2003, CEO and owner Dennis Trine had already forged strategic business relationships in China through his previous experiences working in automotive product sales and distribution. Along with partners Joyce Ma and Lei Zhao – who had fostered strategic relationships with factories in China – the decision was made to establish a new brand rather than licensing an existing brand. And so Champion was born, and the company was incorporated.

Champion holds stock for many major clients like Canadian Tire and Costco and can ship parts overnight. With products manufactured in China, it is critical to hold backup stock in the United States and Canada that is available at a moment’s notice in the event of power outages, says Dennis Trine.

“When portable backup power is needed, it’s usually needed right away, so we strategically placed the backup stock in Jackson, Tennessee and in Burlington for that very reason,” says Trine. “If we need to react to an event for our retail partners, we have that stock available.”

Champion has experienced significant growth over the years. It sold $4.5 million to retailers in the U.S. and Canada in its first year alone. The next year, when Champion entered the portable power generator business, it sold over $40 million USD across North America, and today sells over $120 million annually.

Four years ago, the company opened a state-of-the-art technology center called Champion Engine Technologies (CET) in Sussex, a suburb of Milwaukee, Wisconsin. CET is Champion’s research and development arm and the hub for the company’s technical innovation. The facility is operated by seventeen of the most talented minds in the country.

“CET pulls together a group of engineers and designers to develop engine designs and sizes for Champion Power Equipment to get us into larger markets,” says Trine of the enterprise, which is now producing a twin-cylinder 720 cc-sized engine that was conceived about three years ago at CET. The engine is designed for use on zero-turn-radius lawn mowers and riding mowers.

“That engine is going to enable us to get into larger-sized power equipment and larger-sized home standby generators – which is a new category we just entered into this year – and also allow us to sell this engine to other manufacturers on an OEM basis.” Part of the reason Wisconsin was selected for CET is due to the Midwestern state having a history of small engine technology going back over one hundred years. “And we picked the best of the best to be part of our team,” comments Trine.

The company has other remarkable innovations, such as its dual-fuel generator that can be powered by gasoline or propane: flexibility especially beneficial in the Canadian market. Champion also continues to build on the success and depth of its product line, introducing new models and sizes with different features, such as remote electric start through a key fob.

“And the important thing with that is, as you partner with people, the more categories you play in, the more relevant and the more important you become to your business partners,” says Wales. “Our breadth of line in multiple categories is also important for our success.” And, with that, Champion will design, develop and create unique new products for years to come. 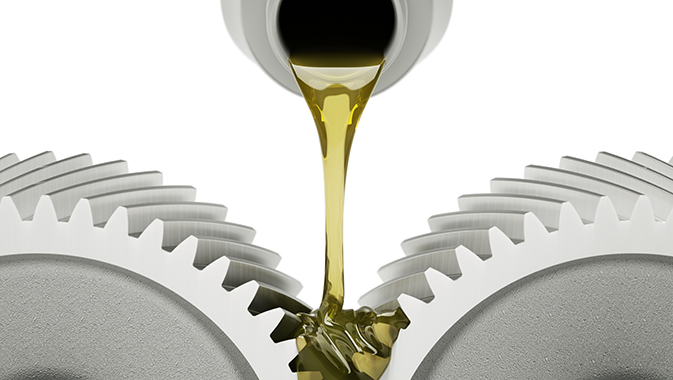