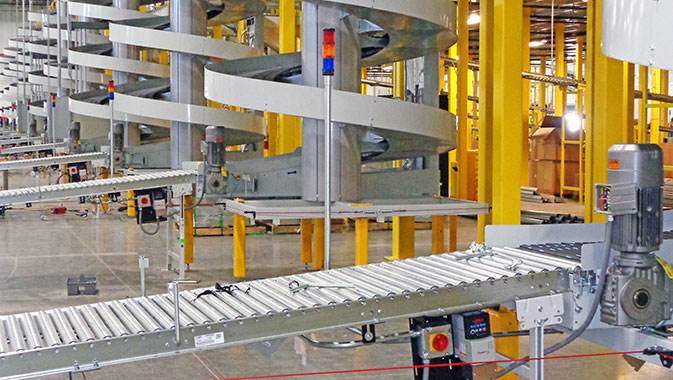 Since its founding back in 1990, BCU Electric, Inc. has grown from being a local contractor in Ashland, Ohio, to become a highly respected electrical solutions provider, taking on a range of challenging projects across the United States.
~
BCU Electric has earned a nationwide reputation for not only the quality of its work, but its abilities to work within very tight time constraints with the utmost professionalism and respect for safety.

“Whenever the schedule is tough, that seems to be when we get the calls,” says Ben Uselton, chief executive officer, owner, and founder of BCU Electric. His company works sectors including construction, infrastructure, and industrial.

A great deal of the company’s success comes from wiring conveyor systems, even under tight deadlines. “One project, a conveyor installation, was supposed to be an eleven-week install, and they gave us three weeks to do the job, and we ended up pulling it off.”

The company completed the conveyor installation on time, working two shifts and with extra skilled staff. To successfully meet the client’s schedule, unionized BCU Electric was able to bring in more electricians from the International Brotherhood of Electrical Workers (IBEW) workforce. “That job should have been a thirty to thirty-five man project, and we ended up with about eighty-eight people in that particular site.”

Uselton entered the International Brotherhood of Electrical Workers (IBEW) in 1978, successfully graduated from a four-year apprenticeship program and soon began working as an electrician for local contractors before deciding to go into business for himself.

Uselton entered the material handling industry and worked on wiring conveyor systems for many conveyor companies nationwide, which soon became BCU’s niche. “Conveyor wiring is our bread and butter and what we are known for,” he says.

Starting with just one employee, BCU Electric, Inc. now has over two hundred yet it remains a family-owned and operated enterprise. In addition to his wife Brenda, who serves as the company’s office manager and comptroller, Uselton has two sons, a nephew and a brother working in the business.

From its headquarters in Ashland, Ohio, BCU Electric is known across the United States for its range of electrical services. Along with the professional installation of conveyor and material handling systems, it covers electrical project design, installation and maintenance services. The company also takes on many other projects including control systems design and programming, control panel design and build, and equipment wiring and installations for industrial, commercial, agricultural, and athletic facilities.

BCU Electric personally manages all job sites associated with the company, ensuring professionalism, efficiency, craftsmanship, and adherence to safety procedures at every stage.

The company has a strong focus on relationship-building and has earned considerable repeat business for its expertise, quality of work, and value for the dollar. “We’re not going to be the cheapest game in town always, but when you put everything together with quality – and being able to hit the schedules you want, along with a very competitive number — all three factors combined mean our customers are getting the best value, and that’s how we promote our business.”

BCU Electric’s works include installations for several local High Schools and Universities. Being located in a farm community, the team has worked on a range of agricultural electrical installations. It has also been involved in many other projects that require electrical design-build, power, control and equipment wiring.

The company works with many builders and conveyor manufacturers. Among BCU’s clients is Pittsburgh Glass Works (PGW), a leading supplier of auto glass and shop accessories. These projects saw the company taking on equipment wiring, and distribution equipment work. Another large client is the manufacturing company Packaging Corporation of America (PCA), headquartered in Lake Forest, Illinois.

The company is currently working on the wiring for outlets of major, Internet-based retailer Amazon.com. Among the company’s many other projects is one for the Yokohama Tire Corporation, which recently selected West Point, Mississippi as the location of its new U.S. commercial truck tire manufacturing plant, which is slated to manufacture one million tires per year.

Much of the company’s work comes from the conveyor companies with which it works, says Uselton. “We do our work for the conveyor manufacturer. They do the design and the layout. They build the conveyor, and we wire it for them on-site.”

In addition to its affiliation with the International Brotherhood of Electrical Workers, BCU Electric is allied with the National Electrical Contractors Association, better known as NECA. The association serves as the voice for America’s $130 billion electrical contracting industry, which brings electrical power, lighting and communications to buildings and communities across the country. As it takes on projects in a number of geographic areas, the company’s membership with NECA has proved beneficial time and time again, providing BCU Electric with relevant information.

“A lot of times we pick up the phone, and that affiliation – being a NECA contractor nationally – tends to help us out,” states Uselton. “They give us the information on the area; they make a call ahead to the unions and say, ‘Hey, these guys are coming in.’ Plus, there are different wage packages all over the place. So, they help us with reporting and forms, and NECA stays on top of legislation and everything else that is going on, including new products. They are also involved with a lot of different things. Safety being one of them. We get our Material Safety Data Sheets (MSDS) on-line and some of safety information through the NECA.” To date, the company has won several awards for safety.

The company has provided its one-stop shop services to a range of clients, including those in the rubber industry. “We do the programming; we do the panel fabrication; we do the start-up; we do the electrical install, so it’s a turnkey,” says Uselton.

BCU Electric has also hired in-house controls engineers to design and layout systems. “We will be adding additional programmers and control engineers to our services, and we’ve only really just started this in the last year. That’s one of the services we provide, and I see that taking off.”

The company has plans to create a division to handle client needs for fiber and communications, such as Ethernet wiring. Sales have doubled each year for the past three years and the team anticipates sales will continue to grow.

“For the near future, I see that just by talking to our existing customers we have in place that next year is going to be another huge year.” 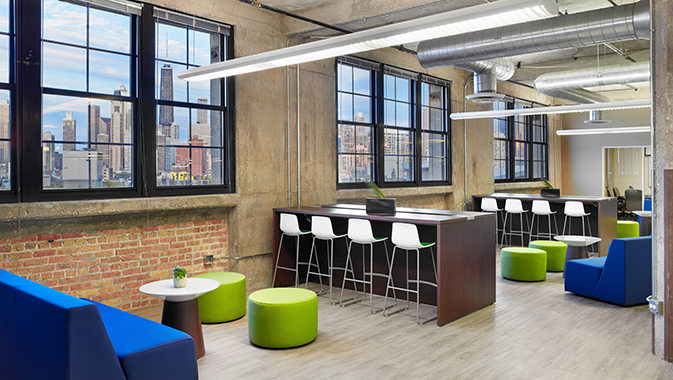 The ‘Hardt’ and Passion for Project Success