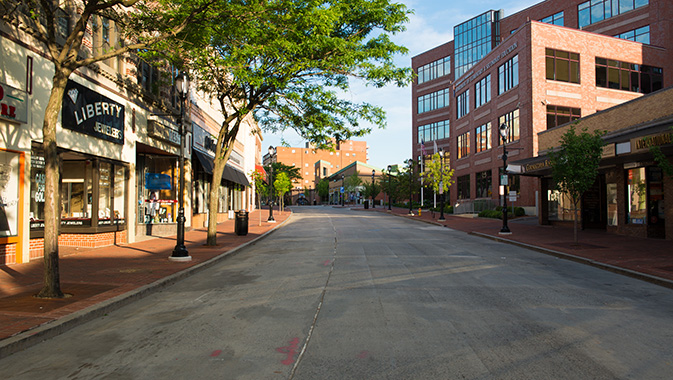 Malden, Massachusetts has become a center for business and commerce. Famous for its diversity and opportunity, the Boston suburb enjoys a prime location in the center of New England’s life sciences hub.
~
Since Business in Focus profiled the city last year, Malden has enjoyed a steady stream of incoming investments, as high profile companies pour in and new developments break ground.

In the three years that Gary Christenson has served as Malden’s mayor, he has overseen more than 100 grand openings of new businesses. “That is quite an accomplishment,” Mayor Christenson points out. With a foundation already firmly laid, the city has now turned its attention toward large businesses able to pack a real punch. “In the last couple of years we have focused on some of the bigger companies because we are trying to increase our daytime density.”

The efforts have paid off and the city has recently landed Cambridge Health Alliance – a leader in academic healthcare – as well as Hoffs Bakery and New England Security Group, bringing in a combined total of 650 new jobs. “We are really starting to market Malden and its position in the greater Boston area,” Strategy and Business Development Officer Kevin remarks. “And large companies are taking notice and moving here.”

Not all successful businesses in Malden are newcomers. In fact, two local companies will be celebrating their centennials next year. “So whether it is a company that just moved in last month, or a company that has been here a hundred years, Malden’s location and attributes have been very successful for business.” The proof is in the pudding.

Businesses located in Malden are just minutes from Boston, but enjoy the advantages of a lower cost of doing businesses. “We are 12 minutes away by subway, fully accessible to downtown,” says Mr. Duffy. The local workforce also enjoys easy access to the commuter rail and the bus system. “And, add in that we are only three miles to Logan Airport and that we have major highways on either end of the city so that you can quickly get plugged into the regional highway network to all of New England. So whether you are a distributor, or you are trying to access a workforce, Malden’s location gives you [what you need].”

Malden’s close proximity to Boston – America’s life sciences capital – has encouraged city leaders to set their sights on the lucrative biotech industry. Last year, Business in Focus reported that Malden had just earned a Gold BioReady Rating from the Massachusetts Biotechnology Council, designating the municipality as an ideal location for the industry to take hold. Malden quickly lived up to expectations. Since earning the certification, two biomedical device companies have moved in, as well as a venture capital firm operating within the sector. “They want to be near Boston, they want to be near the Mecca of Kendall Square [in Cambridge], but now they are seeing that they can get much more affordable places in Malden.”

In order to create even more benefits for the incoming biotech industry, Malden has partnered with the Massachusetts Life Sciences Center (MLSC), an investment agency that supports life sciences innovation, research, development and commercialization. A new MLSC educational collaborative has been designed to develop the local workforce, so that leading edge companies will have no trouble filling positions. As a result, incoming biotech firms are finding that Malden’s positives go far beyond its close proximity to Boston. “They are actually getting their workforce trained for them,” Mr. Duffy explains. MLSC also has a collaborative through which innovation companies from around the world are invited to partner with Massachusetts academic medical centers. One of the biggest of those companies happens to be Cambridge Health Alliance – which just chose Malden as its new location.

New developments are springing up throughout the city to accommodate Malden’s incoming businesses and growing population. “We have $50 million buildings going up left and right,” Mr. Duffy reports. “We are proud to say we have about $700 million worth of investments has come into the city or is in the pipeline currently,” says the Mayor. The majority of this development is transit oriented, allowing the old neighborhoods to retain their character while still providing the space that Malden’s rapidly expanding business sector needs. These new developments intentionally take advantage of the city’s train station to create a convenient, environmentally friendly lifestyle for future residents. “People can avoid getting in a car. They can jump on a train and use mass transit to get in and out.” And these new housing opportunities are bringing in a demographic that benefits Malden. “We have some beautiful apartment buildings that are really attracting a young demographic; young professionals, grad students. They are coming in with a lot of disposable income.”

The city’s new development plans will also greatly improve access between the train station and Malden’s downtown. The first step will be to tear down the current City Hall. “By tearing down City Hall and reconnecting the street we should be able to make a conduit for customers to all of our downtown shops,” the Mayor explains. For thirty years, the building has stood in the way of pedestrians, discouraging commuters from taking full advantage of Malden’s downtown amenities. “It is right next to our train station and it blocks the downtown from all the foot traffic that goes through there. When they built City Hall and shut off the street from the T [the public transportation system], almost immediately people recognized that it was a mistake, but it was almost insurmountable to develop a plan that allowed you to move out and demolish this building.”

A private developer is going to replace the current City Hall building with a mixed-use facility featuring apartments, retail space, and office space – including square footage for the new city hall. “This is one of the first mixed use developments that contains not only residential and retail, but also civic,” Mayor Christenson remarks. Mr. Duffy adds, “We believe it is the first in Massachusetts and quite possibly the first in the nation to do it in such a way.” The city will purchase 40,000 square feet of condominium space within the new facility. “City Hall will still own its own space, but it is tucked inside mixed-use. It is the only way we could have done it because a new [single-use] building was two to three times the cost.”

The new development will include more than 30,000 square feet of available class A commercial space, which will be a real boon to Malden – and to the national retailers looking to move in. “Being a very old city by American standards, there isn’t a lot of class A commercial space here,” Mr. Duffy explains. “It is really in high demand.” The new mixed-use facility should be move-in ready in 2018.

Mayor Christenson plans to continue forging ahead with new initiatives and developments that will benefit businesses and residents. At the moment, he is working on realigning the city’s zoning laws to better suit the biotech industry. “Incubator and lab space is in high demand here in Massachusetts – the center of life science innovation. So we are trying to accommodate [those businesses].” If the initiative passes, the zone for R&D operations would expand significantly, giving firms more relocation options. Just 3 ½ miles downriver from downtown Boston, the scenic location would be ideal for young talent looking to hone their skills or grow a business.

Malden is just a stone’s throw from Boston, long recognized as a center of academia and life sciences. The suburb has utilized its location wisely, investing in initiatives and developments that will support the growing biotech industry. As a result, businesses that once flocked to Boston are choosing Malden instead – and reaping the rewards, from a lower cost of doing businesses to a talented workforce. 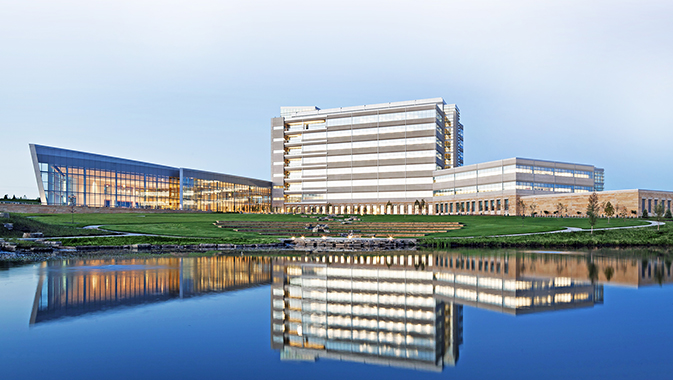