From Humble Beginnings to Industry Leader 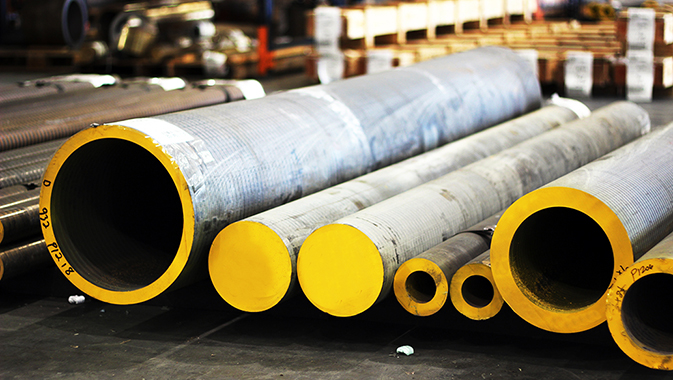 For over thirty years, National Bronze and Metals Inc. has worked to forge a reputation both as a distributor and manufacturer of a vast selection of brass, bronze and copper alloys. From humble beginnings in a small warehouse in west Houston, NBM Metals has grown to become an industry leader and now offers an unmatched selection of quality alloys and unrivaled service.
~
NBM Metals was established in 1983 with the goal of addressing the increased demand for copper based products in the United States. As opposed to relying on agent sales and other operations to import their goods, NBM shareholders decided to purchase a small bronze distributor in Houston, Texas to distribute its brass and bronze products in the U.S.

The Houston location enabled it to bring its products more efficiently from the South African extrusion mill and foundry to local machine shops by providing direct shipments to its U.S. customers. Houston was an ideal location, logistically speaking, and enabled NBM Metals to position itself for great success in the industries it serves.

By 1986, the company had grown to twelve employees and was selling $2 million in products annually. Shareholders made the decision at that time to cease direct dealings with smaller machine shops to become what Michael Greathead, president of NBM Metals, describes as a ‘master distributor’.

NBM Metals’ access to an expansive network of mills around the world enabled it to take full advantage of its product sources. It effectively become the representative for these mills and developed a substantial inventory in the process. In doing so, NBM Metals could satisfy any customer need with shorter lead times and with on-time delivery.

“We moved from twelve people to thirty-five people over about seven years,” Greathead said, “And we moved from $2 million to about $10 million over that same period, the objective always being for NBM Metals to be a distributor of the product into the marketplace for the other service centers throughout the United States.”

While maintaining a strong focus on growth, the business evolved over time, as the company identified the benefits that could result from having its own manufacturing facilities to address increased demand. By 1997, NBM Metals expanded its operations to include a foundry and became a manufacturer in addition to its role as a master distributor.

NBM had been looking for a foundry in the north east of the USA and found a facility in Lorain, Ohio. By bringing together the property with NBM’s resources to equip the site, the new foundry was born, enabling NBM to begin manufacturing a broad range of bronze, copper and brass alloys at the continuous-cast foundry.

“We carry the most extensive range of copper-based alloys of any company in the United States,” stated Greathead proudly. “Not the most in quantity of necessity, because there are brass manufacturers that carry millions of pounds, but there is nobody who has what we’ve got in terms of the range of copper based alloys in inventory.”

In 2002 the Ohio location became fully dedicated to manufacturing to support the Houston operations, which had grown to $20 million in annual turnover. There was, however, one major issue. The foundry had not been operating at its full productive capacity due to its age and condition, leaving the company with the decision to completely overhaul the facilities or leave manufacturing behind.

By 2006, business at the Houston operations reached $50 million and something major needed to be done to support this growth. “The foundry facility was old. Some of the technology we were using was old, so we made a big decision, and that decision was either get out of the manufacturing business or build a whole new plant.” And so, a new plant was built.

The new facility, a $28 million state-of-the-art investment with new technology imported from Europe, cemented NBM Metals’ position as an industry leader. NBM Metals revolutionized the continuous-cast bronze industry through the use of new casting techniques and practices.

The facility’s horizontal casting system has computer-controlled furnaces to provide consistent temperatures for casting, ensuring uniformity in fabrication. “I can tell you, without a shadow of a doubt, there is not a foundry like it in the United States.” The facility is considered to be one of the top-producing, continuous-cast foundries in the U.S.

“There is a very clear differentiation between our foundry that exists today and the other foundries that exist in the United States. Nobody has built a new foundry for years. We’ve had compliments from overseas and domestically. We’ve been visited and approved by visitors like Rolls Royce, to give you an example of the caliber of customers who have seen our operation.”

By February 2010, NBM Metals was manufacturing in its new facility, although the economy had entered tumultuous times. NBM was able to fight its way through the recession and continued to manufacture standard inventory lines used by most service centers and original equipment manufacturers (OEMs). It played to its strengths while finding a way to carve out a niche for itself in new industries such as aerospace. A machine shop was added in May 2012 to support its growth.

The company has grown to over one hundred employees at the Ohio facilities and seventy-six in Houston. These are experienced staff, many of whom have long-serving tenure with NBM Metals. “It’s a tough industry, but we’ve got some very good people,” said Greathead.

Annual turnover exceeded $100 million in 2012, a momentum that has been maintained and built upon every year since. The company has expanded its business with OEMs which has been the catalyst for its most recent wave of growth. In 2014, NBM Metals’ historical sales exceeded $1 billion, a landmark achievement accomplished in only thirty-one years.

NBM Metals opened offices in Toulon, France in April 2008 to provide further outlets of various specialty copper based alloys and in May 2012 opened up a sales operation in Monterrey, Mexico which will shortly be upgraded to a full warehouse distribution center. These two locations provide further growth for NBM Metals on the international stage.

The company’s substantial offerings of brass, bronze and specialty copper alloys come in a variety of shapes including tubes, rounds, hollows, rectangles, squares, hexagons, plate and made-to-order shapes for customer-specific applications. With over one hundred different copper based alloys in inventory, it has asserted itself as the leading U.S. alloy manufacturer and distributor.

NBM Metals is fully committed to uphold strong quality controls and meeting or even surpassing all regulatory standards to which it is subject. Both the Ohio and Houston facilities have extensive quality-control procedures and certifications.

The quality control department in Ohio is comprised of a chief metallurgist, a quality control manager and a chief inspector with a team of quality inspectors in various departments. They are responsible for controlling quality at all stages of production, as well as in the shipping and receiving of products.

The company has a history of providing superior quality products and outstanding service, backed by a number of certifications including ISO 9001:2008 at both the Houston and Ohio foundries with certifications from leading industrial companies including Safran Messier-Bugatti-Dowty, and Rolls-Royce.

“Quality is something that we are very proud of and feel very strongly about,” said Greathead. NBM Metals is working on AS9120 certification, the stringent quality standards for the aerospace industry as it has greatly increased its market presence in this area. NBM inventory already meets the ASTM specifications, including US Federal, military and aerospace specifications, where applicable.

“It’s just a case of wanting to get better. It raises the bar in terms of achieving that from a perspective of both distribution and manufacturing, so quality control is very important to us.”

From 1987 until 2008, when the economy slid into decline, NBM had twenty-one years of continuous profitability and was able to fight through those tough economic times by focusing on its operational goals, quality standards and business plan. “We are a going concern, and a going concern remains in business,” said Greathead.

“NBM Metals is fortunate that we have a strong balance sheet, and we have very strong support from our shareholders. You’ll go through some tough times, but as long as you keep remembering your customers and you keep remembering you’re in business to be in business, not to sit on the sidelines, then you will fight your way through the challenges.”

Forward-thinking company leadership and a strong emphasis on facilitating and supporting growth reinforce NBM Metals’ reputation as the master distributor and manufacturer of copper based alloys in the United States.

Moving ahead, the company intends to invest further in its technical manufacturing capacities. It is looking to add its own heat-treating facility over the next twenty-four months despite the challenges it is facing as the result of slumping commodity prices. NBM is well poised to overcome these market dips.

In addition to expanding its facilities and adding CNC lathes to its machine shop, NBM will continue to look towards their niche markets, such as aerospace, to maximize its market reach and expand its customer base.

“We came from nothing,” stated Greathead, “Today, we have positioned ourselves as a leading supplier with a world class reputation, and with an unparalleled range of copper based products in inventory.” 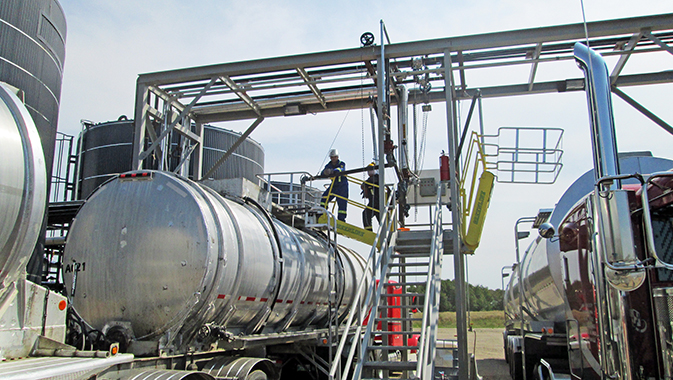 The Future of Roads

From Humble Beginnings to Industry Leader