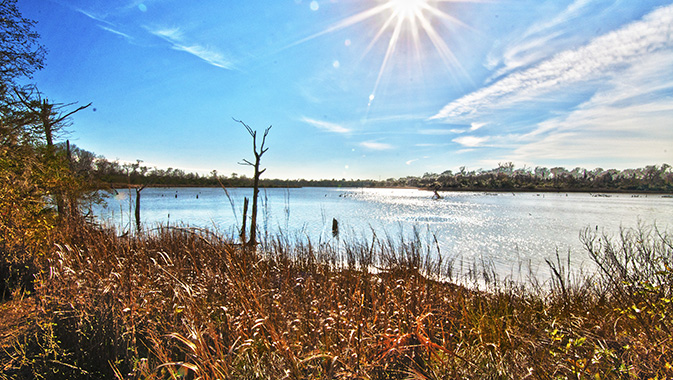 Boasting a host of business incentives — from a prime location near key highways, two major municipal airports, and a strong and well-educated available workforce to top-tier educational resources, close proximity to the Texas Medical Center and NASA’s Johnson Space Center, a responsive government, and a strong sense of community pride — the City of Pasadena, Texas, remains committed to economic development and success for the city and its surrounding regions.
~
Founded in 1893 and incorporated in 1928, the southeastern Texas city was named after Pasadena in California. Located in the southeast Houston metropolitan area, in Harris County, Pasadena was known initially for its prime agriculture. The city grew considerably over the years. With the outbreak of World War II in 1939, Pasadena saw a rapid growth of petroleum plants to meet the war effort. Today, Pasadena continues to build its economic base and population, which has expanded to about 160,000.

“We are the largest metropolitan city outside of Houston, about 55 square miles,” says Paul I. Davis, Director of Economic Development, “and our tax base is over six and a half billion dollars in value.” Incorporated as the Pasadena Second Century Corporation, a 4B sales tax corporation, about $9 million in sales tax revenue is collected every year. “I really am a salesman for Pasadena,” he says of his role. With the primary objective of fostering and growing the economy of Pasadena, the department focuses on job creation, investment in the community, and the Bayport Industrial Park under the leadership of Mayor Johnny Isbell. Mayor Isbell has been in the city’s leadership as Mayor and Council member for 35 years as well as a businessman in Pasadena for 44 years.

“We believe our location is an incentive,” says Davis, “but we realize we are in the business of competition — competing with other cities, counties and other states — and so our criteria is based on the number of jobs and capital investment. And where the industry is interested in incentives, we look at tax abatement, relocation incentives, infrastructure incentives, and workforce development training incentives.” Compared to other cities, including Brownsville, McKinney, Mesquite, Killeen and others, Pasadena’s tax-supported debt (as of August 31, 2013) was $110,310,000 tax supported debt outstanding, with tax supported debt outstanding per capita of $722.

Transportation Links
Created in the 1970s, Bayport Industrial Park — located just outside the city limits — boasts a number of businesses, ranging from petrochemical refinery to oilfield services to chemical manufacturing and more. A highly attractive business site, the 10,000 acre Park is now down to slightly over 3,000 available acres. One of the many reasons for its popularity is proximity to transport and infrastructure. “There are plants and office warehouses, because we are just within five miles of our own container port, which is owned and operated by the port of Houston authority, and the Bayport container port is in Pasadena,” says Davis. Additionally, the City of Pasadena is bounded by Highways 225, 146, the Beltway, Interstate 45, and Loop 610. With considerable roadway access, the city is also just a brief drive — less than an hour — from George Bush Intercontinental Airport, 20 minutes from the William P. Hobby Airport, and about 10 minutes to the Ellington Airport. Attracting numerous businesses, the Park remains particularly attractive to manufacturing.

With numerous advantages to businesses interested in establishing a presence or relocating in Texas, Pasadena is strategically located near the nation’s fourth-largest city, yet does not have the gridlock associated with major metropolitan areas. Over the decades, the area has become known for a number of industries, including aerospace, which remains a significant employer through NASA’s Lyndon B. Johnson Space Center (JSC). Situated on 1,620 acres, the complex of over 100 buildings, known as ‘Space City’, officially opened in September of 1963. As one of ten major NASA field centers, JSC employs over 3,000 individuals.

University and College Training
To capitalize on the area’s strong ties to the aerospace sector, the City of Pasadena connects with educational institutions and has collaborated on a number of programs. One is the Space Alliance Technology Outreach Program, better known as SATOP, which was designed with the expertise of the U.S. Space Program to provide valuable structural, environmental, material, and other information to the private sector. A State of Texas-funded initiative, SATOP is effectively administered by the Bay Area Houston Economic Partnership and has, since 1999, created or maintained more than 500 jobs, solved over 600 technical challenges, and directed in excess of $125 million into Texas’ economy. Owners of small businesses faced with technical challenges are able to receive 40 hours of assistance from skilled engineers knowledgeable in a range of disciplines, from environmental and manufacturing to materials, mechanical and more.

Another one of the City of Pasadena’s many advantages for businesses is its close relationship with the San Jacinto College District. In addition to its three campuses and seven extension centers, San Jacinto College has numerous outreach programs, and has developed and fostered a solid track record for identifying and fulfilling training needs for industries in the area. The College boasts has a full complement of skill development opportunities benefiting local businesses, including engineering, information technology, environmental science, health sciences, petrochemical, maritime and more.

“Typically, for skill development training, we would engage in a grant for the industry to use San Jacinto College,” explains Davis. “And if they don’t have the menu, they will design a curriculum for the industry.” In addition to collaborating with employers to provide educational courses to meet training and hiring requirements, San Jacinto College also offers transfer programs, “with guaranteed admissions to many Texas four-year universities for students seeking an associate’s degree with the goal of moving on to a bachelor’s or graduate degree.” Other educational resources for businesses and residents include The University of Houston at Clear Lake, which offers a range of undergraduate, graduate and doctoral degrees in a number of academic and applied disciplines, and Pasadena Independent School District’s newly-opened career tech high school to help meet the needs of industries in the city.

Providing numerous advantages to existing employers and new businesses establishing themselves in the area, the City of Pasadena also has a very strong commitment to community. With the highest standard of living, the city features many parks, recreation programs, churches, and other amenities. It is home to Armand Bayou Nature Center, a 2500-acre nature preserve that is one of the largest urban estuary environments in the United States. With the largest volunteer fire department in the country, the City of Pasadena also offers training for a police citizens Academy, which has provided many benefits to the community and law enforcement.

Pasadena Convention Center and Fairgrounds
Situated on a 160 acre site, the Pasadena Convention Center and Fairgrounds boasts ample indoor and outdoor space for events of all kinds. With over 40,000 square feet of air-conditioned space, in excess of 63,000 square feet of covered outdoor space, along with another 100 acres, the location is ideal for expositions of all kinds. Accessible from major highways, the Port of Houston, and Houston’s Hobby Airport, the Exposition Hall boasts ample room, climate control, sound systems, banquet seating, dressing rooms, parking, and much more.

In the city itself, locals and tourists alike benefit from The WOW Project. Initiated by Mayor Johnny Isbell in 2009, The WOW Project has seen the city beautified through flowers, trees and other visual improvements. Approximately 90 percent complete, reactions to the project from residents, businesses, and tourists have been extremely positive. While the area still holds on to its Western traditions — parts of the film Urban Cowboy with John Travolta were filmed in Pasadena and the city enjoys an annual two-week rodeo and livestock show – it is also embracing the future. “In many ways we are making that transition, holding on to some of the past, but becoming an urban community with quality of life emphasis. And The WOW Project has really gone a long way to change the city to a more upscale look.”

With a strong value system and a diverse community, the City of Pasadena, Texas continues to attract new businesses while maintaining existing ones. Getting its message across through economic development councils and numerous associations and partnerships, Pasadena has an attitude that it is part of the Houston metropolitan area, which has resulted in more of a regional emphasis than an individual one. “When my neighbors win an industry, we feel like we all win, and vice-versa,” says Davis. “One of the many things we have going for us is our business-friendly climate.”