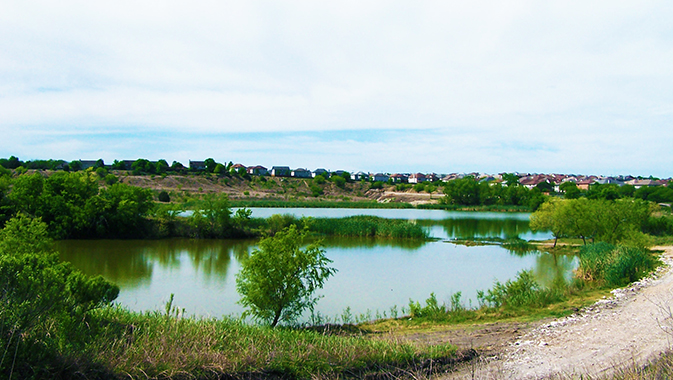 Although now seen as a relic from the past, the ‘iron horse’ and its accompanying rail lines were influential in stimulating societal, political and economic development throughout the U.S. in the 1800s. From the laying of the first rail to the driving of the last spike, railroads were the precursors to settlement and, most often, the stimulus for large-scale settlement. It was the golden age of railroads that connected the nation and fostered prosperity and opened gateways to discovery.
~
Like many communities throughout the U.S., Converse, Texas was born out of the railroad construction boom. Founded in 1877 and incorporated as a city in 1961, Converse is deep in the heart of Texas with a population of 20,000. The city is named for Major James Converse, a railroad engineer commissioned by the federal government to build a line from Houston to San Antonio in the 1860s.

Converse is in Bexar County, the fourth largest county in the state, and is a suburb of San Antonio, which lies fifteen miles to the southwest. Its ideal location places it at the crossroads of major state highways including the I-35, I-10 and Loop 1604. The expansion of Loop 1604 is currently in the last phase of expansion and is expected to be completed in 2016. The work on 1604 will widen it from two to four lanes to accommodate the city’s growth.

“Approximately $38 million has been pumped into the area by the state to improve the roadways and expand them for growth,” affirms Mayor Al Suarez. He adds that Converse is, “one of the few cities in the northeast that have public transportation from San Antonio. That’s a major player here for mobility as well.”

The city’s economic development corporation, responsible for the impact study and master planning of the 1604 commercial corridor, has identified parcels of land along the corridor that have potential for development.

“We have about one thousand acres of undeveloped available land for commercial development,” says the Converse Economic Development Council (EDC) Executive Director Kate Silvas. “We’d like to promote to businesses that we are in a great location, and we have incredible opportunity for them to succeed, not only in retail, but in industry.”

Converse has an industrial park that is nearly built out and the city center has several acres rezoned for industrial use. “We would like to pursue manufacturing at that location.”

The Port of San Antonio also serves as an international airport and an industrial hub with a Foreign Trade Zone designation. The port generates over $4 billion of the region’s economy annually.

With local and state incentives available to assist new and existing businesses, the city strives to ensure that its businesses succeed. Silvas refers to the triple freeport incentive, as an example, that, “basically allows for duty-free, tax-free incentives for qualified inventory that is warehoused in Converse. It is not subject to taxes for the county, the school district and the city. As long as that inventory leaves the state of Texas within 175 days, then it is duty-free.”

Capital grant assistance, tax abatements and state programs are also available to businesses. “We’re willing to do whatever it takes to help a business succeed when they choose Converse,” says Silvas. She explains that, unlike San Antonio, building permits can be issued in thirty days, rather than months. “We’ll do everything in our power to make sure that [businesses] succeed,” adds Mayor Suarez.

Many diversified businesses have indeed found a home and success in Converse – all 250 of them. The manufacturing sector is strong in the city with such names as Ingram Ready-Mix and Featherlite Building Products, a division of concrete block manufacturer Acme Brick. There is also MeadowBurke, “an international company that produces anchor systems for such applications as the Freedom Tower in New York City,” she says. “So all that comes directly out of Converse.”

Silvas would like to see more growth in the retail and technology sectors. Technology is, “an industry we can focus on since we have such a young population.” She indicates that the growth of Converse is a reflection of the growth trends in the manufacturing and technology sectors in San Antonio in recent years. “A lot of our growth has to do with growth in San Antonio and growth in Texas, certainly. A lot of our residents are commuters to San Antonio and the surrounding region.”

There’s no question that a serious skills gap exists in the U.S. In manufacturing alone, at least six out of ten positions remain unfilled due to a talent shortage according to a 2015 Deloitte report. “The workforce is where businesses are attracted,” says Silvas. “Without a skilled workforce, really, a region has difficulty promoting its opportunity for business.”

Converse has several community colleges and universities in the region to provide the higher training that is desperately needed for businesses to grow and flourish. These include San Antonio College, the University of Texas (San Antonio); Trinity University (San Antonio); and Texas State University in nearby San Marcos, among others.

In addition, Converse EDC has partnered with Northeast Lakeview College in nearby Universal City, to discern current and future skilled workforce needs for the region. “[Lakeview] has great opportunities to increase access for our businesses to succeed and take advantage of skills development funds that are available through the state,” says Silvas.

She also notes that the EDC has been in contact with the Alamo Workforce Development Solutions Board that works to connect employers and people so that a much sought after educated, skilled workforce can be realized.

The board provides, “opportunities to increase access to those resources for our businesses but also to localize it,” she says. Additionally, Judson High School, one of the largest high schools in the state, has approximately 3,000 students and, “we intend to help them become gainfully employed here in Converse.”

One of the largest employers in the immediate area is Joint Base San Antonio (JBSA)-Randolph. San Antonio is referred to as ‘Military City, USA’, with an amalgamation of the U.S. Army’s Fort Sam Houston and Randolph and Lackland Air Force Bases. Randolph has a population of approximately 12,000 employees and Converse has “a big military community. We work very closely with Randolph,” adds Mayor Suarez.

JBSA-Randolph contributed to the 1604 corridor study. In fact, community officials have been working with the installation and with Congressman Cuellar to help kick off development by providing for a new gate to be constructed at the base to benefit residents in Converse and the installation. It would provide “an opportunity for an opening, not only for the residents, but also the people coming in and off the base, to gain and provide economic development opportunities for the area,” says Silvas.

Converse is recognized as being one of the most affordable suburbs of San Antonio as well as one of the safest. “We’ve worked hard to provide the services to the citizens, the residents and the businesses that they need to make sure that they’re safe and able to raise a family and succeed as a business,” says Silvas. “We believe in providing services that are second to none.”

Mayor Suarez says that his city is experiencing “explosive growth” and its population has doubled since its last census. That’s good news because, “we planned for this,” he adds. “There were a lot of things that were planned for the future long-term vision.”

And Converse makes it a priority to ensure that new and existing businesses are appreciated for moving the city forward. “We really value our business community,” Silvas continues. “Converse is an undiscovered jewel in central Texas. It is a prime location, ready and ripe for development. It’s a city with a progressive, pro-business government that will do anything it takes to help a business profit and succeed in the community.”

Mayor Suarez concurs. “Converse is really an up and coming place. It has not been discovered yet by the development community. But we’re making inroads on making a difference there.” 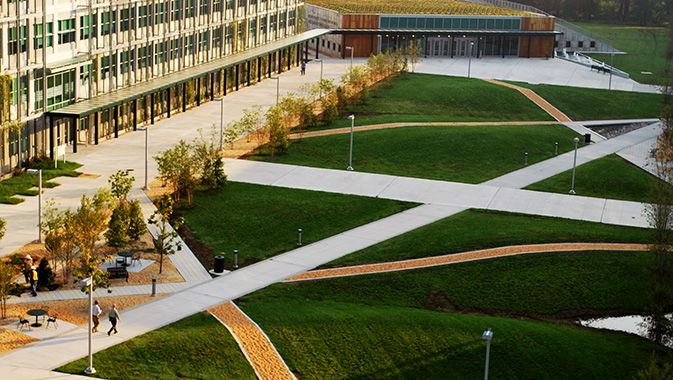