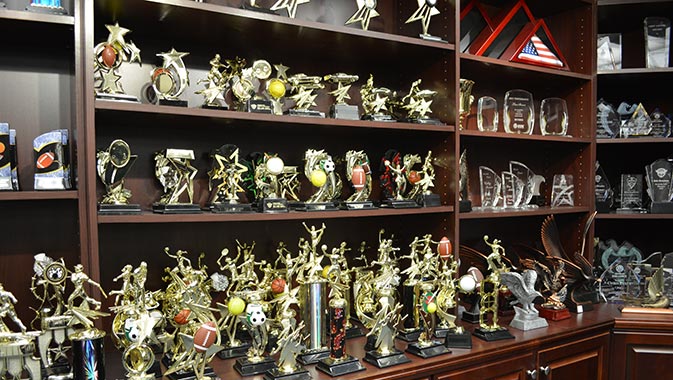 Since its inception, Plastic Dress-Up Company (PDU) has been a leader in the award and trophy industry. As the first company to manufacture plastic trophy components, PDU continues to revolutionize the industry by remaining innovative and adapting to meet the diverse needs of its customers.
~
Headquartered in South El Monte, California near Los Angeles, PDU is an international supplier of raw materials for award and recognition products such as trophies, plaques and medals to retailers. The company has 21 distribution locations throughout the United States along with international distribution centers in Canada, Europe, Australia, South America, Africa, and other areas.

In fact, PDU products can be found in more than 40 countries worldwide. The success of the company over the past 60 years has been built on its reputation for quality and its ability to remain agile in changing times. PDU continues to provide the highest quality products in the industry at affordable prices for its customers.

Chief Operating Officer Dennis Funk spoke with Business in Focus about Plastic Dress-Up Company’s developments and growth over the years. “There are over 8,000 trophy shops in the United States, and most trophy shops do not stock inventory,” he explains. “We sell raw materials to them. Plastic Dress-Up Company is a just-in-time supplier for these shops because people want their needs met right away. It is very important that we, the supplier, can provide them goods on a next-day basis. We are the go-to company when it comes to anything trophy related. ”

Originally launched in 1959 as a custom decorating company, PDU started by finishing plastic components which looked like metal for television companies and the auto industry. However, there was a growing need to mass-produce trophies for the various bowling and baseball leagues that were rapidly popping up in the postwar American suburbs. PDU forever changed how trophies were made by developing the first plastic award components for trophy shops in the 1960s.

“At that time awards were made of real metal or wood,” Funk explains. “Plastic was perceived as cheap and it took a real leap of faith for people to be recognized using plastic components. There was a sea change of vision to undertake that.”

The first plastic trophy materials were released to retailers in 1965. At its peak, the company had over 400 workers operating 24 hours a day, seven days a week at its factory in Southern California. By 2006, the company shut down most of its U.S. manufacturing operations and PDU made the transition from a U.S. manufacturer to an importer and wholesale distributor.

The company also provides thousands of custom made awards every year, and can help people brand awards or trophies for just about any business, organization, sport, event, or activity. Custom awards help companies build brand recognition while offering unique awards not available anywhere else.

PDU was also one of the first companies to mass produce resin sculpture awards. Other unique products PDU sells include promotional items such as USB power banks, cigar humidors, barbecue sets, and wine boxes. “We can sell to gift shops and help trophy shops expand their business,” explains Funk. “Not only do we provide clients with their corporate needs, but we also provide promotional products. Those specialty items have taken off pretty well for us.”

Another way PDU has stayed on top is by finding trends that may have been seen as obscure, but turned out to be at the leading edge of niche markets. For example, the company sells trophies for fantasy football championships and a line of pink products, including items that are painted pink for Breast Cancer Awareness Month in October.

As an industry leader, PDU has been quite adept at keeping up with the latest trends. Even during the economic downturn, the company learned what to do and what not to do in order to stay in business. “The industry has been hit hard since the 2008 recession; a lot of schools and youth sports leagues took a big hit. Parents stopped enrolling kids in leagues and teams started giving fewer awards. Some went from supplying trophies to supplying less expensive medals and certificates.”

Besides the economic downturn, there was another, more unusual reason why the trophy business faced a downturn. “There’s been a psychological backlash against every child getting trophies, especially since the recession,” shares Funk. “The argument made is that it hurts children when every kid gets a trophy. We believe that every participation trophy handed out rewards children for their work and that recognition is motivation. When a child is recognized, it is amazing how they value earning a trophy.”

However, Funk explains that the corporate side of the business is growing as the economy recovers. “Trophy shops have been doing what they can to shave the costs of raw materials. We rose to the occasion to provide trophy shops materials at lower prices.”

In spite of the economic slowdown, PDU is always doing what it takes to continue to grow its business. “The plans we have are continuing to focus on new products and always trying to find the latest designs; no one wants the same thing two years in a row so in many ways, we’re like a fashion business. We spend millions of dollars each year on new product development.”

And the company’s efforts have been recognized by the broader industry. PDU recently received its own award at the Awards and Recognition Association Gala for best business website in the industry. Also, many of the company’s sales reps have been awarded as best sales reps of the year, and some have worked with PDU over 30 years. “We’re really proud that; as the industry has shrunk, we have continued to grow,” says Funk.

Another area for PDU’s future growth will be its custom award business. As Funk explains, “We hired people to focus on nothing but custom trophy top [the figure at the top of a trophy], columns, medals, sculpted awards, and custom acrylics for high-end pieces. We have also been investing, meeting the trophy shops’ needs for lower prices.”

One way for PDU to keep these costs low is to spread its manufacturing operations around. The company recently opened a new plaque factory in Vietnam, which enables the company to provide trophy shops throughout the world with lower cost materials. Smart systems to facilitate the distribution process also keep costs low. “We’ve been in the distribution business for six years,” Funk says. “I put our system against anyone. Our highly efficient distribution system has removed costs from the system, and that’s how we’re able to offer such low costs to our shops.”

Because PDU was once a manufacturer of its products, the company can open new manufacturing facilities with ease and has the ability to effectively communicate with its vendors and suppliers. “We are the only company in our industry that had a manufacturing background,” says Funk. “That background has enabled us to open manufacturing facilities, and communicate with our Chinese vendors at a level that we can empathize with – such as quality problems and scheduling. We work closely with them to guide them in what we learned and pass on that knowledge to help them, make them profitable, and provide us with the right product at the right time.”

Since the 1960s, Plastic Dress-Up Company has remained an industry leader by continuing to develop new and exciting products for its customers. Funk feels that the company will remain successful by investing in itself and staying on top of the latest trends. “Plastic Dress-Up Company has high quality at an affordable price,” he says. “Be sure to ask for genuine PDU products. We are not just for trophy shops; we have a wide array of merchandise for gift and signage shops as well.” 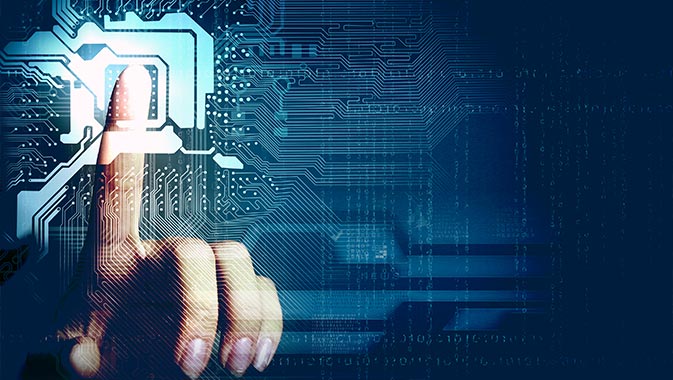