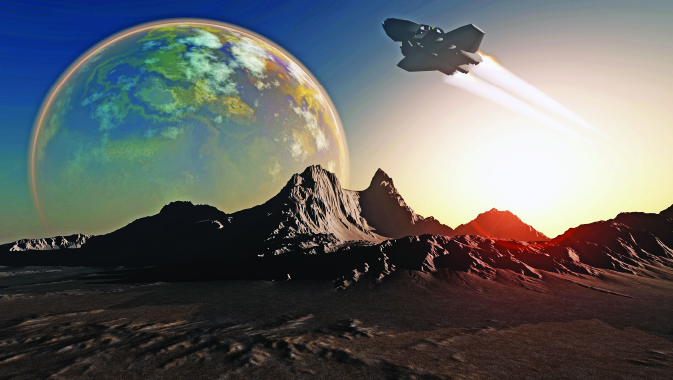 Humans will begin colonizing Mars by 2027. At least that is what Mars One claims. The Netherlands-based nonprofit is grabbing headlines around the world with its promise to send volunteers on a one-way trip to the red planet just a few years from now…
~
But will this trip really get off the ground? Many experts are unsurprisingly sceptical. Funded by donations and a proposed reality television show featuring the mission’s astronauts, covering the costs – not to mention achieving the technical aspects – looks like a long shot to say the least. Some insiders have even accused Mars One of running an elaborate con.

While Mars One is one of the more far-fetched examples, private space exploration is no longer just a theory. Corporations are playing an increasingly important role within an industry that was once the exclusive domain of the world’s most powerful governments.

When the Cold War ended, Americans reconsidered their priorities, and the space race suddenly seemed a relic of darker times. National interest dwindled and NASA’s budget suffered accordingly, setting the stage for privatization. After peaking at 4.5 percent in 1966, only half of one percent of the U.S. annual budget currently goes to NASA; a total of $17.7 billion was appropriated for FY 2014, according to the Council on Foreign Relations (CFR).

As a result, the nation that once put a man on the moon cannot even get its astronauts to the International Space Station. When NASA retired its last shuttle in 2011, the United States became wholly dependent on Russia to ferry American astronauts to and from space. The turn of events would have been unthinkable a few decades ago, when the United States and the Soviet Union clamoured to beat each other on a series of firsts. Now, as tensions between the two nations rise once again, the need for American self-sufficiency in space is becoming increasingly obvious.

NASA is looking to the private sector to gain new ground, or at the very least to become self-sufficient in space once again. Eighty five to 90 percent of NASA’s budget has traditionally gone to private contractors (primarily to design and manufacture rockets and spacecraft), but NASA still held the cards, maintaining strict oversight and operation of all the equipment, CFR reports. Then, in 2006, NASA initiated the Commercial Orbital Transportation Services program, which privatized operations, shifting the direction of the space program dramatically. A new space race had begun, this time pitching private players against one another to win lucrative NASA contracts.

SpaceX is one of the splashier players in this private space race. Launched by dot com billionaire and Tesla founder Elon Musk, SpaceX made big promises – and delivered, at least for a time. The start-up was the first private company to exchange cargo payloads at the International Space Station and safely return. Since then, SpaceX has flown supply missions for NASA on a regular basis, forging a new path on how we approach spaceflight.

Viewed with significant scepticism until just a few years ago, SpaceX was widely considered a pipedream guilty of underestimating the crushing costs and technical challenges of spaceflight. Now, the company shoots off a rocket once a month or more, servicing commercial customers as well as NASA and other national space programs. SpaceX has boldly gone where no one private company has gone before.

SpaceX slashes spending by manufacturing as many of its own components as possible, utilizing leading edge technologies such as 3D printing. The company’s vertically integrated supply chain and focus on cost savings – as well as the team’s willingness to take risks – have created a success story that is valued at $12 billion and boasts over 3,000 employees.

But, the company’s unmarred success came to an abrupt halt in June. After 18 successful consecutive flights, the SpaceX Falcon 9 rocket exploded on its way to the International Space Station. The failure was particularly disconcerting because it came just a few months after the Antares rocket – designed by Orbital Sciences Corporation – exploded at a NASA facility in Virginia as it lifted off for the International Space Station.

NASA’s response to the launch failures was to famously point out that space is “difficult.” At a press conference shortly after the SpaceX failure, William Gerstenmaier, Associate Administrator of NASA’s Human Exploration and Operations Directorate, placed the blame on the challenges of the mission, insisting that negligence was not an issue. He even acknowledged that the loss of some commercial cargo vehicles is expected as the industry irons out new technology.

Traveling beyond our atmosphere is a gritty, trial and error endeavour that cannot be won by the faint of heart. Even government led space programs fall victim to the challenges of space exploration; NASA has endured public failures of its own, including tragic loss of life.

While no one was injured or killed during SpaceX’s or Orbital’s high profile disasters, hundreds of millions of dollars went up in smoke. Furthermore, operations will be halted as the technical problems are ironed out, costing even more money and slowing down progress in an industry that is already notorious for demoralizing delays.

In the very near future, a lot more than dollars will be at stake. Plans are in the works for a privately supplied space shuttle that will give American astronauts autonomy once again. With lives on the line, the wiggle room for error suddenly disappears, putting more pressure on the private space industry than ever before.

Some commercial carriers are already working to tackle human spaceflight without going through NASA. These start-ups are going straight to consumers, creating an entirely new business model when it comes to space travel. Virgin Galactic, for example, promises to democratize space by making it possible for ordinary citizens to travel beyond our atmosphere. The company is also working on low cost launch vehicles that would make it far more affordable to put small, commercial satellites in space.

However, the company suffered a massive setback last October, when its SpaceShipTwo rocket plane disintegrated during a test flight, killing one pilot and injuring the other. Virgin Galactic had already invested a massive amount of money into the project when it went up in flames, leaving many insiders to question whether the company’s promises to take paying tourists into space will really pan out. Traditionally, only federal governments have been willing – or able – to shoulder the level of risk that is an inevitable component of spaceflight. Can private corporations really afford to absorb losses that regularly run into the hundreds of millions?

Some experts predict that the private sector will play an important role in the space industry, but only after government has first paved the way. At a keynote address in 2014, famed astrophysicist Neil DeGrasse Tyson insisted that space travel is “a long-term investment” that “private enterprise cannot lead,” TechCrunch reports. While private industry may be able to handle routine tasks such as supplying the International Space Station, Tyson argues that it cannot bear the massive financial risk required to actually advance the industry. Tyson went on to point out that initial exploration of North America was shouldered by the crown, not by private investors; commercial enterprises were only able to swoop in and reap profits after Columbus’ state-sponsored voyage paved the way.

While the jury is still out regarding how large a role the private sector will play within the space industry in the future, there is no arguing that privatization has gained a strong foothold that will not easily be dislodged. NASA is already dependent on commercial carriers to send supplies to the International Space Station, and private corporations plan to send NASA astronauts into space within the next two years. Put simply, NASA is in no position to pull the plug now, even if insiders start to get cold feet.

With privatization here to stay, the industry is eagerly considering a wealth of possibilities for the future, despite recent setbacks. These private space pioneers are taking on everything from satellite launches and NASA contracts to space tourism and the potential of asteroid mining. And, of course, there is Mars One’s high profile promise to colonize the red planet. While few experts really expect to see a colony on Mars in the next 12 years, the private space industry is certainly pushing boundaries as players in the new space race clamour to beat out the competition – and create opportunities for the private sector that were unthinkable just a few years ago. 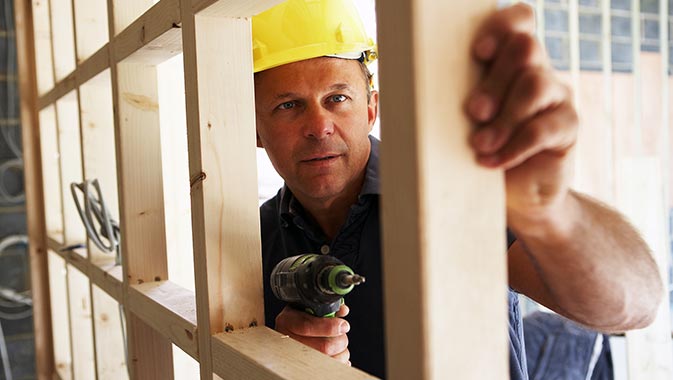