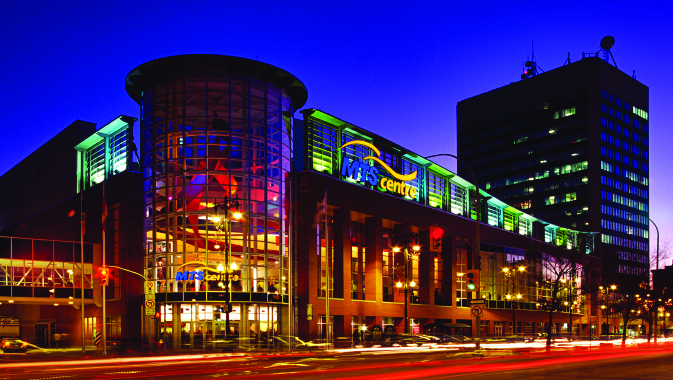 Business in Focus recently spoke with Greg Dandewich, senior vice president of Economic Development Winnipeg Inc. (EDW), about the many significant initiatives underway in Manitoba’s capital.
~
Winnipeg, Manitoba, is blessed with one of the most diverse and stable economies in Canada, which helps it weather the storm whenever a recession comes around. Currently, CentrePort Canada is in full swing and includes greenfield investment opportunities and a new ten-kilometre expressway. The SHED (Sports, Hospitality and Entertainment District) is progressing well, along with partnerships the city maintains throughout the Manitoba Capital Region. And with its advanced manufacturing momentum, Winnipeg is in the midst of a flurry of activity.

Winnipeg’s economy benefits from a diverse range of economic sectors. If one or two sectors experience a downturn as a result of global fluctuations, seven or eight others help mitigate any negative impact. Greg cites ten different industry sectors that are relevant in supporting the economy and promoting stability. A level of predictability exists for the investor and the community because diversity creates a balance that halts any dramatic drops in economic activity.

“At the same time, you’re not going to experience these significant spikes upward that you might see in economies across Western Canada that are driven by resources,” Greg says. He describes Winnipeg’s market as manufacturing-based as opposed to resource-based. This is good for the community from a skills perspective because it motivates the city to meet the talent requirements of multiple industries.

A critical market driver is transportation and distribution. As Greg says, “We have always been a transportation logistics centre built around the requirements of moving bulk agricultural products at the turn of the century to a variety of different markets throughout Canada and the U.S.”

Launched in 2009, CentrePort Canada is an inland port created via legislation. The CentrePort Canada Act established the transportation and distribution land port project, which is expected to evolve over the next thirty to forty years. It boasts a 20,000-acre footprint just northwest of the airport. It is multimodal, providing ample opportunities for distribution / warehousing and manufacturing operations. Truck, rail and air cargo shipments all populate the area, taking advantage of the proximity of the James Richardson International Airport, three Class 1 railways and some of Canada’s biggest trucking firms.

“There has been a $212-million investment in a new high-speed highway system that allows trucks to move quickly through that site and get on to major trade loops like the Trans-Canada Highway and Provincial Trunk Highway 75, which connects to the U.S. Interstate system,” says Greg.

The growth of Winnipeg’s economy is reliant on the distribution and manufacturing that will take place over the coming decades. CentrePort Canada will enable the city to become a global player in the transportation and distribution sector, which will lead to an increase in population. As a result, water and sewer services are currently being incorporated into the CentrePort Canada site to facilitate further land development.

“Opportunities present themselves with the expansion of existing companies and also with new companies, which should serve as magnets to draw people into Winnipeg and Manitoba. A lot of it is driven by new immigrants through the Manitoba Provincial Nominee Program, which has been replicated throughout Canada,” Greg says. The program brings in thousands of immigrants each year who are skilled and who can potentially satisfy the requirements of various industries. And with new infrastructure comes opportunities for investment that will enhance the probability of people looking to move to Winnipeg and Manitoba to further their careers.

Communities are defined by their downtowns, and the decision to revitalize Winnipeg’s core has acted as a lynchpin prompting major developments in the area since 2004. Exciting investments have taken place over the last ten years—to the tune of about $1.2 billion. The MTS Centre and the doubling of the RBC Convention Centre Winnipeg are prime examples; the latter is in the midst of a $180-million expansion. New mixed-use projects are also increasingly appearing on the downtown skyline, among them the $130-million Centrepoint development, consisting of office, condominium, hotel and related complementary elements.

“More and more, the SHED is serving as a catalyst that is helping to spur a renaissance in downtown Winnipeg,” Greg explains. “As well as work on the MTS Centre and the expansion of the convention centre, there’s a proposed development by True North Sports & Entertainment, the owner of the NHL’s Winnipeg Jets, called True North Square. It’s an unprecedented $400-million megaproject with hotels, restaurants and office towers that is garnering considerable interest from outside investors.”

The Forks National Historic Site is located at the confluence of two major rivers within Winnipeg (the Assiniboine and Red rivers). Originally a Canadian National Railway site handed back to the city after a 99-year lease, a phenomenal job has been done to develop the area into the city’s No. 1 tourist attraction, with restaurants, paths and green space that welcome over four million visitors annually. The Forks is also home to the new $351-million Canadian Museum for Human Rights, a spectacular architectural achievement aptly situated in a spot with over 6,000 years of human history.

“Winnipeg has all of these different nodes of activity,” says Greg, “and as we start to build out with new investments, various linkages are connecting the nodes together in ways that are allowing people to fully appreciate everything our downtown offers.”

Typically, shopping drives the centre of any city; however, in Winnipeg’s case, boutiques, entertainment and hospitality are the prime movers. Greg has lived in Winnipeg all his life and has spent twenty-five years in his current role. He has never seen this level of investment in the public and private sphere. “The shape and change of our downtown has been quite dramatic over the last ten years.”

One evolution that is evident across North America is that more and more communities are taking a regional approach to economic development. The City of Winnipeg, EDW and the municipalities making up the Manitoba Capital Region have been working together to look at the city’s value as it relates to company retention. Equally important is securing direct foreign investment, and EDW is busy aligning itself to take advantage of existing assets within a broader regional perspective.

“This kind of synergy creates a greater position for competition for us in terms of looking at opportunities to bring in new investments,” says Greg. “Winnipeg is unique because there isn’t an equitable distribution of the population in the province. Almost 1.3 million people live in the province, but 767,380 reside in the capital region’s 16 municipalities alone, so it makes logistical sense for us to be looking at how we present our largest community to external investors.”

The same follows with existing companies and potential expansions. Planning happens through a regional lens as opposed to concentrating on individual municipalities surrounding the city. This practice is recognized by some key policy documents, particularly ‘Our Winnipeg,’ the provincially legislated principal municipal planning document for the City of Winnipeg. When examining policy as it relates to transportation and sustainable communities or infrastructure, everyone agrees decisions must be made on a regional basis.

While advanced manufacturing is a crucial component of Winnipeg’s burgeoning economy, it’s just one aspect of the city’s diversity. There is also a robust financial services sector highlighted by regional banking hubs, mutual fund firms and insurance companies.

Winnipeg’s aerospace sector is the largest in Western Canada, and it’s supported by maintenance, repair and overhaul expertise, as well as an unrivalled specialty in the area of composite manufacturing. Boeing’s Winnipeg operation thrives here, as does StandardAero and Magellan Aerospace’s Winnipeg contingent.

“Without a doubt, Winnipeg’s advanced manufacturing capabilities are reflected within its aerospace sector,” says Greg. “And we’re also Canada’s largest centre for ground-transportation manufacturing of both inter- and intra-city buses. So it’s a very nice healthy mix overall. The city’s economic diversity routinely allows for a favourable equilibrium to be reached.”

Winnipeg’s aerospace sector has benefitted from its geographic location in the centre of North America. Canada is a cold-weather nation, of course, and Winnipeg has embraced this reality by expanding its engine-testing expertise to accommodate several of the world’s most prominent aerospace firms.

“It started off as cold-weather testing. General Electric, in partnership with StandardAero, established a global cold-weather testing facility here, and we have another one in northern Manitoba for Rolls Royce and Pratt & Whitney,” says Greg. “So we have three of the largest global manufacturers that have tapped into our aerospace expertise to do cold-weather testing on their new-generation engines.”

But these facilities aren’t simply used for cold-weather testing: supplementary engine testing is also carried out by participating firms. This scenario has allowed EDW to develop mutually beneficial relationships with various multinationals.

Composite manufacturing is also taking off in the city. For example, Boeing Winnipeg has just completed a significant 150,000-square-foot expansion of its local footprint to support the company’s new 737 MAX programs. The Boeing family of companies all compete for different types of business. After its Winnipeg operation successfully secured this new 737 MAX work, an expansion was warranted that has consequently bolstered the city’s skilled labour force. Today, Boeing Winnipeg is the largest composite manufacturer in Canada.

Boeing Winnipeg’s ongoing success in this area has also helped to facilitate the city’s increasing capabilities in composite manufacturing. Winnipeg’s world-renowned Composites Innovation Centre (CIC) has been a big part of this push, which itself has an interesting history tied in part to Boeing.

In 2001, the former head of Boeing Winnipeg envisioned that the city could become a composite materials manufacturing hub. Based on that belief, EDW performed an environmental scan to determine the feasibility of establishing this kind of centre of excellence. Given Winnipeg’s advanced manufacturing capabilities across multiple sectors, it was deemed that there existed the technology capability for Tier I and Tier II companies focused on composites to provide parts for original equipment manufacturers.

“Given these findings, EDW created a not-for-profit entity called the Composites Innovation Centre in 2003, which develops applied technology for companies looking for solutions in advanced materials, particularly in composites,” Greg says. “In terms of where Winnipeg positions itself on an international level, the CIC has proven to be an important touchstone.” The CIC maintains relationships with other composite centres in the U.S., China and Australia. The centres work collaboratively to identify new technologies in the field of composite materials.

Finally, over the last few years, something new has taken root due to Winnipeg’s strong agricultural base. Bio-fibre has emerged as a frontrunner to replace petroleum-based carbon fibre. This technology takes advantage of the waste stream from agriculture and applies that to developing certain types of products, particularly for the ground-transportation industry.

“We’ve developed an expertise which started in the aerospace sector, but it has now diversified itself into a number of other sectors,” says Greg. “It’s a compelling success story that continues to grow and develop, yielding applied-technology partnerships with international players.” 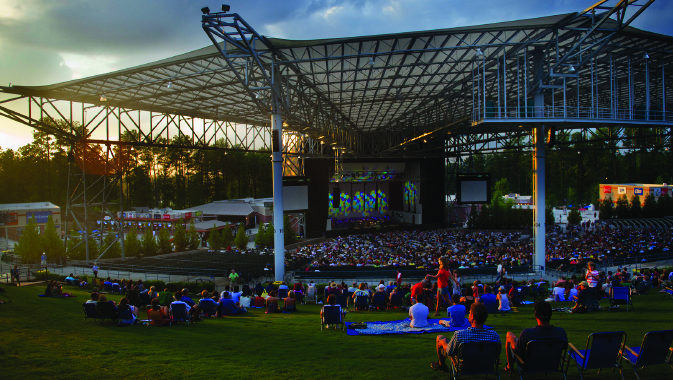