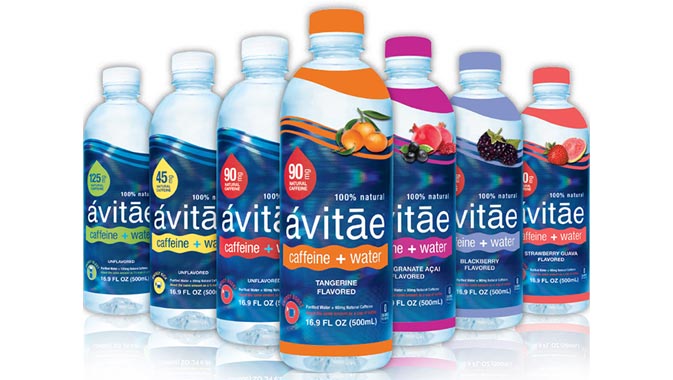 Avitae is an all-natural alternative to energy drinks which is redefining the industry standard of hydration and health. The Avitae brand has been around for years, but since it underwent a major revamp in 2013, the product has taken off…
~
Seeing a gap in the market for a healthy and natural alternative to the energy drink crazed beverage sector, Avitae was created. With a name which comes from the Spanish word for water, “agua” and Latin word for life, “vitae” the product has become a hit with corporate leaders, marathoners, and busy parents alike. This natural, tasteless, and calorie-free caffeinated water has emerged as a leader within the sector, and a closer look at the product unveils myriad benefits that go beyond just a midday pick-me-up.

Norm Snyder, President/CEO at Avitae, explained that this commitment to natural ingredients is at the core of Avitae’s widespread success. “We are offering consumers a truly healthy alternative which is something we are really proud of,” he says. “It is ultimately what sets us apart.”

Avitae has developed hydration innovation and today, the company’s product is in higher demand than ever before. From athletes to business people, thousands across the country are ditching their coffee cups, diet sodas, energy drinks, and sugary sports drinks for the 100 percent natural, zero-calorie Avitae. So what’s all the fuss about? The answer is simple – or should we say “simplicity.”

A Turnaround Startup
With so many options on the market, it would be an understatement to say that the food and beverage sector is competitive. But Avitae brings to the market several major points of difference that have facilitated sales growth despite the seemingly saturated sector.

Avitae’s growth trajectory is unique, and in what Mr. Snyder called a “turnaround startup,” Avitae serves as a case study in brand revival. Founded in 2008, Avitae was a small firm in a big and competitive industry. After undergoing a major brand study, the firm decided to reinvest, and restructure completely. Believing wholeheartedly in the quality product, management decided to work introspectively, taking a year to reassess its corporate direction. Building on a foundation of trusted retailers, the company redefined its positioning and completely changed its packaging to more accurately reflect the brand’s identity. Through a strategy of guerrilla marketing, sampling events at retailers and key events in the broader community, Avitae quickly gained favor with active and educated consumers.

By 2013, Avitae had been reborn, and quickly faced unparalleled success from all angles. From athletes to busy professionals and even populations with unique medical needs, Avitae is now embraced by consumers from across the demographic spectrum. Mr. Snyder continued, “We have really grown our geographic footprint, while introducing flavors and growing the brand.”

In the last two years, Avitae has reached a new level of brand momentum, expanding throughout retail stores across the U.S. The company has gained widespread industry attention for not only creating a new product, but an entirely new segment of the food and beverage market. Working with major national and regional distributors as well as carrying out direct distribution to a wide range of retailers, Avitae is a brand to watch.

The Healthy Alternative
Liquid energy boosts are about as American as a Ford but in recent years there has been serious public debate regarding the health effects of these products. From coffee to pre-workout hydration and even caffeinated sodas, the effects of beverages infused with a boost are sometimes more negative than helpful. Although the food and beverage industry has faced massive growth in demand for quick-fix energy drinks over the last decade, questions about the energy-boosting ingredients of such products have only gained attention recently. But after several damaging studies came out regarding the harmful effects of chemical-ridden energy drinks, people started searching for healthy alternatives.

Avitae is all-natural, calorie free, and completely tasteless (unless, of course, you prefer a flavored option), but the drink also offers customers the ability to choose their preferred level of caffeine. From 45 milligrams – about half a cup of coffee or bottle of soda – to 90 milligrams – one cup of coffee – all the way up to 125 mg – about 1.5 cups of coffee – Avitae allows customers to control their caffeine intake accordingly.

Avitae is naturally tasteless, which is an accomplishment that continues to astound consumers. “The number one thing we hear from consumers is, ‘Hey! It is tasteless.’ So many are still surprised to find a beverage which is caffeinated but tastes like any other water,” said Snyder. Although Avitae’s tastelessness has been a major point of difference from the competition, the brand recently rolled out a new popular line of flavors. Avitae’s new line, which includes Pomegranate Açai, Tangerine, Blackberry and Strawberry Guava, offers consumers a little excitement with the continued promise of all-natural, calorie-free, caffeinated hydration.

Health conscious professionals and bodybuilders alike turn to Avitae when the day starts to drag. As very few people drink their coffee black, the amount of sugar, fat and calories in a daily cup of ‘Joe is nothing to be scoffed at. Recent studies have also shown many Americans turning to sodas and diet sodas for an energy boost in the afternoon. This seemingly harmless habit adds a substantial level of sugar or artificial sweetener into a consumer’s daily diet. So, while a cup of the black stuff in the morning, or an occasional can of soda, is fine, daily intake of two or more of these beverages a day can have detrimental health effects which range from the yellowing of the teeth to weight gain, and even diabetes.

The pre- and post-workout benefits of caffeine have recently been discovered as a promising and healthy addition to fitness regimes, but the form in which consumers intake caffeine is a pivotal aspect of its overall health potential. Mr. Snyder continued, “Our research has found that most people work out after work, not before work, and caffeine has become a popular pre-workout pick-me-up because it’s healthier and safer than the other options out there.” As study after study uncovers the risk of fitness supplements and artificial performance-enhancing energy drinks, Avitae has become a staple for people looking to improve their fitness and get the most out of their workout.

Avitae offers the perfect complement to consumers’ existing caffeine routine, packing a punch without packing on pounds. The perfect post-work pick-me-up is cheaper than a cup of coffee and easier on your breath, which is why so many professionals have embraced Avitae with open arms. Whether heading to the gym, or to a house full of hungry teenagers, Avitae is a healthy way to reenergize.

More than Just a Boost, a Remedy
Avitae has become a popular choice for customers across the board, but many with unique medical needs have found astounding benefits from this natural caffeine source. From those with ADHD to migraine sufferers, Avitae has been widely received as a supplementary treatment for conditions which are alleviated through increased caffeine intake.

This use of Avitae may be its most surprising contribution to the wider market, especially for families seeking natural remedies for children. Snyder explained, “We have heard from a lot of parents with ADHD children who were in search of a substitute to traditional medication. Many are told to turn to coffee or sugar but they don’t want to give their kids those things, so instead they start using Avitae. This group has seen a lot of success with Avitae.” Migraine sufferers and others with conditions that can be eased with the use of caffeine have found great advantages to Avitae as it allows for the consumption and monitoring of increased caffeine intake without the hassle of bad breath, calories or chemicals.

In offering a new, healthy take on the increasingly popular liquid energy boost, Avitae has become a drink of choice for many – but a closer look at the firm’s expanding customer base proves that Avitae’s climb to hydration domination has only just begun. 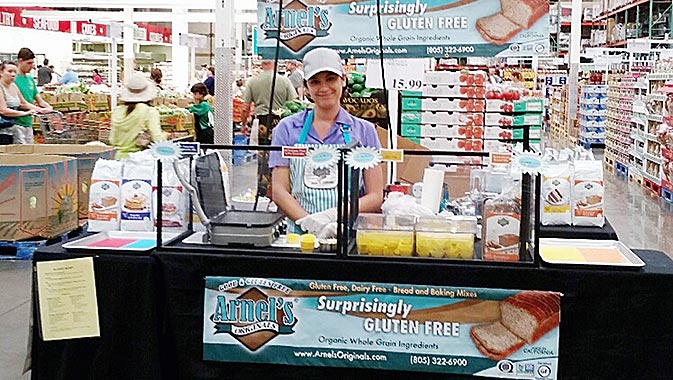