Promoting Bay County to the World 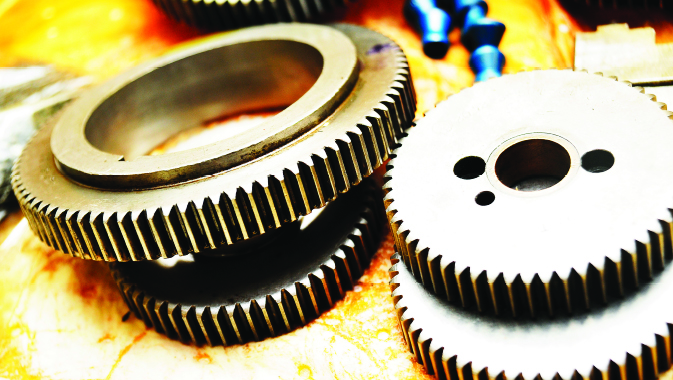 Since 2004, Bay Future, Inc. has been improving the lives of Bay County, Michigan residents through job creation and retention in a variety of industries. Bay Future’s top priority is to assist and support businesses in Bay County and attract new companies to the region from across the globe.
~
Located along the shores of the Saginaw Bay on Lake Huron, just 90 minutes north of Detroit, Bay County has a strategic location along Interstate 75 and proximity to other major cities nearby such as Cleveland, Toronto, and Chicago. Additionally, the Saginaw River, a navigable waterway for shipping, runs through the heart of the county. The area’s accessibility is ideal for both commerce and travel.

Bay County is a pro-business area and Bay Future is there to provide economic development services and workforce training, along with their partners, for the residents and businesses of Bay County.

Mark Litten, President and CEO of Bay Future spoke with us about some of the advantages Bay County possesses. “We have a diverse group of industry clusters ranging from automotive to agribusiness,” Litten says. “We have an able bodied workforce, first rate training programs that work closely with businesses, a world class college and university, and a regional airport. Thanks to our location, we are within a one-day truck drive of two-thirds of the American population. These are the things that make Bay County prime for business.”

Mr. Litten became President and CEO of Bay Future in January 2015. His primary goal currently is establishing a five-year strategic action plan to bring more businesses to the county. “In the past, there was a more shotgun approach toward attracting business and creating new jobs in the community,” he explains. “Right now, we have a more laser-beam focus toward the implementation of major initiatives to help attract business, retain and help expand our current businesses, as well as marketing and promoting Bay County to the world.”

Bay Future, Inc. is dedicated to facilitating economic development strategies that promote and secure opportunities for business retention, growth, and attracting new industries that create quality jobs for residents of the community. The county is home to award-winning and accredited medical and educational facilities, recreational resources, and cultural attractions, as well as a number of companies that boast substantial operations with historic roots, many of which reflect the manufacturing heritage of Michigan.

Michigan Sugar Company, a grower-owned and operated cooperative that produces about 1 billion pounds of sugar annually, has its roots in Bay County and the Great Lakes Bay Region. The county’s largest employer, Michigan Sugar was founded in 1906 and sells beet sugar under the brand names Big Chief and Pioneer in the consumer market. The company operates four beet sugar mills – all in-state – and operates three shipping and distribution centers in Michigan and Ohio. Michigan Sugar employs 450 permanent employees and up to 1,750 additional seasonal employees during harvesting and processing season. Michigan Sugar went cooperative in February 2002 and has since been owned by a consortium of more than 1,000 Michigan sugar beet farmers.

Dow Corning Corporation and its parent companies have called Michigan home since 1897. Its headquarters are in Bay County. Dow Corning was established in 1943 specifically to explore and develop the potential of silicones, and has since emerged as a global leader in silicon-based technology.

Consumers Energy, a utility company that provides natural gas and electricity for Michigan residents, also has numerous operations in Bay County. The D.E. Karn/J.C. Weadock Generating Complex sits at the mouth of the Saginaw River along the Saginaw Bay shoreline in the Bay County community of Hampton Township. The plant began generating electricity in 1940 and today employs approximately 370 people. The plant has a generating capacity of 2,101 megawatts, enough to meet the electric needs of more than 1.3 million people.

Global company S.C. Johnson has a Ziploc bag manufacturing plant in Bangor Township, and in recent years has invested 1.13 million dollars into the facility, receivinga 12-year, 50 percent tax abatement for the investments. The company also has manufacturing facilities in Bay City. The firm employs approximately 430 workers.

Kerkau Manufacturing, which specializes in manufacturing pipe flanges, precision machined products, and microorganism destroying sterilization cabinets, recently announced a $4.3 million investment at their Monitor Township facility. The company took advantage of the Industrial Facilities Tax Exemption and saved money with a 50 percent abatement on the property investment. Construction on the expansion recently got underway and will enable Kerkau to expand both its warehousing operations and sales department. The expansion and investment will also help the company retain more than 35 jobs. Bay Future, Inc. worked with the company and Monitor Township to secure the parcels needed for expansion and offered service and support through the abatement and application process

The Industrial Facilities Tax exemption is just one of many tax incentives created to attract and retain employers in Bay County, and Michigan. For example, an industrial property tax abatement provides incentives for eligible businesses to make new investment in the area. These abatements encourage manufacturers to build new plants, expand existing plants, renovate aging plants, or add new machinery and equipment. High-technology operations are also eligible for the abatement. The Michigan Manufacturing Technology Center (MMTC), meanwhile, offers direct technical assistance to small- and medium-sized manufacturers to connect them to the best manufacturing practices and technologies available.

An Obsolete Property Rehabilitation Act provides for a tax incentive to encourage the redevelopment of obsolete buildings that are contaminated, blighted or functionally obsolete. The goal is to rehabilitate older buildings into vibrant commercial and mixed-use projects.

The Brownfield Tax Increment Financing allows municipalities to develop districts with authority to capture taxes due to increases in property values within a specific district that have resulted from project investments. The districts may be under the jurisdiction of a Downtown Development Authority (DDA), Local Development Finance Authority (LDFA), Tax Increment Finance Authority (TIFA) or Brownfield Redevelopment Authority (BRA). Under this act, the authority may use the resultant taxes to pay for water and sewer upgrades, roads, environmental testing, and other public investments within the development district. The funds may be used for either industrial or commercial projects.

Bay Future, Inc. works closely with both Delta College and Saginaw State University for workforce training, and is also affiliated with the Great Lakes Bay Regional Alliance, a private sector organization that focuses on STEM education with an eye toward the high concentration of engineers who work in local companies in the region. “We have more engineers per capita in the region than any other region in the U.S.,” Litten says. “It helps having a Fortune 50 company in the region [Dow Chemical].”

Plans for Bay Future include an emphasis on global business attraction. “It’s a tactic for future success in the retention and expansion of existing industries, entrepreneurial growth, workforce retention and development,” Litten says.

He also spoke about what made Bay County appealing after living in Ohio all of his life. He extols the virtues of the county that, after a visit, prompted him to move. “I lived in Ohio for the first 55 years of my life and I never thought I would leave the state,” Litten shares. “This professional opportunity came along, and I jumped at it. The professionalism and quality of staff at Bay Future coupled with the extremely high quality of life in Bay City and Bay County were the highest motivating factors.”

Indeed, thanks to its location along Saginaw Bay, Bay County has a wealth of marinas, boat launches and recreation opportunities for residents and visitors alike to enjoy. “That makes Bay County a great place to live, work, and play. Quality of life is big here; if not, I wouldn’t have moved here. That’s a testimonial as to how someone who had lived all their life in one state was attracted to put down roots here. It’sgreat.”

A number of events are held in the region each year as well, including Bay City Sidewalk Days, the Riverside Art Festival, and the Bay City River Roar, a race along the Saginaw River that is known for being a very challenging course. Since its inception, the Bay City River Roar has generated over 1 million dollars, distributed throughout the Great Lakes Bay Region to a variety of charities.

Under Mark Litten’s leadership, Bay Future, Inc. is working on promoting Bay County as both a great place for business and a great place to live. With strategic planning and a vision, the team at Bay Future plans to make the area a force to be reckoned with.

“As we move forward with the implementation of this strategic action plan, we plan on taking things to the next level,” Litten says. “Not with a shotgun approach to development, but by taking a more systematic laser beam approach to economic development by focusing on industries such as chemical processing, advanced manufacturing, logistics, and warehouse distribution centers, plus agribusiness and data centers.” With such a diverse economy and a rich quality of life, development and growth are on the horizon for Bay County. 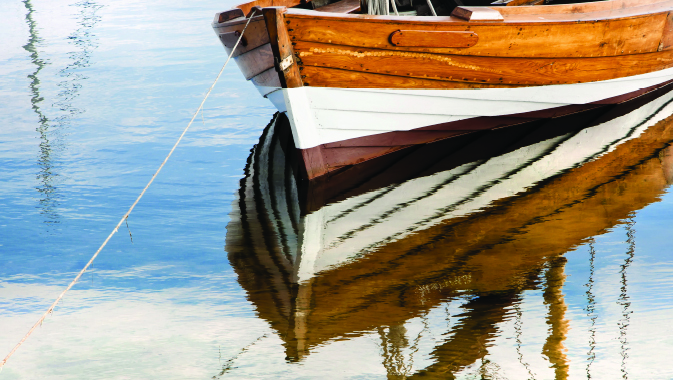 A Growing Economy in a Rural Setting

Promoting Bay County to the World