Powering Canada and Beyond – The Muskrat Falls Project 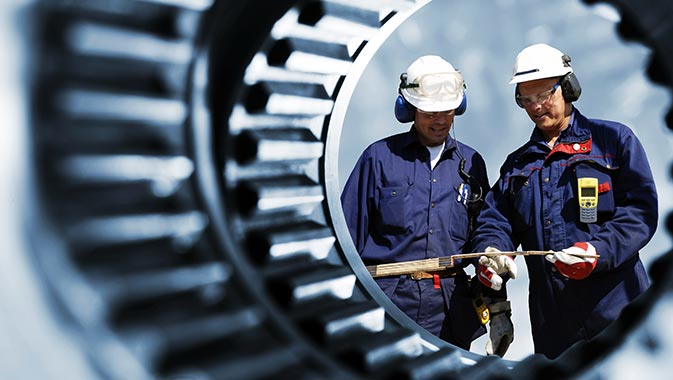 A game changing hydroelectric project is underway on the lower Churchill River in Labrador, Canada. Located at Muskrat Falls, approximately 30 km west of Happy Valley-Goose Bay, the 824-megawatt (MW) hydroelectric generating facility will include two massive dams and a powerhouse. Upon completion, the complex will be the 2nd largest hydroelectric facility in Atlantic Canada.
~
The provinces of Newfoundland and Labrador and Nova Scotia have partnered with Nalcor Energy, a Crown corporation, and the publicly traded energy company Emera Inc. to carry out the $7.4 billion project, which will also include 1,500 km of associated transmission lines. The proposed Labrador-Island Link (LIL) will transport electricity from Muskrat Falls to the island of Newfoundland via a 1,100 km long High Voltage direct current (HVdc) transmission system running from central Labrador, across the Strait of Belle Isle, and down the middle of Newfoundland all the way to Avalon Peninsula. The transmission system will be specially engineered to withstand the region’s harsh environmental conditions and weather.

A Maritime Link will connect the island of Newfoundland to the North American power grid for the first time. Emera Inc. will finance and construct the 480 km High Voltage direct current (HVdc) transmission link, which will allow the province to export surplus power as well as improve the reliability of the region’s electricity.

The clean, renewable energy that Muskrat Falls will generate is expected to power Newfoundland and Labrador for more than a century, and will help meet the increasing demand for power throughout the region.

A project this big is not easy to pull off in the easiest of conditions. In this case, the site’s remote location and extreme weather add to the complications. Nalcor utilized a front-end loading approach, carrying out extensive planning, engineering, and design work before construction began in order to limit complications and delays. “The project has been intensely studied, and there has been significant stakeholder engagement and public input into the project planning process,” Nalcor Energy reports on its Muskrat Falls Project website. “More than 35 years of studies have been undertaken to ensure that this project is developed in a way that is both environmentally and economically sustainable.”

The Nalcor team also took care of preliminary site work before construction began, from clearing the site to building access roads, the company website details. As a result, construction was able to begin as soon as the Government of Newfoundland and Labrador signed off on the project in December 2012. Construction is expected to take a total of five years to complete, allowing the facility to be operational by 2017.

The Muskrat Falls Project has been highly controversial and a major grassroots campaign tried to prevent construction from getting underway. Efforts to stop the project have been spearheaded by local aboriginal populations with deep ties to the river and surrounding land. These groups insist that the economic benefits do not outweigh the environmental costs and that the impact on the pristine waters and forests – which have been traditional hunting and fishing grounds for generations – is unacceptable. Other locals express concerns with hidden financial costs, the tax burden that will fall on the provincial population to fund the project, and the fact that this funding is not going toward alternative energy research and development.

Proponents insist that the Muskrat Falls Project will create a substantial economic boost that will positively impact the region for many years. Specific benefits include long-term stable electricity rates for the region, the energy to power future mining and development throughout the province, reasonably priced power for locals, substantial revenue potential from the export of electricity, and the creation of a clean electricity system that is almost completely carbon free.

Furthermore, Nalcor reports that the work will provide approximately 3,100 direct jobs at peak employment in 2015, and an average of 1,500 direct jobs annually. In total, the project will bring an estimated $1.9 billion to Newfoundland and Labrador’s businesses and labour force.

Astaldi Canada – the North American arm of the multi billion-dollar Italian construction company, Astaldi Group – was awarded a $1 billion contract to carry out the civil works on the Muskrat Falls Project. As the project’s largest employer, Astaldi Canada is committed to employing locals whenever possible in order to stimulate economic growth in the region. All jobs are made available to people from Newfoundland and Labrador before being offered to outsiders; as a result, over 90 percent of workers on the site are locals.

This commitment to local labour showcases the company’s collaborative relationship with Labrador Innu Nation, as well as with the residents of Newfoundland and Labrador as a whole, which will lead to hundreds of millions of dollars in procurement opportunities for the province’s businesses, according to Astaldi Canada’s website.

“As one of the largest contractors on the Muskrat Falls hydroelectric project, our work will create many opportunities for businesses and suppliers,” the company website details. “We are committed to communicating these procurement opportunities to the business community and holding a transparent and fair procurement process for those interested in competing to supply goods and services for the project.”

Astaldi Canada will be procuring a variety of goods and services throughout the construction process including Personal Protection Equipment (PPE), light equipment and related services, heavy equipment and related services, lumber and plywood, and various hardware items. Astaldi Canada’s work on the project covers the construction of an intake, powerhouse, gated spillway and transition dams. The company estimates that a whopping 500,000 cubic metres of concrete and 26,000 metric tonnes of reinforcing steel will be used in total.

The powerhouse and the intake portion will include concreting, steel structure, embedment parts and miscellaneous metals in addition to the architectural works associated with the envelope of the powerhouse building. The gated spillway will require upstream and downstream permanent bridges and a downstream temporary bridge.

The Astaldi team is also responsible for the construction of separation wall civil works related to access roads, the spillway, and the downstream temporary bridge. The exploitation of borrow areas and blasted rock stockpile areas is also the company’s responsibility, from material processing and transportation to the rehabilitation of those sites at the project’s end. Astaldi Canada will take care of dust control, ice control, snow removal, sanding, culvert maintenance and emergency repairs of all roads as well, the company website reports.

In addition, Astaldi Canada will fabricate the conventional vibrated concrete (CVC) and supply concrete to contractors. The company is also responsible for the operation and maintenance of sedimentation ponds and the creation, operation and maintenance of dewatering systems. All temporary environmental mitigation measures and site restoration at completion of the work is Astaldi Canada’s responsibility as well.

Once the myriad of work is completed, Muskrat Falls will be transformed and Atlantic Canada will begin a new era of power production and energy export. 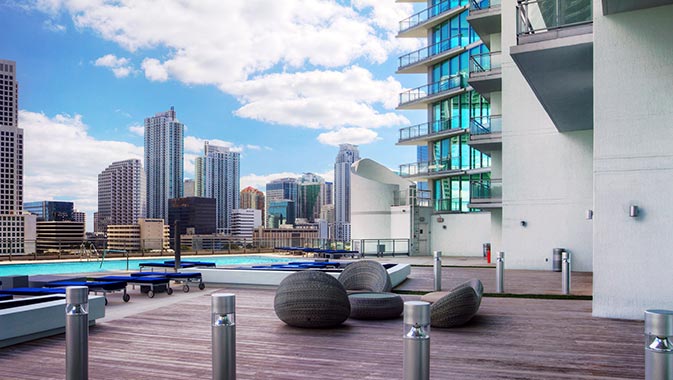 The Jewel in the Crown

Powering Canada and Beyond – The Muskrat Falls Project