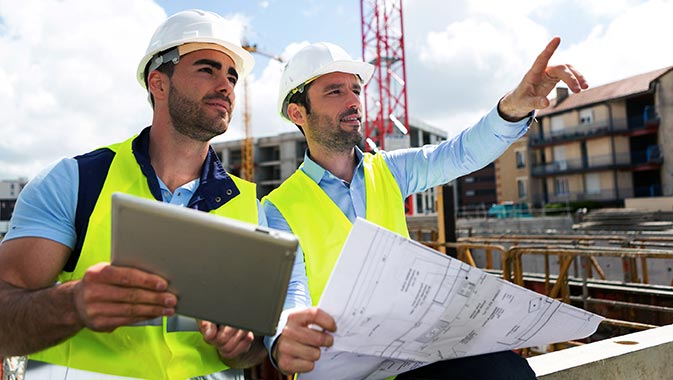 No feature on New York construction would be complete without the inclusion of Alexander Wolf & Son. With some of the country’s most notable projects in its portfolio and industry awards to match, Alexander Wolf has become synonymous with urban development.
~
As the firm turns 110 this year, a further exploration of its evolution throughout the decades is a lesson in the American Dream. A closer look at the company’s recent accomplishments proves that the next century might just be Alexander Wolf & Son’s best yet.

Alexander Wolf was created in 1905, in the Lower East Side of Manhattan. Alexander Wolf, the firm’s founder, started out as a masonry contractor and, with ambition and much hard work, achieved success. Alexander‘s son Charles returned home from WWII, just in time for one of the biggest construction booms in US history. As the company took on a new name, Alexander Wolf & Son, the country launched into a new realm of possibility, and AW&S became a construction pioneer.

It moved on from masonry to incorporate a more extensive offering including construction management and general contracting. Over the years, Alexander Wolf & Son has passed through several eras of growth but, despite this, the firm has remained committed to incorporating a human touch to its approach.

Charles’ grandsons – the current leaders – entered the picture in the 1970s, and their children have since come on board. Greg Wolf and his cousin Daniel Bernstein are the third generation of the family to lead the firm. With backgrounds in engineering and architecture, the pair took AW&S to a new level.

Alexander Wolf & Son has remained mid-sized and family-owned. As the fourth generation of the Wolf legacy has recently entered the family business, AW&S promises to remain a pillar of New York construction for years to come.

AW&S has a reputation for quality, a feat exemplified by the firm’s broad portfolio of noteworthy New York offices, retailers, hotels, schools and more. The company provides construction, contracting and pre-construction services for a broad range of structures and projects that defy the demands of a run-of-the-mill build.

The value of service backed by experience is one which sets AW&S apart. Although Manhattan may be one of the world’s largest cities, the construction sector is an increasingly small one, and few firms bring to the table both the professional knowhow and broad industry connections that AW&S does. With its track record of on-time completion and creative innovation, AW&S promises clients not only expertise, but peace of mind.

AW&S works with a skilled team of engineers, architects, designers and others to cut out the middleman and create holistic solutions to the construction needs of the twenty-first century city. From the ground up, on union and non-union contracts, on new builds or renovations, AW&S does it all. From the Brooklyn Brewery to the New York Yacht Club, AW&S is intertwined in the fabric of NYC’s most loved cultural spots.

With the expertise and the experience to tackle New York’s toughest construction tasks, AW&S has built a reputation for excellence. As a result, the company has emerged as a first point of call for unique or demanding projects. One of the firm’s major points of difference lies in its relentless commitment to serving the changing needs of a project.

Although Alexander Wolf & Son has become synonymous with high-end projects in commercial, retail, educational and office interiors, it has also had a hand in some of the most complex projects the nation has ever seen. The company’s list of accomplishments include work on the Hispanic Society of America museum, New York University, the United Nations headquarters and, most recently, the Empire State Realty Trust.

As a premier New York General contractor, AW&S has worked on a broad range of projects across the city. The firm has an emphasis on personalized customer solutions and prides itself on the involvement of its upper-level management. The owners work closely with project managers and superintendents from before boots hit the ground to project completion to ensure projects are done on time and to a high standard of quality.

AW&S exemplifies the power of good service and customer loyalty. The majority of its work – nearly 85 percent – actually comes from repeat clientele. One example of this working legacy is the firm’s ongoing role in several projects across Manhattan. Since the 1960s, AW&S has provided continuous service to the Empire State Building, growing and improving alongside the progression of the loved landmark.

There is no replacement for a happy customer, but industry recognition is a close second. AW&S has dozens of industry awards which include the prestigious The American Institute of Architects 2010 Design Award; The New York Construction Best of 2009 Award; the Interior Design.Net Best of the Year Award 2009; and the General Building Contractor’s of New York, Build New York Award 2004.

Working from an ethos of quality and reliability, the once one-man-firm grew to become one of New York’s most renowned builders. In doing so, the firm progressed from a small family business to an urban legacy. With a construction tradition that spans four generations, AW&S has become an intrinsic part of the world’s favorite city.

The next generation of Alexander Wolf & Son is also a promising one. Michelle Bernstein, the president of Miter Construction and great-granddaughter of Alexander Wolf, was recently selected as one of the ‘Women to Watch in Real Estate’ for 2015. It is clear that the family passion for construction will continue.

In a sector increasingly dominated by foreign corporations and major multinationals, AW&S has proved that there is still room for home-grown ingenuity. The firm remains committed to the principles of personalized service and quality customer care and has managed to withstand the ebb and flow of the often treacherous New York construction industry. 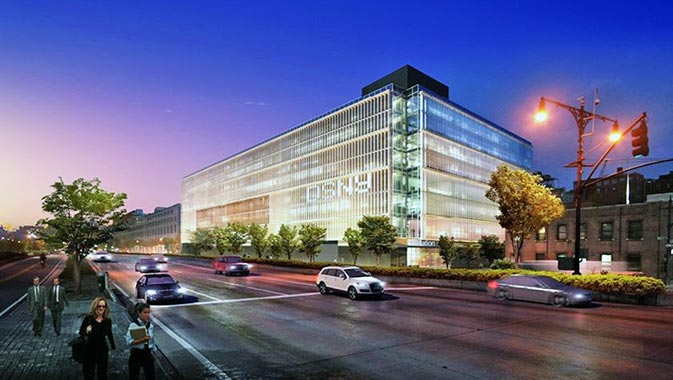