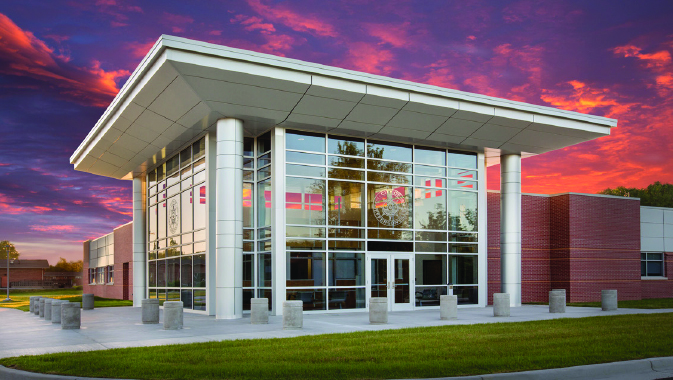 AML Inc. has been serving the Greater Louisville and Southern Indiana area since 1956. After six decades in business, the construction company remains family owned and operated.
~
“My grandpa started the business in the ‘50s doing residential work with my dad and two brothers,” recalls CEO Robert Libs. Fifty-nine years later, Mr. Libs runs the company with President Scott Welch and his sister as a third generation family business – and the fourth generation is in training.

AML Inc. was launched as a residential concrete contractor, but expanded over the years to become a leader in commercial projects. In fact, the company has been consistently listed in the Top 20 General Contractors of Business First Magazine for the last decade. Current specializations include conventional construction, pre-engineered structures, and Tilt-Up construction.

The company’s design/build services provide a complete, turnkey solution, wherein the team works closely with clients throughout the process to ensure satisfaction. “We work with our clients from start to finish on the project, offering valued engineering on a daily basis,” the company website explains. Site evaluation services are also included. “We are on site and constantly evaluating the progress of each project, trying to find the most cost-effective and time-efficient ways to complete each project on time and on budget!” And, if clients already have a project underway but need a project manager to keep things on track, AML will step in to oversee a timely completion.

AML is particularly well known for its Tilt-Up services; the company helped pioneer the construction method and was invaluable in bringing it to this region. “We were one of the first companies in the area to start Tilt-Up in this region,” Mr. Libs remembers. AML introduced the method around 1983, a decade before Tilt-Up became a common method of construction. “In the ‘90s it just exploded and it has become more and more prevalent.”

To construct a building using Tilt-Up, the team casts concrete walls on the building slab then tilts them into place. Braces are used to keep the wall panels in position while the roof and other structural supports are added (please see sidebar for more details). “Once the walls are to strength, we stand them into place and attach the structural steel to them,” Mr. Libs explains. “It is really similar to precast except that with precast the panels are cast offsite and are usually not structural. [With Tilt-Up] you are able to use bigger panels and eliminate transportation costs.” Tilt-Up’s cost effectiveness, durability, and speed of construction have all helped the method catch on.

AML is one of the oldest sustaining members of the Tilt-Up Concrete Association (TCA), the industry’s international nonprofit trade association. “We have several employees who have gone through and received their certification through the TCA for either Tilt-Up technician or Tilt-Up supervisor,” Mr. Libs shares. “We really work hard on making sure that everybody is educated both on methods and safety.”

AML has completed millions of square feet of Tilt-Up projects. AML has recently completed, at River ridge alone, 3.8 million square feet, with another 1 million under construction.

A company that has been around since the 1950s must be doing something right. “The number one key to our success has been our employees and the fact that we have had very low turnover,” says Mr. Libs. Remarkably, AML still has “at least one employee” that has been with the company “since the beginning.” Top-notch talent produces top-notch results, Mr. Libs explains, which keeps customers coming back.

Indeed, AML recognizes the value of its employees, and makes it a priority to keep them on board. “We want to take care of our employees and provide a great service to customers,” Mr. Libs summarizes. Competitive pay and generous benefits help the company retain its top talent. “We treat our employees the way we would like to be treated ourselves.”

This ‘do unto others’ attitude extends to the broader community as well. The company maintains an active presence in local charities, churches and organizations including the Chamber of Commerce, Southern Indiana Economic Development Council, and YMCA of Southern Indiana. The team has sponsored numerous golf scrambles and fundraisers for local schools and little league teams, as well as being involved with the Melvin and Bren Simons Cancer Center and the Make a Wish Foundation.

After a tough few years during the recession, Mr. Libs reports that the industry has more than bounced back throughout the Greater Louisville and Southern Indiana area. “Our region is booming. Our numbers are way up from what they were pre-recession.”

Intrinsic challenges still remain, of course. “The biggest challenge facing the construction industry is the lack of skilled tradespeople.” AML is working to launch a training program that will help remedy the problem by creating more skilled workers. Millennials are not rushing to take advantage of the opportunity, however. “We are trying to set them up with a comprehensive training program, but there is just not really a lot of interest in the construction field in the younger generation. They’ve been told by their parents and grandparents to stay in school, go to college, and work at a desk.” But, Mr. Libs points out that college may not be the best fit for everyone. “There are plenty of good paying jobs that don’t require a college degree. We have a lot of good paying jobs that pay better than a lot of jobs do right out of college… I don’t have anything against going to college. College is great. But at the end of the day, not everybody is cut out for college. [Some people] are ready to go to work.”

While the skilled labor shortage may remain an issue for some time, AML is already working with the next generation. “My son and my nephew and stepson have already started working [here] while they are going to college. They plan to transition from college into our field and hopefully stick with it.”

Mr. Libs hopes to hand over the reins to the next generation someday in the future; in the meantime, he will continue to grow the business. “I would like to maintain a slow, steady growth.” After more than half a century in business, the team recognizes that slow and steady wins the race. With Mr. Libs’ careful growth strategy – and a new crop of managers waiting in the wings – AML is well prepared for a fourth generation of success. 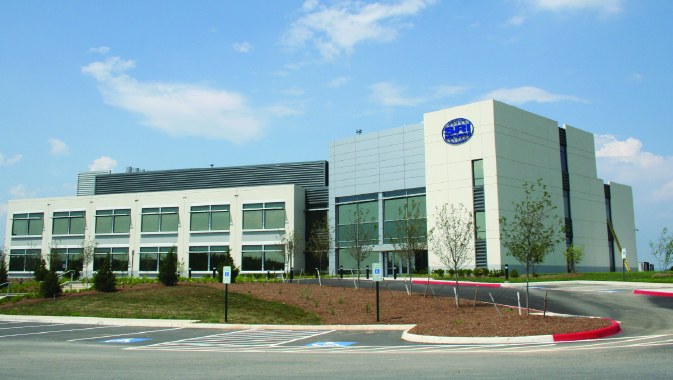