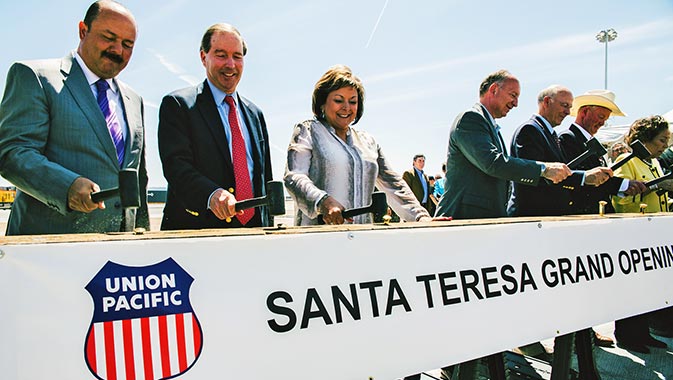 The Mesilla Valley Economic Development Alliance (MVEDA) is a private, non-profit economic development organization that serves Doña Ana County, New Mexico. MVEDA was formed in 1994, with representatives from both the public and private sectors working together in the economic interest of the local and regional economy of the Mesilla Valley.
~
As Davin Lopez, president and CEO of MVEDA explains, “I think what makes our organization interesting is really the public side which is also participating in our private lead efforts. It really is a true private-public partnership sharing a vision in economic development to help grow the overall region at large.”

Located in the southwestern part of New Mexico, Doña Ana County is home to Las Cruces and the Mesilla Valley. The region enjoys 340 days of sun annually and nearby mountains and forest, providing an excellent natural environment for outdoor recreation. Among other features, four golf courses and ninety city parks add to the vibrant culture and an exceptional quality of life.

Las Cruces and the Mesilla Valley also boast a strategically developed and favorable business climate that has been supported through the efforts of MVEDA and other government and partnering entities. The efforts of the group have it a great place to do business, work, invest and thrive.

From 2012 to 2014, MVEDA experienced its best years on record for economic development. During that time, 1829 new jobs were added to the county, creating $50,805,662 in new payroll. Some $114,232,950 worth of capital investments was generated through new projects, as well as through retention and expansion efforts.

The area is recognized by Forbes magazine in several categories. It ranks as among the ‘25 Best Places to Retire’, is seventeenth in job growth, is in the top thirty ‘Small Places for Business and Careers’ and is ranked as one of America’s ‘10 Hardest Working Cities’. Las Cruces, the Mesilla Valley and Doña Ana County have also been acknowledged for world-class post-secondary education and the low costs of doing business.

The region is on a forward trajectory, as Lopez explains. “Part of it has to do with our focus. We’re not just taking a shotgun approach to marketing the region. We really are trying to get in front of industry with our unique assets, and, I think, over time, the strategy has resulted in the success we’re seeing.”

MVEDA is strategically marketing the county. As a community, it is coming together to target industry-specific development, diversify the economy and overcome the challenges that present themselves. With a relatively small metro population of just over 200,000, Las Cruces and the Mesilla Valley are experiencing tremendous economic success.

The Borderplex is a three-state, two-nation region of over 2.5 million residents. Comprised of the Las Cruces, New Mexico Metropolitan Statistical Area (MSA); the El Paso, Texas MSA; and Ciudad Juárez, in the state of Chihuahua in Mexico. The term arose in 2000 when MVEDA recognized Doña Ana County’s importance in the region’s economy and began marketing the County as part of the broader region. Since that time a regional body, the Borderplex Alliance, has formed to increase the marketing effectiveness.

“When you are part of a population of one million in the Las Cruces and El Paso MSAs and a two million population in Juarez, we do have to work as a region,” stated Lopez. “Here we have proximity to access marketplaces through El Paso, Juarez, and, because of all the industry in that area, there are obvious reasons why we want to grow based on what’s happening regionally.”

The region has north-south rail service via Burlington Northern Santa Fe Railroad and east-west rail service via Union Pacific Railroad and its new $400 million intermodal facility at Santa Teresa. The facility is strategically located in Doña Ana County to better facilitate cross-border trade in the region and take advantage of the area’s strong manufacturing base and logistics.

The Borderplex promotes a number of opportunities for manufacturing and logistics through an effective mix of industrial parks, business and research parks with available land, buildings, infrastructure and room for additional growth. The parks are supported by the commitment of leadership at the local, county and state levels.

Using an asset-based marketing approach, MVEDA is working hard to make doing business in Las Cruces and the Mesilla Valley easier. It communicates the many advantages of doing business in Doña Ana County and shares the benefits of transportation access, the regional commitment to workforce development and available incentives.

MVEDA is targeting a range of sectors: manufacturing and logistics, renewable energy, business and financial services, technology, agricultural research and development, as well as aerospace and defense which are a growing part of the county’s economy.

The long history of aerospace in the region has been developed over the last six or seven decades. The area is home to the White Sands Missile Range which is the site of the first atomic bomb test and the largest military installation in the United States. It also hosts Spaceport America which was built to increase the commercial accessibility of spaceflight. Virgin Galactic and the New Mexico State University (NMSU) with its physical science laboratory, the first center of excellence for unmanned aerial vehicles (UAV), also greatly support the aerospace industry.

Mesilla Valley has an agricultural heritage which is also supported by NMSU through agricultural research and development and has led to the development of a strong food processing industry in the region to support local farmers; an important component of the local economy’s successes, past, present and future.

MVEDA’s ability to work in partnership to achieve a common goal is one of the organization’s strengths. Lopez emphasized the importance of the role of Governor Martinez of New Mexico and her state administration in investing in infrastructure, emphasizing border trade, helping local industry to flourish and creating a business-positive environment and manufacturing-friendly tax policies over the past several years.

“It’s a very large geographic area,” Lopez explained, “but understanding, emphasizing and paying attention to where we see industry growing, I think the state, as well as the cities and the county, are going to be able to stay as much as possible in front of those investments.”

The Bridge of Southern New Mexico is another public-private collaboration in Doña Ana County dedicated to bringing together education, workforce and economic development. The efforts of this organization are geared toward improving the graduation rate of local high school students in order to develop a future generation of workers to meet the workforce needs of local industry.

One of the initiatives of the Bridge of Southern New Mexico was early college high school, a program in which a student attends a high school located on the campus of NMSU. Upon completion, the student receives the equivalent of an associate degree along with their high school diploma.

The program has experienced great success. The first high school college focused on STEM education; a second one soon followed with a particular focus on medical and healthcare which will further support the needs of the growing local medical and healthcare industries. This will, in turn, continue to improve the quality of life in the Mesilla Valley.

“Our organization really does embody that community approach to building economic development through the private and the public sector, and we’ve seen that type of influence carry forward in groups like the Bridge of Southern New Mexico,” said Lopez.

“We see that as a huge opportunity where the community came together and found a solution for a problem.” MVEDA is working with several entities to sustain and grow the region’s economy while simultaneously supporting the collective growth of the Borderplex.

Moving forward, MVEDA will actively continue to develop the local workforce, foster the needs of local business and industry, fully capitalize on the logistical advantage of the Borderplex and market the unique assets of the region. The efforts to date have had success, catching the interest of companies from Turkey and Germany, which have made a North American debut in Mesilla Valley this past year.

By staying in front of critical target industries and ensuring the success of businesses and industries in the Mesilla Valley, MVEDA hopes to continue developing a reputation for having a business-friendly climate that is supported by the local and regional communities. 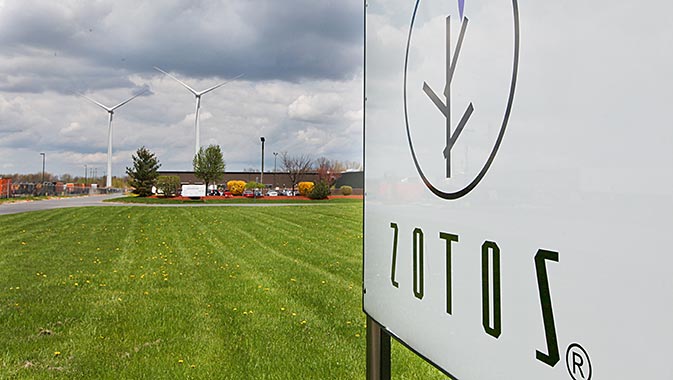 Leaders in Beauty for Over 80 Years