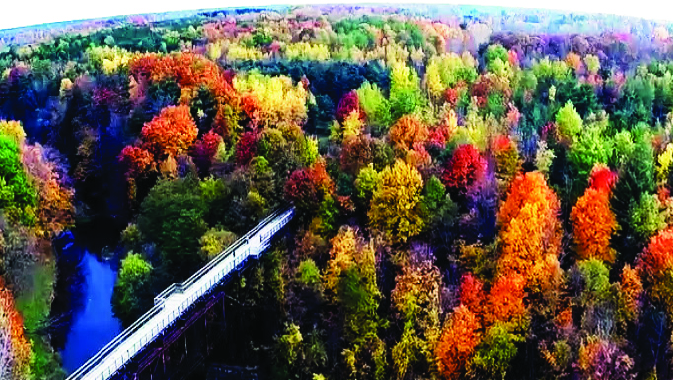 St. Clair County, Michigan has a long history of creating a thriving environment for business success, much of which can be attributed to its geographic location and efficient transportation infrastructure, which acts as an instrument to continued economic growth for the county.
~
The county is located halfway between Toronto, Ontario and Grand Rapids, Michigan, with a strategic location on the St. Clair River, which forms the border between Michigan and Ontario and is part of the Great Lakes Waterway.

Economic development promotion in any given region can be both challenging and rewarding when successful outcomes are realized. However, it requires a proactive strategic approach to attract both business and investors in a quickly changing competitive market. A recent report by the U.S.’s National Association of Counties (NACo) recognizes the important role counties play in addressing economic challenges and the subsequent solutions that will lead to healthy counties and healthy states and an inevitably healthy nation.

Investors, too, require an analysis of strategic planning to make the best decisions about where the business has the best chance of survival. Considerations such as location, access to a skilled workforce, an innovative environment and incentives are just some variables that will ultimately determine those decisions.

As a hub of international trade and commerce, St. Clair County is unique. It offers easy access to markets through deep water ports in Port Huron, Marysville and Marine City which has led to St. Clair County being known as the ‘Maritime Capital of the Great Lakes’. Two major highways (the Interstates 69 and 94) and access to Canada’s Highway 402, beginning at the county’s twin-span Blue Water Bridge, make St. Clair County an international trade corridor between the U.S. and Canada. In fact, the county is Canada’s number one trading partner.

St. Clair County is also the number two border crossing for rail traffic as determined by value and volume. The subaqueous St. Clair International Rail Tunnel, built under the St. Clair River between Port Huron and Sarnia, Ontario, reduces transportation times between the central U.S. and Canada by negating the use of barge crossings. The Canadian National Railway utilizes the tunnel for the transportation of goods from Toronto into Michigan and Illinois and beyond into Mexico.

Dan Casey, CEO of St. Clair County Economic Development Alliance, affirms that the county’s excellent transportation systems have, “made our economy a global one. We have the ability to connect to the rest of the world very easily which reduces the cost to transport goods to and from markets.”

He also believes that the county’s strong partnership with, and access to, the Canadian market is part of its success. “A combination of the Canadian market and access to Asian and European markets through deep water ports on the east and west coasts in Canada,” he suggests are responsible for the county’s success. “That helps to drive trade between countries, and we benefit significantly from that.”

When one thinks of Michigan, thoughts most often turn to the automotive industry. Although Michigan didn’t start out as a global auto industry giant – many auto companies began in New England – by the early 1900s, Michigan laid claim to this fame with thanks, in part, to a little Henry Ford ingenuity.

Today, Michigan is the worldwide leader in automotive design and production with nine global original equipment manufacturers (OEMs) – having facilities in the state and it is headquarters to 93 of North America’s top 150 auto suppliers. “We’re very fortunate to have many Tier 1 and Tier 2 automotive suppliers in our region that create jobs, invest money and are contributing to the state and local economy,” adds Casey.

“Automotive clearly is a dominant industry in Michigan,” he says. “We try to take advantage of that by providing resources to support that industry as well as transportation infrastructure. However, I like to think of it as the manufacturing industry because we also service the defense industry, aerospace and medical devices. In part, that is because of the ability of our workforce to make things.”

There are at least twenty-five automotive assembly plants within four hour’s drive, and the county is home to the Midwest’s largest plastic industry cluster. “It’s an excellent location in North America to design, develop and produce manufactured goods of any kind,” continues Casey. “Particularly those made out of metals and plastics.”

The two other sectors that benefit from St. Clair County’s combination of talent, location and resources are the defense and aerospace industries. Located just outside St. Clair County is Selfridge Air Force Base and the U.S. Army’s Tank Automotive Command (TACOM), one of the largest research and development centers in the U.S.

“A lot of our companies are here to produce products to treat metals, to cut metals [and] to design and engineer goods that are used in defense. Similarly, we have a pretty robust aerospace industry which is fuelled by some of the same needs.”

He says that much of the Economic Development Alliance’s focus is to work with both of these industries to increase their presence in the region. “Make no mistake, the automotive industry drives our economy, but some of those same competencies really are beneficial to both the defense and aerospace industries.”

The county is located on the northern tier of the metro Detroit region, has a population of over 163,000 and access to a labor force of over one million. Every region of the country needs a skilled workforce to help propel its economy forward. That’s a given. The investment in human capital is probably the single most important determinant of success when considering the vital interplay between human capital and economic growth.

As a state, Michigan has some of the best engineering talent in the nation. It has the most engineers per capita which is attributable largely to the automotive industry. Its universities and colleges have developed programs to meet the demand for specialized talent, and St. Clair County benefits from a number of educational institutions that graduate a highly skilled workforce.

Casey notes that the region is supported by more than 20 colleges and universities that are located within a one hour’s drive. Significant research and technical universities include Michigan State, the University of Michigan, Lawrence Technological University and Kettering University. These institutions, “have significant capacity to do contracted research,” adds Casey. “So they really are important players, not only at the state level, but also at the local level in terms of their ability to provide expertise and talent and also work with industries to develop new technologies.”

St. Clair County offers, “a very competitive toolbox of incentives to support projects,” Casey says. The county manages a Foreign Trade Zone (FTZ), for example, that supports company exports in the region as well as the importing of foreign goods into the market. FTZs are geographic areas adjacent to the nation’s ports of entry. Domestic and foreign goods receive the same customs handling and are not subject to tariffs which lowers the cost of doing business for companies engaged in international trade.

“We offer the standard tax abatements; we have low-cost municipally owned land that can be made available for free to companies for projects that generate significant new employment.”

A variety of other incentives and programs are available to companies for warehousing or logistics projects. “It’s a pretty extensive toolbox of incentives that are available to us,” he says. “It’s bolstered by great talent and expertise, both at the state level and locally.” These incentives can be tailored to meet the requirements and specific needs of any company.

The county currently offers 12 industrial parks, offering plenty of opportunity for growth and expansion. Larger sections of land are currently being prepared for development. Also, St. Clair County recently received a State of Michigan SmartZone designation that will be used to develop a 384-acre technology park along the I-94 corridor. I-94 is the longest Interstate and runs east to west and borders on Michigan’s south. “Our existing parks are extensive and largely full at this point,” continues Casey. “There is still some land available, but it is limited in terms of the number of acres. So we are developing the next generation of industrial and technology parks to meet future demand.”

The city of Port Huron recently announced plans for the development of new housing along its waterfront as well as a couple of hotel projects. One such hotel project includes a twenty-acre brownfield site currently under redevelopment for a Holiday Inn Express. The land was purchased by Amerilodge Group in 2013. Amerilodge’s interest was sparked by the announcement of the construction of the now-completed, $9 million Blue Water Convention Centre. These projects are huge assets for the area, especially relating to tourism.

“I think tourism is an important aspect to our economy,” says Casey. “We benefit significantly from day and weekend traffic from Canadians that come here to shop. We do a lot to try to welcome the Canadian shoppers and vacationing visitors to our area. That’s one of the benefits of living on a border. It really makes for a good partnership between the countries.”

Casey shares that St. Clair County is an affordable place to live and an ideal location for business. “It’s a market that people enjoy coming to because of the water and recreational assets that we have here. It’s a great place for your business because of the low costs of running those businesses in our area.” 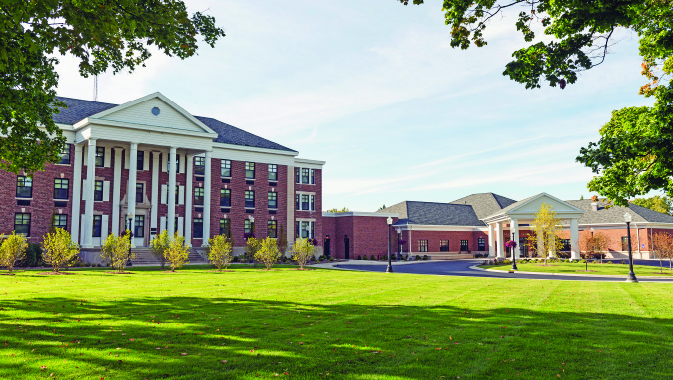 America at its Finest