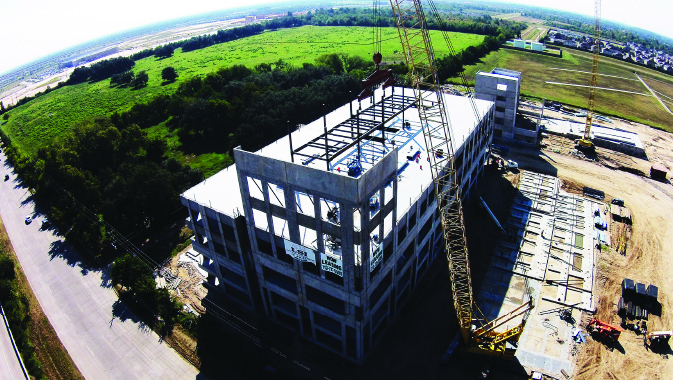 Since the 1990s, tilt-up construction has been a dominant method for delivering concrete buildings. LJB has been at the forefront of this technique since the 1970s and has taught it to many companies across the Western Hemisphere.
~
LJB, established in 1966, is a highly respected company in the fields of civil, environmental, structural and safety engineering. We spoke to one of the Managing Principals, David Tomasula, P.E., to find out more.

Bill Lockwood started the company in Dayton, Ohio, with partners Harold Jones and John Beals. The initials of the three formed the company name, and each man brought something different to the table. Bill was the structural engineer and business entrepreneur; Harold was a well respected highway and bridge engineer; and John a celebrated municipal engineer. Today, the company boasts more than one hundred employees and will celebrate its fiftieth year in business next year.

“We don’t design big football stadiums or high-rise office buildings, but instead we concentrate on low-rise; to date that’s been one- to six-storey buildings,” says Tomasula. “With one client in Ottawa, we are involved in a number of elementary school design projects, four of which are active now. They are doing a big build up of schools in the Ottawa area.”

The company’s tilt-up buildings have exterior walls that are made out of reinforced concrete. “We actually build these walls at the building site in a flat position,” Tomasula explains. “The wall panels are built on top of the floor slabs; lumber is placed to form the dimensions of the panel, and then the concrete is poured. After the panels have been cast, a large mobile crane comes on site and picks up the panel that is on the floor slab. The crane lifts it up to set it on the foundation, forming the exterior wall of the panel. That’s why it’s called tilt-up.”

Tilt-up is also called site-cast to distinguish it from pre-cast concrete, which refers to concrete elements that were cast in a manufacturing plant and then put on a truck and driven to the site. Some will use pre-cast panels with the tilt-up construction method. However, by building the panels on site, LJB gains scheduling and economic benefits.

LJB is one of the leaders of the site-cast tilt-up method, Tomasula explained. ”It goes back to Lockwood—our founder. In 1979, he started working with a developer in Dayton, Ohio, who was interested in developing and building some buildings, and he needed a structural engineer to design them. So, in 1979, we learned how to design and build tilt-up.”

By 1986, LJB had six clients for which it was designing tilt-up structures. To put this in context, tilt-up was still a fairly new method of construction in the seventies and eighties, with the exception of California where it started.

1986 was a watershed year for LJB, as it had developed a program to teach general contractors how to construct via this method. LJB made a business out of it, where they would provide the design work, as well as train contractors who had never completed tilt-up construction before. Once LJB taught the contractors the essential means and methods, they could then carry on independently.

Tilt-up is much more commonplace now than it was in the eighties and nineties, so there are fewer opportunities to teach, but the program continues to this day as the CON/STEEL Building Program. David estimates that LJB has trained more than fifty companies in tilt-up construction. As far as he knows, LJB is the only engineering firm that has ever done anything like the training program.

“Many of the contractors we trained are part of a group that we call the CON/STEEL Alliance. They network with each other and share best practices in an effort to continuously improve. It’s like a little fraternity.” All the contractors have been trained by LJB and receive design support from the company. While the contractors now perform independently, the value of the Alliance is that they get to learn from their peers as well.

LJB participates in a few trade organizations such as TCA (the Tilt-Up Concrete Association) to stay abreast of the latest in tilt-up methodology and technology. TCA was founded in 1986 and, unsurprisingly, LJB was a founding member. LJB staff members also hold leadership positions within American Concrete Institute’s (ACI) ACI 551 tilt-up concrete committee. It is a way to stay current and participate in these industry organizations to maintain the leadership status that LJB earned in this method of construction.

One of LJB’s active tilt-up projects is called Goodman Manufacturing, slated for completion in 2016. It will be the largest tilt-up building (by square footage) in the world, with more than four million square feet of floor space under one roof. Goodman Manufacturing produces air conditioning equipment for both commercial and residential applications, and this will be its flagship manufacturing and distribution plant, located northwest of Houston. Design started in November of 2014 with construction starting this spring.

“It’s really exciting to be a part of something that large. It is valued at over $400 million and that includes all the systems inside the building,” Tomasula says. “It has been a challenging project because obviously, with four million square feet, a lot of design is needed. We are working hard to get it done on time, as design and construction are happening concurrently on a project of this magnitude.”

Another of LJB’s signature tilt-up projects was phase two of Sierra Pines in Houston. While this is not the first six-storey tilt-up building, it is unusual for Texas and was built with a unique arrangement. The six-storey building was achieved by stacking two-storey tilt-up panels on top of four-storey panels.

“Normally we have one panel which sits on the foundation, and that’s the full height of the building. In some applications—like on Sierra Pines—it is necessary to stack panels vertically.”

In the early eighties, LJB was already stacking a one-storey panel on top of a three-storey panel to make four-storey buildings. No one else was doing that in 1983, and not many companies are even doing it now. LJB has the most expertise in the industry due to the number of jobs done in this fashion, which is why LJB has been asked to be a part of these high profile projects.

The safety group is a combination of structural engineers and safety professionals who focus on fall protection to protect workers who operate at heights. LJB’s team provides consultation, training, risk assessment, and system design and certification.

The infrastructure group is the broadest. It works with communities on roadways and civil engineering projects, providing studies, surveying services and environmental assessments before projects get started. It also offers bridge and roadway design, traffic studies and traffic design, such as traffic signals.

LJB is in growth mode and has expanded regionally for the first time recently. The company’s Houston, Texas and Raleigh, North Carolina offices opened in late 2014. The immediate future will entail the expansion of these offices to serve these growing communities. 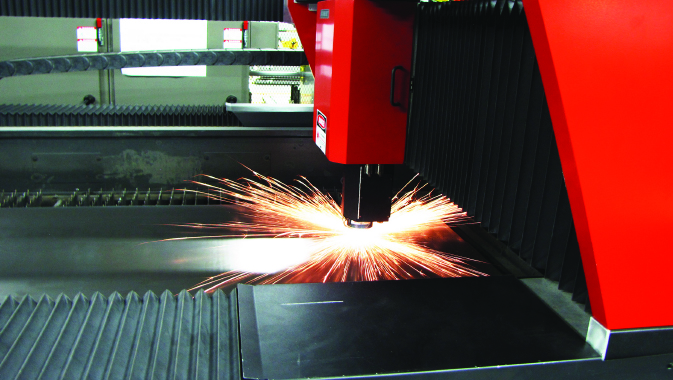