An Industry in Transition

Ups and Downs in Aerospace 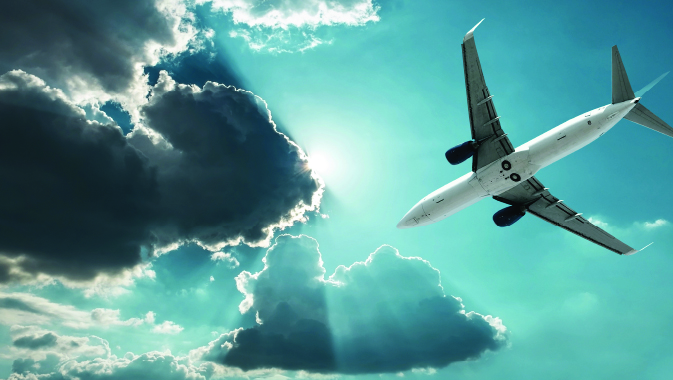 Affected by myriad factors including a sluggish global economy and production delays, the global aerospace industry continues to face challenges. Through long-range planning and a careful assessment of the future needs of the industry, it can succeed.
~
In May of this year, Montréal-headquartered Bombardier – the leading manufacturer of trains, business jets and commercial aircraft – announced the layoff of 1,750 workers, citing fewer orders for long-range business jets, a staple of the company.

“We have seen an industry-wide softness in demand recently in certain international markets and are taking steps to adjust our production accordingly,” said Éric Martel, head of Bombardier’s business aircraft division, in a statement. “We fully understand the impact this will have on our affected employees and their families and we will do everything possible to support them.” After leaving his position at Bombardier on May 18, Martel soon became president of state-owned utility Hydro-Québec.

Considering the softening of the international marketplace to be short-term, a number of factors have been cited by industry analysts for the downturn, including challenges getting the C series commercial jet to market and the suspension by Bombardier of the development of the mid-range business jet Learjet 85 this past January.

The suspension saw the company take a massive $1.4-billion U.S. write-down and lay off approximately 1,000 workers in Mexico and Kansas. Additionally, the well-respected company has seen increasing competition and a resulting loss in market share from other business jet manufacturers, including Gulfstream Aerospace Corporation, based in Savannah, Georgia, along with French-based Dassault Aviation SA, which manufactures civil and military aircraft in France and internationally.

Less than two months after Martel’s departure as president of the company, Bombardier’s shares tumbled to a 22-year low on July 10. Factors for the plunge included delays over the company’s new Global 7000-8000 business and suspension of the Learjet 85. A further factor was speculation that China Eastern Airlines would announce the purchase of fifty Boeing 737 aircraft for budget subsidiary China United Airlines, instead of the Bombardier C series.

Bombardier has seen many delays with its C series jets, shown here, but there are new fears about more delays in yet another of the company’s lines of business jets. To make matters worse, are slowing economies in China and Greece, both major markets for the company’s aerospace and rail divisions.

Bombardier’s management team, forced to re-evaluate, announced that management was undertaking a full review, including scheduling of deliveries, of its long-range business jets and the Global 7000 and 8000 program. For the company, shares dropped to the lowest prices since October of 1993, with Class B shares plummeting 7.8 percent to $2.01 at the close of the stock exchange in Toronto. Some have speculated that plane delivery will be up to two years late, arriving sometime in 2018-19.

Globally, Bombardier is not alone in terms of slowing sales. Brazilian-based aeronautics conglomerate Embraer-Empresa Brasileira de Aeronautica – better known as Embraer S.A. – saw a decade’s worth of profitability drop earlier this year, the biggest sales slump in three years. The largest airplane manufacturer in Brazil, the São José dos Campos-headquartered giant, which provides aeronautical services and produces an extensive range of aircraft for executive, commercial, military and agricultural purposes, such shares fall 8.6 per cent to 23.44 Reais.

The decline in earnings, according to Embraer S.A.’s Chief Financial Officer Jose Filippo, was “a result of fewer deliveries and an unfavourable mix of airplanes, with the dominance of the E175 model, which by nature, has lower margins.” The company delivered thirty commercial jets and fifty-two executive jets in a three month period leading up to December, a decline from thirty-two commercial and fifty-three executive in the same three-month period the year previously.

At the end of July, it was reported that Embraer had $300 million in revenue in 2015 due to Brazil’s weakened currency and cuts to defence spending. As a result, the company will delay development of the KC-390 military cargo jet for the Brazilian Air Force. The planes will be delivered in the first half of 2018, rather than by the end of 2016.

Even with defence operations accounting for over twenty-three percent of sales in 2014 – falling to just fourteen percent of revenue in the last quarter – all is not doom and gloom for the world’s aeronautics industry. Highly diversified, Brazil’s Embraer is also active in the launch of Brazilian satellites which have established a border monitoring system in the Amazon rainforest. It also has a number of contracts to refurbish and upgrade older fighter jets.

Although revenue, which dropped to $1.51 billion, was worse than the eight percent anticipated by investors, declines in net income of ten percent to $129.3 million were not as bad as many had feared. Additionally, there was a modest improvement in the company’s balance sheet; although $511 million in net debt was up from a year earlier, it was down approximately $70 million over the past three months. Despite a slow recovery in the market, the company has stated that it will maintain its strategy for prices of its executive jets. Embraer was also able to generate $72.7 million U.S. in free cash flow during 2Q15.

While Bombardier has announced that its Global 7000 business jet will be two years later than previously scheduled and that it has seen a lack of orders for commercial and corporate jets, there are glimmers of hope. Recently, second-quarter results saw better-than-expected adjusted earnings of $0.04 U.S. per share from $4.6 billion U.S. in revenue. Lower share prices, combined with statements from Bombardier President and Chief Operating Officer Alain Bellemare regarding cost reduction plans with the goal of ‘significant’ savings may result in new investors into the company.

Under the leadership of Bellemare, appointed this past February, many are optimistic. The company is already announcing formal cost reduction programs and working with suppliers to reduce expenses and better control working capital as it seeks to make better use of its cash. Bellemare is assessing his leadership team and continuing to launch strategic reviews of Bombardier’s major businesses while working on an initial public offering of its rail unit for the German stock market.

While there may be slowdowns in the manufacturing side of the industry, there is promise for the future. In July, Canada’s federal government announced over $2 million in funding for British Columbia’s advanced manufacturing and aerospace sectors and the University of Victoria and Camosun College are slated to receive funding support for projects.

The injection of over $1.5 million from the Government of Canada will see Camosun College create a new, hands-on testing integration lab, built to support the manufacturing sector and provide industry with ‘access to state-of-the-art manufacturing technologies’. It will also create a career hub to promote interaction and recruitment between students and local employers. Additionally, the University of Victoria will receive an investment of $527,000 earmarked for laboratory upgrades and the acquisition of new equipment which will help support ‘the design, development, commercialization and certification of Unmanned Aerial Vehicles (UAVs) and Payloads at the Centre for Aerospace Research (CfAR).’

“By investing in state-of-the-art technologies at Camosun College and at the University of Victoria, our government is helping the advanced manufacturing and aerospace sectors grow, while creating a highly qualified workforce for the future,” said The Honourable Michelle Rempel, Minister of State for Western Economic Diversification.

Dr. David Castle, Vice-President Research at the University of Victoria, said: “In the three years since its inception, UVic’s Centre for Aerospace Research has become a Canadian leader in UAV research, design, integration and testing. This funding will advance the application of next-generation UAVs (Unmanned Aerial Vehicle) in a wide variety of fields, including agriculture, forest fire patrol and search and rescue.”

While certain sectors of aerospace, such as long-range business jets, are lagging, others are growing. It is expected that spending on UAVs will double over the next decade from current expenditures of $5.9 billion to $11.3 billion annually. At present, Alberta is emerging as Canada’s leader in the development and growth of UAVs, with over seventy Alberta-based businesses, educational institutions and military agencies engaged at various stages of UAV research and development, testing and manufacturing.

“Our government recognizes that these industries are key to Canada’s long-term economic success,” said Minister Rempel. “With our support, we are driving innovation, improving international competitiveness and growing both the western Canadian aerospace, defence and security sectors and the unmanned vehicle systems industry.” The future of aerospace in North America is undeniably strong but, in order to succeed, it will require vision, cost-cutting and a re-evaluation of future industry needs. 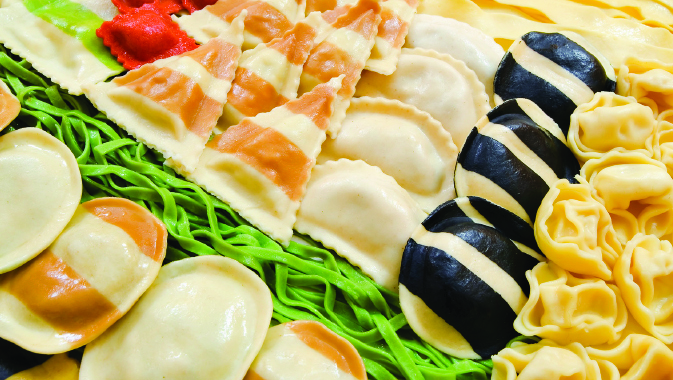 Your One-stop-shop for All Things Pasta

An Industry in Transition