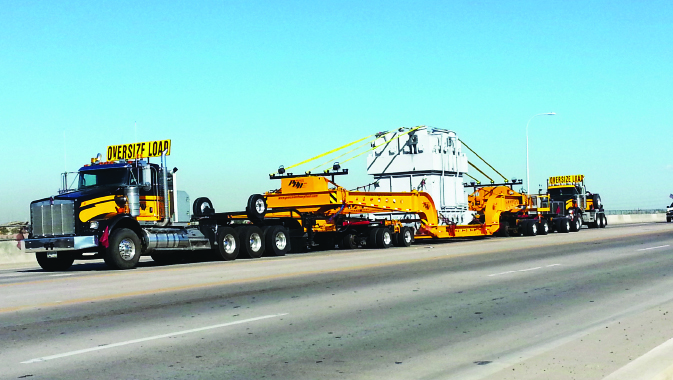 1984 was the year Precision Heavy Haul began operations under the leadership of CEO Mike Poppe. The company is known for specializing in projects that require moving loads that are heavy, oversized or otherwise awkward.
~
The firm’s reputation in the industry comes from successfully undertaking complex moves for the power generation and mining sectors. Despite being in an industry that requires some very dangerous work, Precision Heavy Haul regularly receives awards for being accident free.

Mike entered into this industry at a young age as his father had a trucking company. Out of high school, he ended up at Universal Technical Institute before choosing to follow in his father’s footsteps. On his own, he bought a 1967 Kenworth truck, and Precision Heavy Haul was underway.

Initially, the company catered to construction equipment hauling. He was approached with the question of whether or not large equipment could be shipped more completely to save the client costs and field time. Mike thrived on the challenge and his team designed a trailer to move equipment with minimal disassembly. As he says, you have to surround yourself with people that are smarter than yourself.

“Back in those days, it was a 245 Excavator, and we designed a trailer to move them complete where everyone else was doing tear-downs.” Over the thirty years that have followed, Precision Heavy Haul has grown to include seventeen tractors and more than 150 trailer combinations.

Mike thinks of solving puzzles as common sense and it’s something at which he’s always excelled. This knack for problem solving combines well with his degree from Universal Technical Institute and his best ideas happen when he’s not even awake. “For myself, the way to work with new innovations starts when I go to sleep, thinking about how to accomplish it. I wake up in the middle of the night with a concept, and then I will come in and start doing some drawings.”

Precision Heavy Haul has a reputation in the industry for performing complex transport projects. These projects are about innovation and concepts, but also about safety. The company has the best safety statistics in the country. In 2014, Precision Heavy Haul received the Specialized Carriers & Rigging Association’s 2014 Zero Accidents Award and typically achieves this status year after year. It also won the Arizona Trucking Association’s Fleet Safety Award.

The Specialized Carriers & Rigging Association is an international trade association of nearly 1,300 members in more than forth-five countries and Precision Heavy Haul has been a member for over twenty years. “First off, we were nobodies, but after gaining membership to the SC&RA, that put us on the map. One of the benefits of this membership is that you are working with so many different people, that they just don’t become competitors anymore, so much as they become working relationships.”

There are a host of other advantages to SC&RA membership including advocacy, as the organization fights to keep regulations less burdensome while maintaining a safe and healthy work environment. “Since 2007, the whole industry has been changing. It has become more difficult and challenging than ever before and has a lot to do with the administration and the economy. More government regulations just keep piling on us daily.”

Much of the regulations that the company has to deal with are due to the fact that it often works in ports and has to deal with issues such as engine compliance. It is also constantly buying new equipment to keep up with changing emissions regulations. “What we could do prior to 2007 is totally different to what it is now, but this affects everybody in the industry. I can only hope it gets better.”

CSA scores – standing for Compliance, Safety, Accountability – are an initiative of the Federal Motor Carrier Safety Administration (FMCSA) and were introduced by a federally regulated body to improve the overall safety of commercial motor vehicles. Scores start from dispatch all the way down and have become more stringent over the last fifteen years. A company’s safety data is collected from roadside inspections, crash reports, investigation results and registration details. All this information is then made available on the FMCSA’s Safety Management System (SMS) website, which is updated on a monthly basis. Precision Heavy Haul has had the best scores possible.

Further accolades happened in 2014 when the company garnered the Specialized Carriers and Rigging Association (SC&RA) ‘Hauling Job of the Year’ for its work on moving the radio antenna for the observatory of the University of Arizona.

The move involved a radio telescope forty feet wide that had to travel across two states, up a mountain and on roads half its width which sounds like a logistical nightmare. The cargo was a $14 million prototype antenna that began its journey at a VLA (Very Large Array) site fifty miles west of Socorro, New Mexico, with a final destination of Kitt Peak National Observatory at an elevation of 7,000 feet. This was the widest load ever to cross New Mexico and Arizona.

“It was shipped in two different components. We had to build fixtures to support the reflector and the base. We were constantly measuring widths between structures and heights for both ground and overhead clearance. There was a bridge and rock outcroppings, trees that lined the entire route, as well as power lines, et cetera.”

The reflector, once it got to the base of the mountain of Kitt Peak, had to be angled upright at sixty degrees. One of the biggest challenges was that the base could only be supported in three places. Precision Heavy Haul designed fixtures, not just for shipping, but to also rotate it from horizontal to a vertical position.

The amount of time to put this together was substantial. Mike explained that it took almost 1,000 hours in engineering work and a further 800 on surveying and planning. Fabrication work totalled 1,700 hours and set up took 640 hours. It finally arrived at the base of Kitt Peak on December 10, 2013 – two days ahead of schedule.

The actual transport operations amounted to 1,865 hours. Twelve people worked on the ground but everybody in the company had a part in this as it was something that needed the expertise of all. “We are always dealing with difficult jobs that can leave us scratching our heads. There is always a new and complex project like this which takes so much planning, and we have to be so thorough with lots of engineering savvy.”

Local police were involved in traffic control. The route survey team met with state and county officials and homeowners to arrange tree trimming along busy roadways. “Some homeowners were excited about the extra firewood.”

“Thanks to months of planning, state of the art equipment and the skills of everyone involved, the work was completed within budget, on or ahead of schedule, with no incidents or accidents. The twelve-metre radio antenna is located at its new home at the ARO (Arizona Radio Observatory).”

Precision Heavy Haul is always designing new equipment to be more versatile and expand the capabilities of its niche. Trailer configuration is the next challenge as a company. There are more height restrictions and bridge restrictions and so loads have to be lower. The need for change is seen as an opportunity for the company to retain that competitive edge. 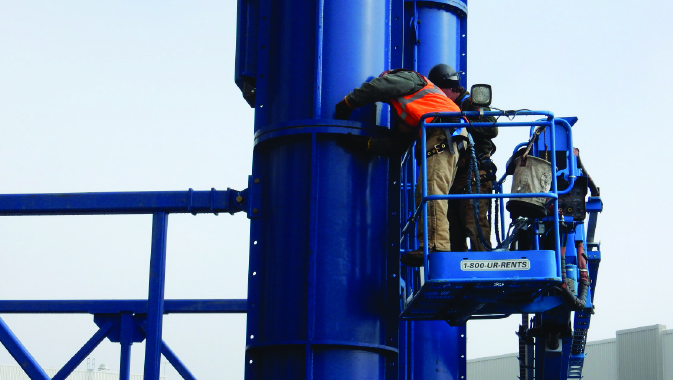