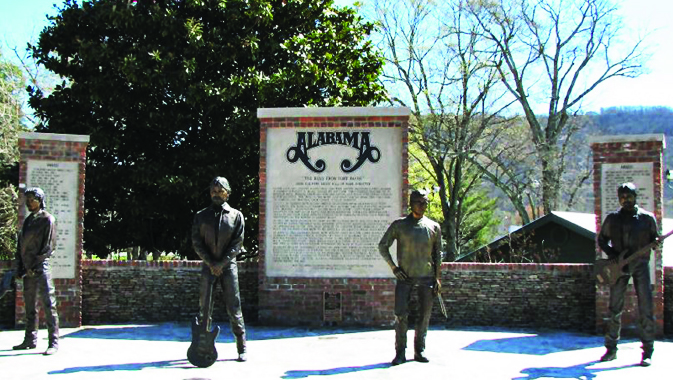 Located in Northeast Alabama within a two-hour drive of major cities in the Southeastern United States, DeKalb County has become an ideal location for distribution companies, automotive suppliers, and other manufacturers.
~
Since 1994, the DeKalb County Economic Development Authority (DCEDA) has been instrumental in recruiting and retaining businesses in the county. The County has always had a consistent population growth with a present population of 71,065 and a workforce of 30,903. Within a 45 minute drive time the workforce swells to 405,396.

Executive Director of the DCEDA, Jimmy Durham, spoke about what makes DeKalb County a great place for business, and about the role the DCEDA plays in bringing businesses into the county.

“We are a pro-business county,” Durham says. “Our work ethic is good, our workforce is easily trainable – these employees can adapt to the training for almost any job and we have a diverse industrial base located in the County.”

The County also boasts an abundance of properties and industrial sites and parks that are available for prospective businesses. “We only had one industrial park in the county when I came on board in 1994,” Durham recalls. “We have a product to sell to businesses and the DCEDA is responsible for locating properties whether or not they are municipally or privately controlled.”

The City of Fort Payne also has just completed a 320,000 square foot pad-ready site located less than a mile from access to Interstate 59 for a company to start construction. “Several companies have been looking at the site,” Durham shares. “We are hoping one will locate here.”

The County and the State of Alabama offer a number of incentives for businesses to come to the area and the DCEDA is responsible for promoting them to prospective businesses. “Since 1994, we have been very successful at attracting prospective businesses. We didn’t really have anything until that time to actively recruit and help businesses expand, or look at incentives they might be eligible for; we have all of that available today. Having a great incentive program to attract industry here is important. The state legislature passed new incentives to make Alabama more attractive from an incentive standpoint, helping to attract more businesses in the future.”

Some of these incentives include sales, use and property tax abatements and the Business Privilege Tax, which allows for deductions for pollution control equipment. Corporate Income Taxes include capital investment credits and deductions for qualifying companies.

Historically, DeKalb County was known for being the “Sock Capital of the World,” thanks to the presence of the hosiery industry that dominated the area since the 1900s. Over 600 million dozen pairs per year of socks were made in mills throughout the county at its peak. That all changed in the late 2000s as the Great Recession, the Caribbean Free Trade Agreement (CAFTA) and the North American Free Trade Agreement (NAFTA) gave countries in Central and South America the opportunity to export socks to the United States. This caused the hosiery industry to collapse in DeKalb County. “Companies started moving offshore and we lost approximately 6,500 employees in the industry in a two-and-a-half year period,” Durham recalls.

As a result, the county’s unemployment rate rose to 16 percent. However, thanks to the DCEDA’s efforts to diversify the economy, the unemployment rate has fallen to six percent in recent times. “We have really been successful at decreasing the rate in just five years through recruitment and working with our existing industries to promote their expansions.”

Thanks to its location, easy access to transportation, a skilled workforce, and support from the DCEDA, DeKalb County has been able to quickly diversify its economy in a number of verticals. Some of these industries include distribution centers, components manufacturing for the automotive industry, food processing, wood products, and data centers. DeKalb County was the first county in the State to become a 1 Gig County with potential for even greater bandwidth if needed.

Although started by a legislative act in Alabama as a two-person operation, the DCEDA has grown along with this county of 71,000 people. Durham feels that the agency’s transparency and technological savvy has kept the County ahead of the pack. “We provide prospects with the information they need to make decisions,” he explains. “We provide information on our website such as GIS mapping and aerial videos of available property filmed from drones. We were the first county in the state to use them for aerial photography for buildings and properties. We use the latest and most detailed workforce data to provide a detailed profile of the area’s workforce now and in the future.”

The DCEDA is the main recruiter in DeKalb County, with local incentives to ensure that the county and city governments are prepared to bring in new industry and show prospects site-ready developments. The Authority also works with the State of Alabama to bring companies to DeKalb County and works with the Tennessee Valley Authority (TVA) to provide assistance with attractive utility rates. The DCEDA also works with the Economic Development Partnership of Alabama and the North Alabama Industrial Development Association.

“When Mercedes opened their plant [in 1997], zero cars were made in Alabama at the time,” Durham recalls. “People were wondering, ‘why they would build a plant there?’ Since then, many companies have built plants in the area and we have been going after Tier 1, 2, and 3 suppliers to open operations here in DeKalb County.”

Some of these companies include Rainsville Technology, an automotive parts company that specializes in manufacturing components for Honda and other car companies. In addition, Canadian auto supplier Plasman opened its first American manufacturing facility in Fort Payne, DeKalb’s county seat. The company specializes in plastic-injection molding, painting and assembly of automotive exterior parts and tool repair.

Heil Environmental Industries manufactures garbage and recycling trucks in Fort Payne and is one of the world’s leading producers of refuse collection vehicles.

GameTime, a manufacturer of institutional playground equipment, is also located in DeKalb County. The company has also supplied local parks with playgrounds.

Polymer Industries, a leader in the manufacturing of polyolefin products, makes its headquarters in the county and manufactures items such as High and Low-Density Polyethylene, Polypropylene and Ultra High Molecular Weight Polyethylene in the company’s 200,000 square foot plus facility.

Lee Energy Solutions, meanwhile, manufactures wooden pellets in DeKalb County – an alternative energy product that is designed to be efficient and cost-effective.

Food processing is another industry that is taking hold in DeKalb County. Granny Hester’s Fine Foods makes its famous sweet potato biscuits and bread pudding there. Started by a local entrepreneur in 2005, the company began distributing the product nationally in 2008. Koch Foods operates a major chicken processing plant in Collinsville.

As well, Amazin’ Raisins has had operations in DeKalb County since 2013. The gluten-free, fruit flavor-infused products have been selling nationwide, particularly to schools, which have been seeking healthier foods to fulfill new school nutrition requirements.

DeKalb County is proud to be able to offer all of the goods and services that these industries need in the areas of construction, services, and site preparation; however, it isn’t all work and no play in the county. As a native of Fort Payne, Mr. Durham speaks about the high quality of life the county has to offer. Thanks to its convenient location between Atlanta, Birmingham, Chattanooga, Huntsville, and Nashville, county residents have the opportunity to enjoy what these cities have to offer without having to deal with the hustle and bustle.

“DeKalb County gives people the opportunity to live in a community that is rural and safe but within a reasonable drive time of these cities,” Durham says. “We also have one of the top school systems in Alabama and many of the schools offer career pathways into technical training and education as well as apprenticeship programs with several of the local manufacturers.”

The county is also known for its low cost of living, below the national average. The area also offers many amenities for residents and visitors alike, including nearby state and national parks as well as two major fishing lakes. The County is within two hours’ drive of four of the nationally known Robert Trent Golf Trail courses.

DeKalb County is also home to Lookout Mountain, where visitors can enjoy scenic views, mountainous terrain, flower blooms in the springtime and foliage in autumn. Cloudmont, the southernmost ski resort in the Appalachian Mountains, is located in the community of Mentone, which is also known for its arts and crafts community.

The DeKalb County Economic Development Authority has been instrumental in attracting new businesses and diversifying the economy of the county with incentives, aggressive recruiting, high quality of life, and winning location. Mr. Durham envisions much success in the future. “We have a great workforce, great location, a great cost of living, and we are a great place to work, live, and do business,” he says. “Companies have grown with us and industries can come in and grow here.” 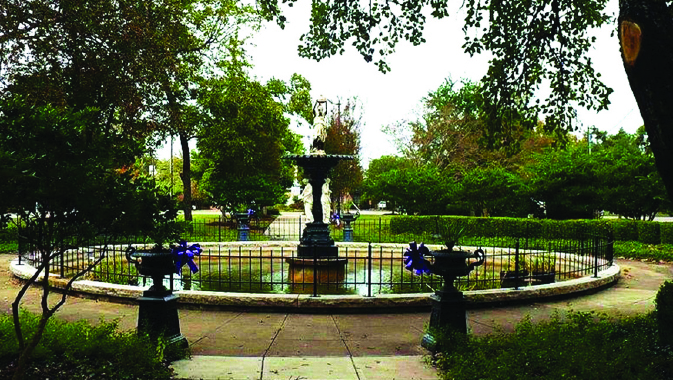 Discover Marengo! At the Heart of Alabama and the New South