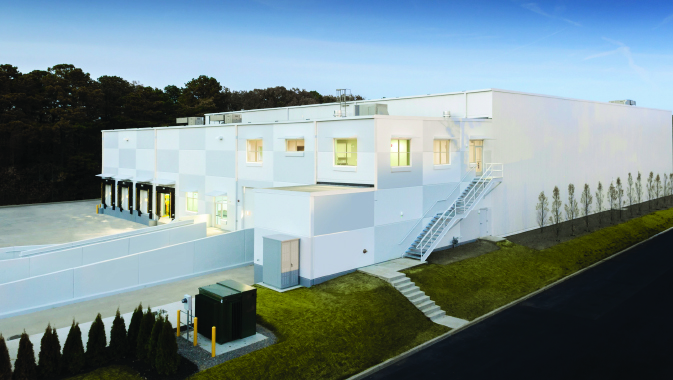 V. Paulius & Associates (VPA) is a leading building design and construction organization and an illustration of the American dream in action. A closer look at VPA’s growth uncovers a core commitment to service that has withstood the test of time.
~
What started out as a one-man design company has developed into a full-service design, development and construction corporation. As the firm approaches its fiftieth anniversary next year, the legacy of success continues. With present construction values exceeding the thirty million dollar mark, it is safe to say that VPA is a homegrown success.

The V. Paulius & Associates success story began when Vytautas ‘Victor’ Paulius, an immigrant from the small Baltic country of Lithuania, arrived in Canada during the late 1940s. After putting himself through school, he became a civil engineer. By the early 1960s, Victor had moved to the US, where he worked as chief engineer for a large NY-NJ metropolitan area construction company. While employed there, he was first introduced to tilt-up construction.

Despite the promise of tilt-up, it had yet to experience widespread use. However, as a result of his technical engineering background, Victor saw the tremendous potential tilt-up presented for the construction demands of utilitarian structures.

The civil engineer turned entrepreneur then created V. Paulius & Associates in 1966. First starting out as a design consulting firm, VPA quickly became a complete building design and construction business. Tilt-up construction is not the only service VPA offers, but it is a highly specialized building procedure upon which the company has built its reputation. From a design and construction standpoint, tilt-up has tremendous value as a method that is both cost friendly and timesaving.

When the company was created, tilt-up was a relatively underutilized building method. Although the process was becoming favored throughout the warmer southern tier states, it was quiescent in the Northeast. Historically, construction firms in the Northeast worked predominantly with building techniques that relied upon masonry and precast panels. Due to the challenges of large outdoor casting beds with inclement weather, many northern contractors shied away from techniques that required work outside of controlled environments. Although tilt-up has its challenges, clients came to discover that there isn’t a more efficient method. Consequently, often the question is not: “Is a tilt-up technique the best approach?” Instead, it is: “Which contractor is skilled enough to perform it?”

When it comes to warehouses, distribution centers, large retail stores, manufacturing and other types of industrial facilities, tilt-up is the way to go. The key is finding a contractor that is both technically capable and experienced, and this is where V. Paulius & Associates shines.

VPA’s big break came when it took on food distribution centers, a specialization in which it still excels today. Since expanding into development and construction, VPA has become the first point of call for projects that demand complex solutions. The company works on customized distribution centers, cold storage and manufacturing facilities. VPA brings the experience and knowledge of what it takes to carry out quality tilt-up and, in particular, what it takes to tailor tilt-up to the environment of the Northeast.

Although other tilt-up providers exist throughout the US, there are few with the in-house capabilities and expertise of V. Paulius & Associates. As one of the first contractors to enter the tilt-up market in the Northeast, the company has fine-tuned its existing knowledge base and services.

Raymond Paulius, AIA, design principal and COO of VPA, explained: “We are very vertically integrated. We are actually design professionals who are developers and contractors. We are true design-builders, so we do the entire project ourselves.”

As a central point of access for clients, VPA offers personalized service and peace of mind. From site evaluation and selection to facilities programming, comprehensive value engineering as well as financing and leasing, V. Paulius & Associates creates integrative structures which are lower impact and higher value than most other offerings on the market.

VPA has carried out some of the most innovative projects in the country, defying existing expectations of tilt-up’s potential. “Even though our buildings are background buildings, we try to make them as interesting and exciting as we can.”

It is known for taking on projects with unique engineering challenges such as specialty food processing facilities and high-cube freezers with super-flat floors. Most recently, VPA was called in on an advanced medical sterilization facility. The company not only assisted in developing and designing the facility, but will also be constructing an E-Beam Accelerator, a protected space in which the use of electron irradiation is carried out. “We have the hands-on experience necessary to get the project done right. It allows us to see the challenges of tilt-up, but it also gives us the confidence to push the envelope.”

VPA is both a contractor and a property developer and offers invaluable insight into the many facets of facilities planning and development. As it has progressed and delved more deeply into independent development endeavors, even complex issues such as infrastructure management have become fundamental elements of its holistic design approach.

In an industry that relies heavily on quick turnaround times, the benefits of a specialized contractor are priceless. VPA is known for its commitment to meeting deadlines. On any project, time is money.

Since VPA works predominantly on customized distribution centers and cold storage buildings, its contracts are directly connected to the profitability of a company. “Typically we self-perform, and that is the key that makes us very competitive.”

This commitment to self-performing the majority of its contracts means that its high-end fleet of equipment is ever expanding. From excavating to the creation of concrete, VPA has the in-house technology to ensure a project’s requirements are met.

By providing general contracting and construction services that include full architectural, design, engineering, and planning, VPA eliminates intermediaries and the subsequent missed deadlines and budgetary disasters so commonly seen on a major build.

It also produces the materials to carry out such plans. “By producing our own materials – for example, concrete – we control the clock.”

Being large enough to compete, yet small enough to care is a promise which has carried VPA through the waxing and waning of the ever-treacherous US construction industry. A key pillar of VPA’s success is its founding commitment to quality and personalized service. In the end, it is this that will carry VPA through to the next generation.

The company remains family owned and thrives on close client relationships that span decades. When companies grow too large, too quickly, personalized service falls by the wayside. Although VPA has expanded substantially since its creation, its controlled size remains a key driver of its success. In an industry increasingly flooded by removed multinational corporations, VPA offers a living, breathing point of contact. Thus, although growth is on the horizon, VPA plans to remain mid-sized to continue those relationships.

VPA has been at the forefront of development at home; however, in recent years, it has taken its services abroad. In a story which comes full circle, VPA is now bringing tilt-up to Lithuania, feeding back into the homeland of the company founder.

From a small one-man design firm to the multimillion dollar company it is today, VPA may have taken on a new shape, but the values at its heart remain unchanged. “We aren’t aiming to be the largest construction company. We are aiming to be the best.” 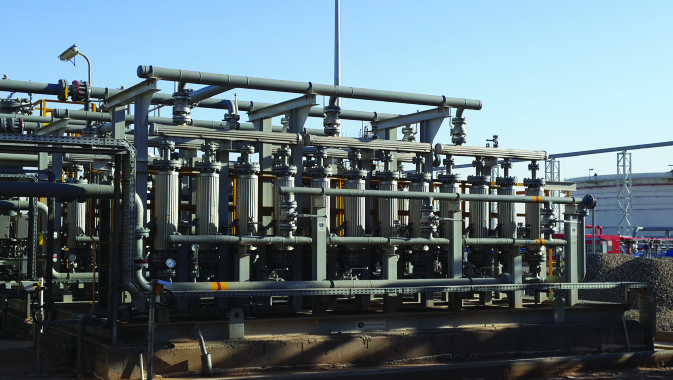