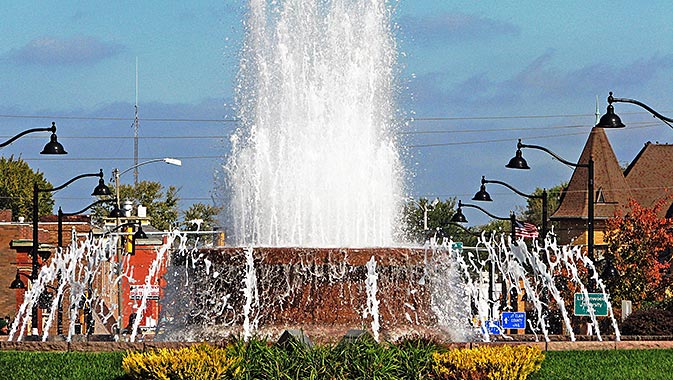 Belleville, Illinois celebrated 200 years of success in 2014. But, the city isn’t resting on its laurels; after two centuries of growth and development, the largest City south of Springfield, IL continues to plan for the future.
~
Belleville’s location is its starting point for success. “The location is ideal for people who want to live here or for people who want to start a business,” says Marketing Manager Sharon S. Strausbaugh. “We have the benefits of a larger metro area in a small town.” The MetroLink runs through Belleville, whisking residents to St. Louis in less than 20 minutes. “That connection has allowed our family to enjoy all of the things that are offered in St. Louis.”

The proximity of St. Louis – and the amenities located within Belleville itself – sets the city apart from other, similar sized communities. “Belleville is a small town that is not really small,” says Director of Economic Development Annissa G. McCaskill. “You get to know your neighbors, you still see children [outside] playing, businesses still know you by name. But, there are also a lot of amenities here.” While St. Louis is certainly a huge asset, residents also find plenty of recreational and business opportunities inside the Belleville city limits. “There is plenty to do here. We are seeing more and more people come over for things that we have going on, as opposed to us always going west.”

For example, Belleville’s new Christkindlmarkt (German Christmas Market) drew crowds from all over. Featuring European vendors and German food and beverages, the market was launched as part of Belleville’s 200th anniversary celebration. “Since Belleville is a city founded by German immigrants, the market was a natural fit,” Ms. Strausbaugh points out. The market proved a remarkable success, bringing in dollars as well as tourists. “Last year, our sales tax in December was up $62,000 from the year before,” Mayor Mark W. Eckert reports. “We know that a lot of it was due to the fact that this market brought people from throughout the area to Belleville.” Christkindlmarkt was such a success that the city plans to make it an annual event, with significant expansion in food, vendors, and entertainment planned for 2015.

Belleville is working hard to ensure that residents continue to enjoy a high quality of life going forward. In 2013, the city hired Kendig Keast Collaborative to update its Comprehensive Plan, Imagine Belleville, which won the prestigious Daniel Burnham Award for Outstanding Comprehensive Plan from the Illinois Chapter of the American Planning Association. The last Comprehensive Plan was developed in 2000 and had a 15 to 20 year outlook. Ms. Strausbaugh explains that, because the City had completed many of the goals set forth in that plan, and because of the dramatic economic changes that had taken place nationally over the last five years, it was time for the City to take a fresh look at its goals and objectives and create a new vision for the future.

Development is emphasized throughout the plan. “Belleville is on the crux of a period of evolution. In recent months we have seen an uptick in inquiries regarding major developers of residential, commercial and recreational uses. We anticipate that in three to five years, previously un/underdeveloped areas of the City will be drastically changed in terms of active use, aesthetics and quality of life for our citizens. We seek to provide variety in the types of development we pursue, while paying close attention to their ability to spur economic and vocational opportunities for residents and other businesses. In the end, it’s about the citizens of Belleville and providing the best possible for them.”

The Route 15 Corridor, which runs the length of the city and leads into St. Louis, has been specifically targeted for development. “It is really taking off,” Mayor Eckert remarks. Over the past few years, new construction projects along the corridor have included Belleville West High School, the 17th Street road extension with access to Belleville’s new Bicentennial Park, and Route 15 intersection improvements.

The growth along Route 15 continues with a major new development scheduled to break ground in just a few weeks. The $60 million project will include two hotels, a convention center, a Hofbrauhaus (an eatery exclusive to the Metro area), an additional four restaurants, and a convenience store. Developer Missionary Ventures, LLC has received a series of tax incentives to support the project, which will be built on a 33-acre tract of land located directly across the highway from the National Shrine of Our Lady of the Snows.

In addition to this project, plans to build an 11-field soccer complex on land next to the planned Hofbrauhaus and hotel development on Illinois 15 are being discussed. This complex would attract players from throughout the Midwest and provide an economic boost to Belleville. The proposed project is valued at $12 million to $13 million.

As one of the largest outdoor shrines in America, Our Lady of the Snows is already a major tourist attraction, and the new development is expected to funnel even more visitors its way. The new development will also create as many as 350 new jobs and has the potential to bring in up to half a million dollars in sales tax revenue annually. The city is eager to continue tapping Route 15’s potential. “We see that corridor as Belleville’s new front door,” Mayor Eckert explains. With a traffic count of 33,700 cars per day, this corridor has a high visibility location for businesses. More growth is being planned for the near future, including a new subdivision and retail developments.

Belleville’s downtown is also being targeted for ongoing development. “When I was a kid, our downtown was the shopping center of southern Illinois,” Mayor Eckert remembers. That came to an abrupt halt when the interstate was built a few miles north of the city and retailers relocated along the exits. “For the next couple decades, “our downtown was dead.” About ten years ago, city leaders made the decision to revitalize the space. “We made that effort to really aggressively change a dead situation into something viable.”

The transformation has been remarkable. Virtually every storefront is filled with a successful business and the sidewalks are packed with shoppers and diners enjoying Belleville’s amenities. “Belleville is becoming a destination,” Mayor Eckert remarks. “Now, instead of going to St. Louis, people are coming to Belleville. We have turned the downtown around.” It is now walkable, connected to popular neighborhoods, and easily accessible by both public transportation and major roadways. “Space in downtown is at a premium and not typically available for long,” Ms. McCaskill adds. “We’re very proud of the activities of Belleville Main Street in promoting and bringing business and patrons to downtown. Their success has encouraged business owners in the downtown area to organize themselves in a similar fashion.”

One block from the City’s Public Square, new improvements are underway to improve aesthetics and walkability. The North Illinois Streetscape project will put in new sidewalks, curbs, overlay, and decorative lighting, extending the downtown makeover for an additional six blocks.

Belleville’s low cost of living continues to draw new residents. Information provided by the City indicates that, according to a data review of several comparable communities in 2013, Belleville was the second-most affordable in the Metropolitan St. Louis Area. Newcomers are almost sure to find whatever type of housing they desire. “The City of Belleville is proud to provide diversity in our housing sizes, prices and designs. We have found that such diversity allows us to attract the full ‘Life-Cycle’ of Housing. From college students, to young professionals and families to empty nesters to seniors, we have successfully created and continue to seek housing opportunities that cover every stage and need of life.”

Belleville has 59 active neighborhood associations – 45 of which have been formed in the past three years. These neighborhoods offer a range of different advantages, from community events and golf course access to historical homes and craftsman bungalows. “We have a lot of unique neighborhoods,” Mayor Eckert remarks. The city is focusing on community development in addition to construction projects, and Belleville’s tightknit neighborhoods demonstrate that effort.

A strong school system is another Belleville plus. “Belleville Public School District #118, the largest of the elementary districts, has been identified by the State Board of Education as a model instructional program,” Ms. Strausbaugh shares. “The combination of a conscientious Board of Education, dedicated professional staff, and one of the most committed Parent/Teacher organizations in the State of Illinois has contributed to the district attaining the reputation of being one of the most effective and efficient school districts in the state.” In addition to the public schools, Belleville also has five Catholic elementary schools and one Catholic High School, a Lutheran elementary school, and Governor French Academy, a K-12 coeducational college-preparatory school.

Higher learning is within easy reach; Belleville is within commuting distance to eleven major colleges and universities within the St. Louis metro area. Located in the heart of Belleville, Lindenwood University-Belleville boasts 2,300 students, 37 undergraduate and graduate degrees, a top-notch athletic program and an enrollment that continues to grow. Southwestern Illinois College, the state’s largest community college south of Chicago, is also located in Belleville.

Public safety is a top concern in Belleville. The City’s Police Department will soon be relocating to a newer, more accessible location where it can better serve the community. Belleville’s Fire Department was recently ranked in the top two percent of departments nationwide with a Class 2 ISO rating, a rating shared with only 916 other fire departments.

Scott Air Force Base continues to shape Belleville’s business climate and local culture. “The positive influence the Base has on all of the surrounding communities is reflected in our region’s excellent educational institutions, our churches, our health care facilities, public safety systems and transportation networks, our businesses, and our parks and neighborhoods where individuals and families from Scott AFB live, work, play and shop,” Ms. Strausbaugh explains. “Belleville has a long history of supporting Scott Air Force Base and is proud and honored to have the Base located just a few minutes to the east of the City.”

This strong relationship is showcased in the Greater Belleville Chamber of Commerce Belle-Scott Committee, which was established back in 1949. “It is the oldest continuing military / civilian partnership in the nation,” says Ms. Strausbaugh. “Belleville is also a proud participant in the Scott Patriot Program, providing support to our friends at Scott Air Force Base and their families by being military-friendly.” This support was officially recognized when the Southwestern Illinois area won the coveted Abilene Trophy twice in the last three years. “The award recognizes the extensive support demonstrated by Belleville and other surrounding communities this past year for Scott Air Force Base’s military members and their families.”

Belleville continues to move forward, building on its strong relationships and many successes. “We have worked hard and we are becoming recognized for the walkability, the trails, the downtown, the green space,” Mayor Eckert says. “Our vision has been very clear; we are working on both growing the business climate and the quality of life as well. Our efforts are really starting to show some dividends and we are eager to share that with everyone else.” At www.belleville.net, find out more about how this vision is becoming a reality. 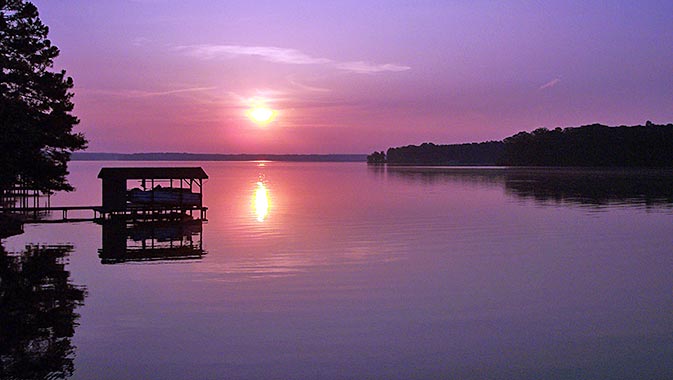