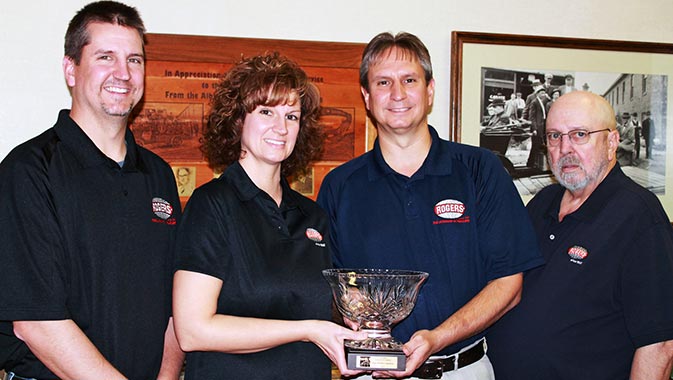 In today’s world of business, longevity is something rare. Founded in Albion, a borough in Erie County, Pennsylvania, Rogers Brothers Corporation has been in the business of manufacturing extremely durable, quality trailers since 1905 and is still going strong.
~
Rogers Brothers Corporation is now into its fourth generation of family ownership, with a fifth-generation entering the business. The company realizes the world has changed a great deal, but its unwavering commitment to quality, customer service and safety remains the same.

President of the business since 2012, Jay Kulyk is proud to follow in the footsteps of his uncle Mark Kulyk, the previous president. Prior to that, Jay’s father Larry and grandfather John ran the company. John had married Betty Rogers, whose father was one of the founders of the company bearing the Rogers name. Jay, who has a bachelor’s degree in economics from Carnegie Mellon, knows the trailer business from the shop floor to the office and everything in-between.

“Most of my trailer knowledge and related knowledge is hands-on through experience and observation,” he says. “I began working here when I was fifteen, and I’ve been here pretty much ever since.” Even while attending school and during every summer holiday, the young Jay Kulyk was at the family business.

Rogers Brothers Corporation continues to do what it does best: build extremely durable, highly-customizable trailers for a range of demanding industry sectors. Selling products across North America and through its distributor in Canada, the company is proud to produce numerous styles of trailers for different purposes.

The company’s trailers include tag-along, fixed or detachable gooseneck trailers, front or rear loading, crane loading and specialty trailers. The company can design, engineer and manufacture trailers and optional equipment and accessories in a range of colors. The smallest trailer it sells is a tag-along style with a 20-ton capacity. Prices vary depending on the size, accessories and other options.

Unlike some trailer manufacturers, Rogers has a great degree of flexibility which allows customers the ability to customize products to meet their particular needs. Everything from something as simple as a few extra feet of length, or as complex configuring the rear of the trailer to allow clients to lower an excavator’s boomstick into the well of the trailer to a greater degree to minimize the height of the vehicle when it is loaded.

Working closely with clients and assessing their specific requirements, Rogers manufactures 150 to 250 trailers per year. In some years, it has made as many as 400, while others have seen the company create 100 trailers, but many of them enormous and able to handle greater capacities.

The company has seen an increase in demand by a number of areas, including mining and specific-use trailers. “They are trailers that are designed to haul permanently one machine, like a transformer,” says Kulyk. Rogers manufactures specific use trailers for construction, mining and commercial applications.

“We also build trailers for the steel industry to haul steel coils. They are not designed to be used as general trailers for hauling equipment or anything else. They are literally optimized for their intended purpose and don’t fall under the same categories as the other two, but we’ve been very successful with customers’ needs.”

Over the past decade, Rogers Brothers built specific-use trailers for General Electric’s Energy Division. “We’re very proud of the trailers we’ve built for GE. We have a very good relationship with them,” comments Kulyk. Many of the units were seventy-ton trailers designed to accommodate a small portable generating power plant. The company’s relationship with the US-based multinational conglomerate has seen Rogers manufacture anywhere from four to 35 specific-use trailers per year.

Today, on average, between sixty and sixty-five percent of the company’s builds are custom trailers. In many instances, buyers request customization prior to completion of a trailer, such as welded on accessories. “If there are changes that need to be made to a trailer we have already started, we can facilitate that, as long as the trailer hasn’t been completed. The sales mix today is a little heavier on the custom-designed for individual customers.”

For customers in the construction sector, the company offers a range of products from 20-ton capacity tag-along drawbar trailers to detachable gooseneck trailers that are able to handle in excess of 100 tons. The trailers are used for a variety of construction purposes, including paving, heavy hauling and more.

“The majority of our business is still what you would consider the construction industry, so those are companies and contractors that haul large pieces of equipment, like excavators and dozers and paving equipment. Those trailers are intended for highway use, and the specifications are dictated by local departments of transportation, depending on where those trailers end up. Everyone’s requirements and rules are slightly different.”

Mining industry customers can choose from an array of extremely heavy-duty trailers with capacities from 75 tons to in excess of 200 tons. Often requiring different specifications than the construction-industry counterparts, mining trailers need to be able to withstand extremely demanding off-road use.

Mining trailers tend to be wider, longer and heavier than other trailers as they are used on mine sites and not on highways. “They are designed to carry very large equipment,” says Kulyk. “Most of our mining equipment range from 100 to 120 ton capacity, with very large tires. They are very big units.”

The highly-knowledgeable staff at Rogers Brothers work with customers to assess their requirements ahead of trailer construction, since designs vary considerably. “Specifications depend on the customer and the use for the trailer,” says Kulyk.

In some industries, the term ‘customer satisfaction’ is nothing more than lip service; for family-owned Rogers Brothers Corporation, it is a daily way of life and has remained that way for 110 years. President Jay Kulyk remains enormously proud of the company, its many achievements and its history.

The company got its start building steel structures and bridges. Albion, in the northwest corner of Pennsylvania and roughly equidistant from Pittsburgh, Cleveland and Buffalo, was at the company’s beginning an established railroad depot. In its early days, Rogers Brothers often hired off-shift railroad employees looking for extra work.

“We were one of the first companies in Pennsylvania, if not the first company, to pre-fabricate the steel sections of a bridge to be assembled somewhere else,” says Kulyk. “Prior to that, it was common practice for companies to literally set-up shop onsite with fabricating equipment and whatever else was necessary to build a bridge onsite. We were early into the business of offsite fabrication, so we were building our own trailers, and, at some point, somebody saw one of our trailers and asked us to build one for them. And the commercial trailer part of our business took off. It was around 1914 that we started selling and marketing trailers commercially.”

Extremely active on the home front for both World Wars, the company had, at one point during World War II, four hundred employees building mostly tank retrievers for the war effort.

Rogers Brothers Corporation has weathered the Great Depression and many recessions over the decades. Part of the reason for its ongoing success is knowing how to position itself in bad times, rather than just take advantage of favorable economic times. Rogers Brothers continues to be strong because it has not overextended itself and has learned to react quickly to changing economic conditions. “As a family-owned business, it really is about the longevity of the company. We are never putting ourselves in a position where we cannot weather the storm, so to speak.”

Rogers Brothers continues to build on its long-standing reputation for quality and durability. “We are among the price leaders in our industry, and really don’t make a whole lot of bones about it,” says Kulyk. “We’re not the most expensive, but we’re far from the least expensive, and we feel very strongly that we provide value for our customers.”

Rogers has been in the business longer than anyone else in the market and plans to be around in the very long term. The company’s current fourth generation includes Jay, his sister and brother and is welcoming the next generation, namely Jay’s son and nephew.

“So now we have two, fifth-generation at the moment and the anticipation is that through them, or through others, we will keep growing and continue with the same traditions and values that have made the company what it is today. It is in the thoughts of every effort that we make, every decision that would make, ‘How does this choice impact our reputation? How does it impact the product we supply to the market – to our customers?’ And so, those are critical parts of every decision we make.”

“We’re not going to be everything to everybody, but if it’s a quality product, a quality trailer, the longevity, the resale value is exceptional to our product, and those of the kind of things we bring to our customers, and we are very proud of it.” 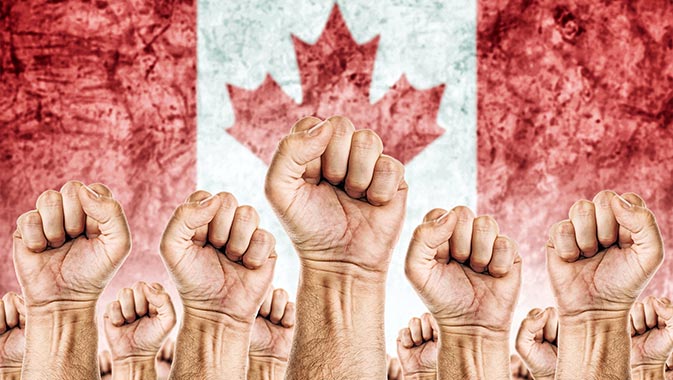