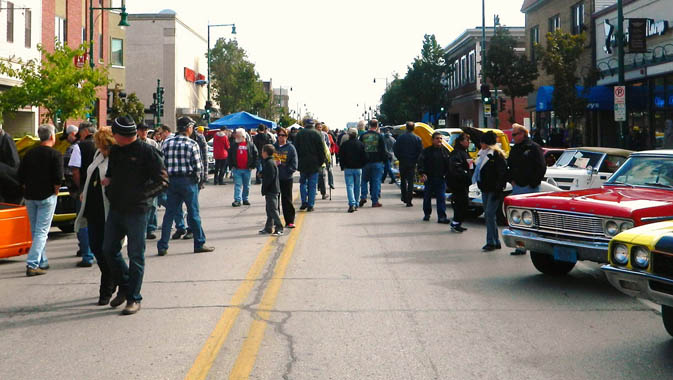 Located in the heart of the Milwaukee metropolitan area, the city of West Allis, Wisconsin is a first-rate industrial suburb, with a lot of offer and a rich industrial history. With a number of family friendly neighborhoods, a thriving business community and a naturally beneficial location from which to grow, West Allis has a lot to offer those who choose to live, work, invest and visit.
~
The city was named after Allis-Chalmers, a company started by Edward P. Allis, a manufacturer of industrial heavy machinery for various industries. In the early 1900s, Allis-Chalmers expanded and built a new manufacturing plant just west of its existing Milwaukee plant. At that time, the area became known as the Village of West Allis and was finally incorporated as a city in 1906.

In 1985, the agriculture division of the company was sold though it continued to produce tractors until the end of the year. The company found itself continuing to sell off branches to try to stay in business. In 1989, Allis-Chalmers ceased operations at the West Allis works, affecting all but 100 of the 20,000 employees of the company. The last of those employees was laid off in 1999, marking a turning point for the community of West Allis.

When Allis-Chalmers left, Siemens purchased a division of the company that operated in West Allis until the late 1990s. When Siemens left, the city of West Allis, with the help of the State of Wisconsin Department of Commerce, created a new company called ReGENco, which was purchased by Toshiba in 2007.

The focus of West Allis leadership and major stakeholders shifted during this time, initiating the diversification of the local economy. In what was once an economy heavily reliant on manufacturing, West Allis now enjoys the benefits of a diverse economy and the resulting vibrant community.

As a result of its ability to work in partnership, West Allis has established a reputation for its success with redevelopment projects. With the help of the Wisconsin Department of Natural Resources, West Allis obtained grants to address some of its brownfield sites. The Allis-Chalmers Corporation complex was redeveloped into 650,000 square feet of collaborative and contemporary office spaces.

And the Allis-Chalmers manufacturing complex is once again home to over 3,000 workers. An economy that once relied on one industry and one company for its well-being has now been replaced by more than one hundred companies, each of which has contributed to the rebuilding and rebranding of West Allis.

The rebranding of the Allis-Chalmers complex is just one example of the community’s successes in redevelopment. The city of West Allis has addressed brownfield sites to initiate new development, and the industrial grounds that gave it prosperity in the past are creating a new era of prosperity for its future. At the local level, alternative financing options are available, as well as support mechanisms for local and regional economic growth.

As John Stibal, director of development for West Allis describes, “We used to be the undiscovered territory of the Metro Milwaukee area, and now I think the revitalization is catching on. It’s becoming a fine place to live, work and play.”

Home to the Wisconsin State Fair and a historic farmers’ market, West Allis is a vibrant community with a strong economic foundation. Since it is at the center of it all, in the Milwaukee metropolitan area, West Allis is well-equipped and well-positioned to sustain economic growth moving forward.

The Department of Development works to attract investment and employment opportunities which provide an expanded tax base. Considered a leader in development in the Metro Milwaukee area, it ensures that West Allis’ natural assets are enhanced and neighborhoods are re-energized, inviting new development and stimulating growth.

The community’s entrepreneurial spirit, paired with a strong work ethic, prove that industrial and economic growth can be both sustained and grown in West Allis. The city has extensive interstate, rail, marine and air transportation capabilities making it effective for employees, deliveries, customers and visitors to reach local and international markets,

West Allis makes for an ideal location for any business. Not only does West Allis serve as a vital component of the regional economy, its location in southeastern Wisconsin provides excellent access to suppliers, markets and skilled labor.

West Allis has local and regional availability of highly-skilled and affordable labor. It works with area high schools and the regional campuses of the Milwaukee Area Technical College (MATC), Sanford-Brown, Marian University, Viterbo University and Lakeland College to develop the local workforce to meet the evolving needs of area businesses.

West Allis is a progressive community on a forward trajectory. Many companies have experienced success in locating to West Allis including Milwaukee Machines, Quad/Graphics Inc., Anthem BlueCross BlueShield and Chr. Hansen – a Danish company that “develops natural ingredient solutions for the food, pharmaceutical, nutritional and agricultural industries”.

One of the newer companies in West Allis is Johnson Controls, located in a 140,000 square foot repurposed manufacturing facility in the former Allis-Chalmers Corp. complex. Johnson Controls brought eight hundred high-tech jobs to West Allis, a significant contribution to a population of just over 60,000.

The West Allis Memorial Hospital serves as a regional center and employs over 1,600 people to deliver quality health care to the community.

One of West Allis’ largest employers, Brookfield Senior Living, a company that services seniors nationwide in the United States, announced an expansion last year that resulted in the addition of two hundred jobs. Healthcare and senior care services, such as retirement residences, constitute a vital part of the West Allis economy, making the community a great place for retirees to call home.

As Mayor Dan Devine likes to say, West Allis is “at the 50-yard line of the Metro Milwaukee area.” A community that offers many services and amenities, West Allis is working together as a community to support economic success and an exceptional quality of life.

West Allis has received a number of awards and recognitions over the years, with seven Significant Program Awards from Cities and Villages Insurance Company since 1999. It was named runner-up by Business Week Magazine in 2010 as Best Places to Raise your Kids, and Milwaukee-West Allis-Waukesha was recognized as the second-safest metro region by Forbes Magazine in October, 2009.

Development has occurred in the city, transforming neighborhoods and building a community with a vibrant spirit and family-friendly feel to mirror the economic success being experienced.

A great deal of effort has gone into addressing older industrial areas and blighted neighborhoods such as the east side industrial corridor. Revitalizing its downtown core has brought new services and spaces to the West Allis community which has been redeveloping aggressively over the past twenty-plus years.

Within the twenty-six neighborhoods that collectively form West Allis, are distinct flavors and a variety of housing options for all ages and all income levels. Additionally, there are some modern condominium and apartment complexes that have been built, to take advantage of available property in the community.

Significant work has gone into building a sense of community, engaging citizens and improving overall community culture in these neighborhoods. Community groups have been formed to bring people together in a variety of ways from chili cook-offs and neighborhood cleanups to pig roasts and other events that celebrate community.

West Allis still has room to grow, with remaining parcels of land available for development. “I think the thing that often sets West Allis aside from other suburbs, is that we haven’t been afraid to recognize the end of useful life and tear down some old things to modernize them and make them more desirable to the modern market,” said Mayor Devine.

West Allis is safe, affordable and fun and community leaders are working hard to reinforce these strengths. “The overall goal is to keep the quality and character of our community for the people that live here. We also want to make it an exciting place for people to call home, and we do that in a variety of ways, and one of them is redevelopment, promoting economic development and tourism,” concluded Stibal. 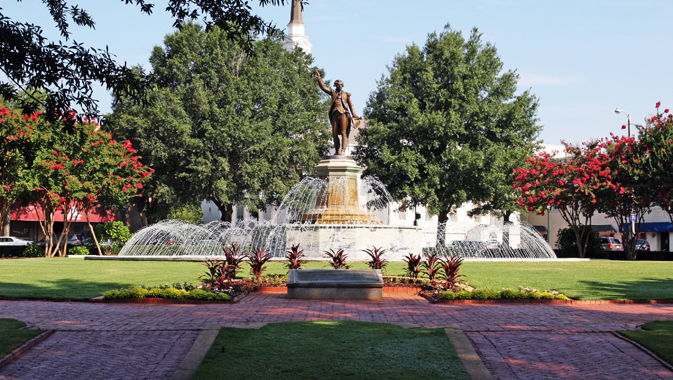 A Prime Location, Ready for Business