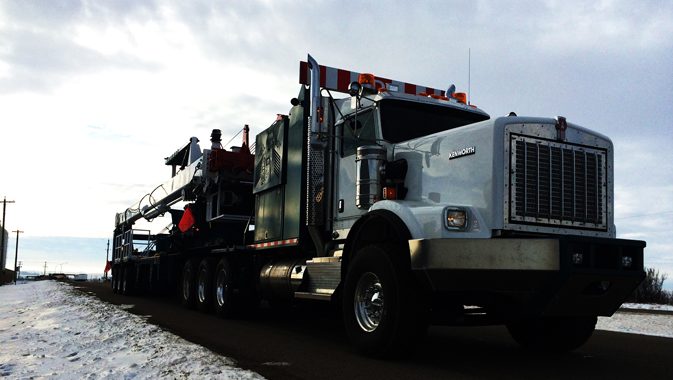 Powerstroke Well Control was incorporated in 2004, aiming to fill a void in the oil and gas industry’s rapidly expanding Underbalanced Workover and Completion market in Northern Alberta and B.C.
~
In this niche market, Powerstroke excels at what it does. Apart from the highly skilled workers it employs, Powerstroke is known for producing some of the best equipment for the job. The company recently completed a new snubbing unit and is looking to diversify into other markets, so we spoke with owner Tim Dewald to learn more about the firm’s place in the industry.

Tim Dewald and Ron Walker formed a partnership in 2004 to launch Powerstroke Well Control in Grande Prairie, Alberta. The two identified a need for certain types of speciality equipment due to a boom and a lack of service in the area. A lack of equipment coincided with a time when oil and gas drilling was at a peak.

Powerstroke Well Control mainly deals in pressure control with snubbing operations and high pressure fluid pumping. It is known for its efficient equipment deisgn which cuts down substantially on rig-up times. Much of the company’s work entails installing a pipe in a natural gas or oil well bore while it is under pressure.

“In layman’s terms, we put straws into pop bottles. If you were to take a pop bottle, put your thumb over the top and shake it up, it will fizz up and over. To put a straw in there while it is doing that, you would have a hard time stopping the pop from shooting out. What we do, is to put the pipe into the well and control the pressure at the surface. Where your thumb would be, we control that pressure coming out of the pop bottle and insert the straw.”

In typical drilling and completions operations, fluid would be pumped down a well bore. This fluid gives a higher hydrostatic pressure than that of the formation. The fluid going into the well bore would kill the well and hold all of the hydrocarbons in the producing formation. Snubbing, however, is a heavy well intervention that can be undertaken when the well has not been killed (is still under pressure) utilizing hydraulic workover equipment.

The company provides services for completion, workover and abandonment operations. It also offers many types of rental equipment for pressure control. Equipment is rented to major oil companies like Shell Canada and pretty much anybody else in the upstream oil and gas exploration and production side of the industry.

Due to the shift in well drilling processes from vertical to horizontal wells, Powerstroke Well Control wanted to make a unit that was more adapted to work on the horizontal wells in a big multi-pad configuration. “With that, we also wanted to reduce the number of loads required to get equipment from our base out to the various locations; reduce the number of drivers required; reduce emissions; and everything we could on the units.”

In 2010, the company began working with an engineer to create basic concept drawings that helped in figuring some of the things Powerstroke wanted the unit to accomplish. Rough engineering was put in place to see what was feasible. It worked, and Powerstroke Well Control took it to a few different companies in an attempt to generate some interest and gauge whether potential customers could use this type of service. After the initial drawings were completed, however, the recession caused the project to be put on hold.

“We really didn’t move ahead with anything more, due to marketing conditions, until 2014, when we started the construction of that unit. Right now it’s completed.” It has been tested on a few projects and it has worked well. The ‘Power Tower’ is through the commissioning phase and the company is now generating awareness of its capabilities.

The snubbing equipment that the Power Tower uses to put the pipe in and out of the well is the same or quite similar to existing equipment, but the difference lies in how it is transported, set up and implemented on location. Its equipment is more efficient because it takes up a smaller footprint on location. Many new wells are being drilled in a pad format with ten to thirty wells on one pad are all tied to surface facilities for the flow lines – the gathering systems that take the natural gas to market.

“When you have that many wells on location, it is quite congested with a lot of equipment around. There is not a whole lot of room for a big unit. So, one of the main advantages for us is that it has a very small footprint.”

As far as hoisting the subbing unit into place on the well, traditionally a crane would be used. Instead, Powerstroke’s system uses the mast it developed and a heavier load is possible. Because there is no longer a need for a crane, equipment breaks down into fewer individual pieces for transport. In the end, it saves time, transport costs, rig-up costs and involves less overhead lifting, leading to a decrease in risk.

“We put a lot of time and effort into making sure that it’s not just one piece of equipment that works well. All of it has to work with a high level of efficiency, and therefore safety has to be built in. We are reducing the amount of overhead lifts that we have to do and reducing the amount of human interaction needed for setting up elevated work platforms. We designed all of this into our equipment. We have also incorporated the ability to pull double pipe stands out of the wellbore and stand them in a racking board, something that is not able to currently be accomplished with conventional snubbing equipment in Canada at this time.”

It is hard to quantify savings as this is all quite new. The first few wells were in the commissioning phase, and some final adjustments were needed. The expectation is that the company should be able to reduce the costs – compared to current units – by about ten to fifteen percent on standard completion operations, and by as much as 25 to 30 percent on workover operations where multiple pipe trips into and out of the wellbore are required.

Powerstroke Well Control, according to Tim, is one of the largest snubbing service providers and the largest to be independently owned and operated. He said that part of its success is due to being in a small market that does not have many players.

“We are definitely not the biggest snubbing company, by any means. There are public companies that do have more equipment and manpower. That said, there are only two public companies at this time that would be larger, so we are technically number three overall. Our position in the market was mainly accomplished through organic growth and acquisition.”

Powerstroke Well Control merged with one company in 2009 and bought out a second at the same time. Tim stresses, however, that its ultimate goal is not to be the biggest. A high level of quality is much more important. And with growth, comes hiring the right people.

Time is needed to learning how to use the equipment. A certain skillset is required; it’s not a matter of hiring just anyone, “because they have a heartbeat and a pair of overalls, to put them to work for the sake of having twenty rigs running at once. At the end of the day, we do not aspire to be the biggest. Quality service is first and foremost a part of who we are.”

It takes a certain skill set to work for Powerstroke Well Control. It looks for ambitious people who want to succeed and advance in a specialized industry. “Our people do have a little bit more of a well-rounded skill set compared to a lot of the general oilfield workers that are out there, and we are very fortunate for the opportunity to draw on their knowledge especially when working through large scale project such as the Power Tower.”

If things continue to grow in the industry, what happens to this niche market? Would others jump in? Tim does not see this happening to any significant extent. It is work that can have a high potential for risk and without sufficient experience, most will shy away from it.

“We were quite fortunate in entering the industry when we did. We got in at a boom time, were able to weather one downturn and, in fact, capitalize on it in 2009. Then followed the mergers and acquisitions, but we are done with that for now.”

Powerstroke Well Control is always looking for ways to find new solutions for its clients. Along with the constant efforts to provide a stellar level of service, the company believes in equipment innovation to lead in its field. It is looking to increase its market share by bringing in new products like the Power Tower.

The oil and gas industry always suffers from fluctuating commodity prices. That does not stop Powerstroke Well Control from going that extra mile for its clients. It’s about looking for total solutions that make operations more efficient and save money for the client. 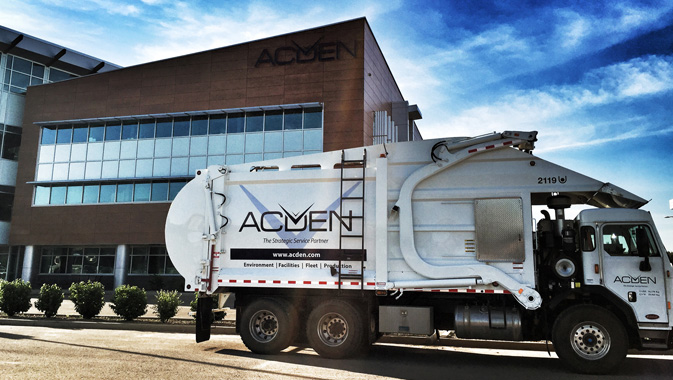