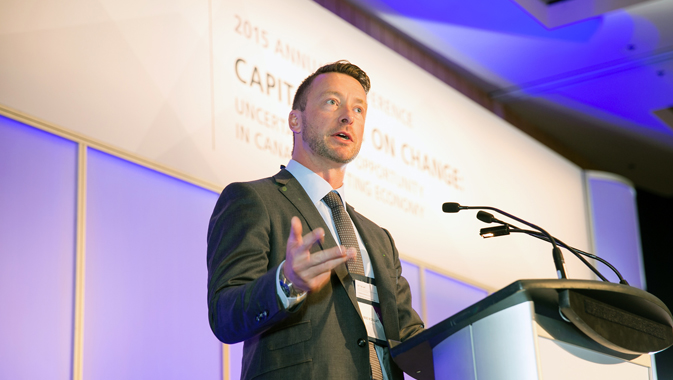 Private capital is taking off throughout Canada. “Both private equity and venture in Canada are exploding,” says CVCA CEO Mike Woollatt. Indeed, forty one billion dollars in private equity poured into Canadian companies last year, setting a new record for the nation. At $1.9 billion, venture capital investment was also up dramatically in 2014 – and continues to rise.
~
A booming industry needs an association dedicated to promoting and protecting its interests. That is where the Canadian Venture Capital & Private Equity Association (CVCA) steps in. As the voice of the industry, the team is focused on improving the private capital ecosystem by broadening industry awareness, providing market research, and coordinating networking and professional development opportunities, as well as advocating on behalf of the industry to drive sound public policy that will encourage a favorable investment environment.

After logging forty years as industry advocates, the CVCA recently restructured the association in order to better meet the evolving needs of a rapidly growing industry. “We completely revamped our association to reflect the maturing of the industry,” Mr. Woollatt explains. “It was largely a volunteer led place and it has been perfect timing to do that turnover at this time because the industry is really booming. The industry had really matured and we needed to mature with it; we needed to change this association to be staff-led.” Over the last year, the CVCA has shifted from a volunteer-led networking community to an invaluable industry resource with ten dedicated employees.

A recent spike in membership demonstrates the CVCA’s expanded reach. “Membership is up 30%,” Mr. Woollatt reports. “It is a reflection of the growth in the industry, but also the growth in our association and our offerings. We are relevant to people in the industry.” These members represent the vast majority of industry participants, both public and private firms as well as professional advisors.

CVCA collaborates with members in order to increase the flow of capital into the industry and expand the range of profitable investment opportunities. To do so, the association takes on several key initiatives. One of the most obvious is simply getting the word out about the industry’s incredible successes in Canada. “We’ve got all these successes going on, but no one knows about them. Globe and Mail, National Post, Wall Street Journal – their attention on Canada is all around our big banks, and oil and gas, and big public pension plans, but nobody is paying attention to this private capital market.” Publicizing these successes not only attracts more investment but also helps attract the attention of government. “There are a lot of whiz bang jobs that are being created in Canada because of this, and we need regulators to know that so they can keep that environment churning along.”

The CVCA has managed to become the data source on both venture capital and private equity in Canada. Before the CVCA took up the reins, there was very little data on what was actually going on within the industry. “It is private – capital ‘P’ on the private,” Mr. Woollatt remarks. “It is a very insular market.” While individual funds might benefit from flying under the radar, the lack of information damages the industry as a whole. International investors are wary of diving into an industry lacking solid data, preferring to invest in a market where the statistics are straightforward and the risk clear. In addition, advocacy efforts are hampered when government does not have access to accurate data during the decision making process.

Now, thanks to the CVCA, industry and government know what is going on inside the world of private capital. “We are the data source for every transaction that goes on in Canada, regardless of where it originates,” Mr. Woollatt reports. “If a private capital deal goes on in Canada, we have it in our database. We are now the research arm of the industry.” And, this wealth of information is available to every member free of charge.

In addition to offering industry statistics and research reports, the CVCA shares important industry information through the quarterly magazine Private Capital. As the official voice of the association, Private Capital is read by over 1,500 professionals throughout the country. Recent issues have covered everything from legal and tax questions, investment banking, and quarterly statistics to member news and CVCA awards.

The CVCA has maintained a strong focus on networking in order to facilitate an exchange of ideas and information about the private capital industry. “First and foremost we are the networking place for the industry,” Mr. Woollatt remarks. “People become members to stay in touch with their industry and stay in touch with people. Networking really matters in private capital because you rarely do a deal by yourself.” The association organizes at least 50 networking events each year to bring together industry insiders from around Canada, ranging from smaller scale lunches, receptions, and educational opportunities to major conferences. “It [networking event planning] is our bread and butter. It is what our association does really well.”

Networking and educational events are quite varied, so nearly every member will be able to find an event that is geared toward them. For instance, in June, the CVCA hosted Cocktails & Conversation for Canadian Women in Private Equity (CWPE), giving attendees the chance to chat with female industry leaders and learn about the latest trends. This month, CVCA members have the chance to attend an afternoon of networking and entertainment at the Calgary Stampede Rodeo, where they can watch the rodeo finals after enjoying a lunch buffet and wine tasting. Next month, golf enthusiasts will have the opportunity to take part in the CVCA Annual charity golf tournament.

The capstone of the association’s events each year is the CVCA Annual Conference, the largest gathering of venture capital and private equity professionals in Canada. This year’s conference, which took place in May, brought together the leading voices in private capital for three days of panel discussions, keynote presentations, and networking opportunities under the theme Capitalizing on Change: Uncertainty & Opportunity in Canada’s Shifting Economy.

Promoting public policy that will benefit the industry is another key focus for the CVCA. “We just had a really great win on the advocacy side for our members,” Mr. Woollatt shares. Canadian charities and endowments could not be involved in venture capital without losing their charity status. Now, in part thanks to the association’s efforts, the tax code has been adjusted and charities and endowments have the option to participate in lucrative investment opportunities. “That was a big push of ours.”

The CVCA is doing its part for the private capital industry. “We are a one-stop shop,” Mr. Woollatt points out. “You become a member and you get access to all the data in the industry, you get access to all these networking events that allow you to do your job well and stay in touch with the industry, and you get to be part of the voice that advocates on behalf of the industry.” Above all, the CVCA wants to be sure that investors, policy makers, and the public understand just how much ground the private capital industry is gaining in Canada. “Our biggest goal is transparency in the industry. We want people to know what our industry does. We want people to know our successes. We are driving innovation in Canada and we need more people to know that.” 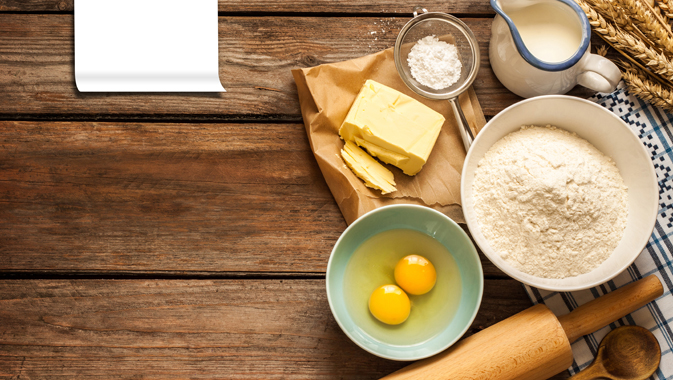 A Modern Take on an Old World Favorite