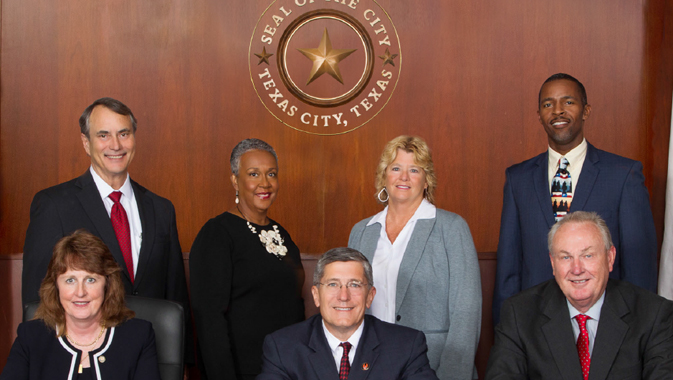 Located on the shores of Galveston Bay about 35 miles from Houston, the City of Texas City has long been known as an industrial powerhouse. Thanks to growth in Greater Houston and the Galveston Bay Area, Texas City is presently undergoing a renaissance and is poised to attract even more businesses and residents to the area.
~
Executive Director of Management Services Nick Finan and Administrative Coordinator James Hartshorn spoke to Business in Focus about the development and growth in Texas City.

“Texas City is pro-business,” Hartshorn says, “we will make time for you no matter what size your business is. We’re an easy place to do business.”

“We have good paying jobs here – petrochemical jobs pay individuals in the $70-90,000 range for operators in larger plants,” agrees Finan. “We have a great year-round climate and our atmosphere is business-friendly. With our Mayor [Matthew Doyle], when we strike a deal, it is struck with no problems. We can strike a deal quickly.” Indeed, Texas City’s rich combination of opportunity and livability is proving a strong draw for businesses and residents alike.

Incorporated in 1911, Texas City was originally founded in 1893 by the Texas City Improvement Company (TCIC) who plotted the land and laid out the grid that would eventually comprise the city streets. In 1900, the Texas City channel was dredged to a depth of 25 feet to become a port for the city. In spite of the devastating Galveston Hurricane that hit later that year, the Texas City port remained open after the storm passed and the first oceangoing ship arrived before dredging was complete; the SS Piqua arrived at the port from Mexico in September 1904.

The dredging of the channel was complete by March 1905 and today, the port has grown to become the eighth largest in the United States and the third largest in Texas.

Like many areas of the state, Texas City is known for having a strong presence in the oil and gas sector. The Texas City Industrial Complex is a leading center of the petrochemical industry, within which the Texas City Refinery, operated by Marathon, employs about 3,000 staff members and as many as 4,000 outside contractors. The Valero refinery also has a strong presence at the complex, while Eastman Chemical recently began operations there. Texas City is also headquarters to Del Papa Distributing, one of the largest Anheuser-Busch distribution centers in the state, serving the Texas Gulf Coast from Beaumont to Corpus Christi.

“The Industrial Complex has been the foundation for Texas City since its early years,” Finan shares. “The city has worked closely with the Complex over the years to ensure they follow federal regulations, but they work well because they understand that employees must be safe. For example, Dow Chemical was a major company with operations here and they are working hard to revamp operations and find partners to work with them. There are lots of opportunities for new companies to come in.”

Thanks to the exponential growth in the Greater Houston area over the past decade, Texas City is beginning to benefit from residents moving to the area. While much of the older core of the city is located along Galveston Bay, the city has plenty of land along Interstate 45, which gives it access to Houston and nearby Galveston, 13 miles to the southeast. As Finan explains, “We are growing more, especially along interstate 45 and we are attracting a lot more professionals and looking to get more corporate headquarters, more professionals, and engineers who do contract work in area.” The city is working to attract professional office buildings and medical facilities along the I-45 corridor. “We see this as a new opportunity for Texas City.”

“We are definitely aiming for growth on the west side of the city along I-45,” Hartshorn agrees. “We are also revitalizing our downtown area and providing incentive packages to make our 6th Street an entertainment destination for our region. There are many great opportunities to eat and shop in the area.”

Indeed, the City has rezoned 6th Street as a Revitalization District, with the goal of developing the historic street into an entertainment destination for the entire region. With thriving shops and businesses, new streets and sidewalks, vintage-inspired light posts, esplanades, trees, unique signage and awnings, the area is rich in historic charm, and serves as a draw for both residents and visitors.

One notable new development is the Lago Mar area along Interstate 45. The first phase was recently developed, with 500 homes under construction and plans to build a 230-unit Class A apartment complex.

“Overall, Lago Mar consists of 3300 acres; that is the largest undeveloped holding along I-45 between Dallas and Galveston,” Finan explains. “To pull that acreage is difficult to do.”

Upon completion, one-third of Lago Mar will be developed for commercial purposes while the rest of the community will feature 7,000 residential units. “We’re really excited about Lago Mar coming to fruition.”

Texas City has also been earning recognition for its waterfront location and recreational opportunities, areas where the City really shines. Hartshorn, who moved to the area after growing up in the suburbs of Northwest Houston explains that, “I’m relatively new to Texas City, and all I heard was that Texas City is an old industrial town before I moved here. Now that I live here, I realize how much green space the city has and I appreciate the people and the small town feel. Things like that drive me to change the outside perception so people know what it’s really like in Texas City.”

“What people don’t know about Texas City is that we’re a waterfront community,” says Finan. One-third of our boundary is Galveston Bay. We also have Moses Lake, plus lots of waterfront homes in the city.”

The city is known for the Texas City Dike, a levee that projects five miles into the mouth of Galveston Bay. Originally designed to reduce the impact of sediment accumulation along the lower Galveston Bay, and to protect the city from storm surges during hurricanes, the dike also features recreational facilities such as fishing piers, boat ramps, picnic areas and beaches. The City also has five boat ramps along the bay and one of the busiest boat ramps in the state of Texas, with close proximity to the Gulf of Mexico. Additional plans to add more recreational facilities are in the works, including the development of a 550-acre conservation park and a bird and wildlife refuge.

To this end, the City was recently awarded a grant from the Houston-Galveston Area Council’s Livable Centers Study, funds which the City plans to use to investigate five square miles on the east side of the city. The study will look at the feasibility of pedestrian accessibility / walkability, connections to amenities like the dike, increasing the quality and range of housing choices in the older part of Texas City, revitalization of the old downtown area that has recently received a makeover, and other economic factors.

“We are headed down the path of revitalization already, but this study will give us a more concrete plan moving forward, resulting in more opportunities for public and private investment,” says Hartshorn.

Long known for its industrial heritage, Texas City today is looking to its many strengths, and plans to expand and diversify what it has to offer. Thanks to its business-friendly environment, a strategic location along a busy interstate corridor, and a renewed emphasis on recreation, the city is poised for growth.

“We have a very proactive and visionary Mayor who wants Texas City to become an attractive center of Galveston County and the Gulf coast,” Finan says. “You can move here, make a good wage and earn a good living. When businesses are successful, we’re successful.” 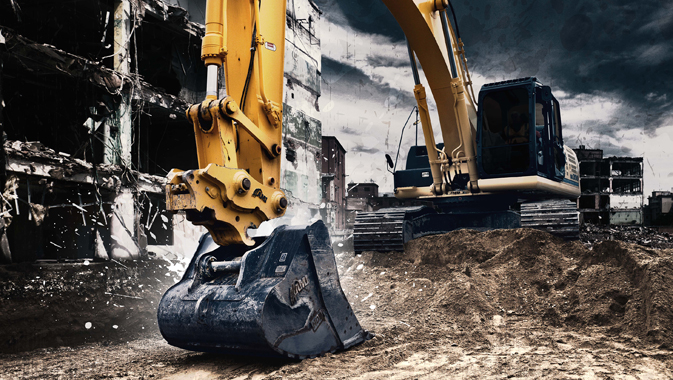