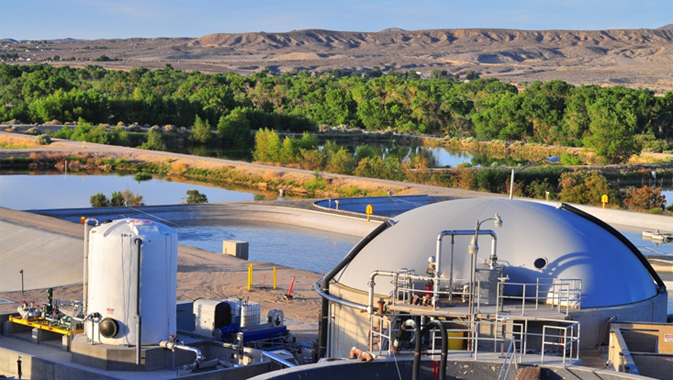 Water is our most precious resource, and as the population grows, more of it is being used and wasted. Wastewater needs to be transformed back into clean water before our need for water makes our need for oil seem like an issue of minor significance. The same applies to the millions of tons of solid waste that we generate every day.
~
Essential components for sustaining life on the planet will become more expensive and constrained in their availability unless action is taken today to recover and reuse them. Treating waste as a resource allows us to foster sustainability through greenhouse gas reduction, nutrient recovery and renewable energy generation.

“It is our mission to integrate global best practices and proven technologies into the design, construction and operation of resource recovery facilities to ensure economic, environmental and social benefits to the community,” says Andrew Benedek – Chairman, Anaergia.

Dr. Andrew Benedek is the chairman and CEO of Anaergia and one of the leaders in the world when it comes to wastewater and solid waste management. Dr. Benedek is a man of vision whose goal is to recover value from waste streams while creating clean water, clean energy and fertilizer.

Between 1980 and 2006, Dr. Benedek was the chairman and CEO of Zenon Environmental, which was bought out by GE in 2006. The Canadian company had become the world’s leading water technology company with a particular focus on membrane technology. After the buyout by GE, Dr. Benedek took a professorship as a research associate at the University of California at San Diego.

“After two years, I was awarded the Lee Kwan Yew prize for contributing to water technology. At this point, I was rethinking the water/waste water industry,” he explains. “I realized that we now know what to do with water and how to reuse it.”

His goal was to expand innovation into residuals – the waste that is produced by wastewater treatment and typically goes into landfills. He went further to recognize that it is not just the waste out of a wastewater plant, but waste, in general, that needs to be dealt with using a smart technological solution.

“In other words, if we could recycle and reuse whatever value there is in waste, as opposed to putting it in a landfill, on a global scale, think of the possibilities! I decided to create a company with these goals in mind. Ultimately, that became Anaergia.”

The reality, however, is that it takes a lot of money to deal with this issue. It has to be done within the context of what people are paying for water treatment and solid waste management.

Dr. Benedek had a background in technology as a former professor of chemical engineering at McMaster University and so had the resources and experience not available to every entrepreneur.

“The challenge was that you cannot take heterogeneous waste and have this magic machine that instantly transforms it,” he says. “If you do, it is going to be very expensive with emissions that are difficult to control.”

Dr. Benedek wants to recover value and not destroy or bury waste, and to do that takes more than one technology; it takes a set of technologies. In order to accomplish that, Anaergia had to either acquire companies with the relevant technologies or it had to create them on its own.

Dr. Benedek knew that anaerobic digestion would have to be a key part of the solution to efficiently recover value from organic waste streams. Anaerobic Digestion (AD), the process by which organic materials break down and form energy-rich methane, is a cornerstone process in many wastewater treatment plants around the world. This led to one of Anaergia’s first acquisitions, a German company called UTS, a global leader in innovative AD technologies. A Canadian research group was created to go along with two more European acquisitions that brought in additional technologies. Between acquisitions and the North American arm of operations, the company positioned itself to provide resource recovery solutions that were not previously available in the global market.

“After doing this for about eight years, we do believe now that we have a set of solutions that are able to take almost any sort of waste – particularly organic – and generate sufficient return which would compete with landfilling.” The value of recovered material would pay for the technology and avoid the costs associated with putting waste in a landfill.

Anaergia’s organics extraction and cleaning technologies can be incorporated into existing solid waste handling facilities or landfills to extract organic material from solid waste and process it into feedstock for production of renewable energy. The separated wet organic fraction is then sent to Anaergia’s specialized digestion systems (either at existing wastewater treatment facilities or at dedicated renewable energy production sites) to create renewable energy in the form of electricity, pipeline quality gas, or renewable liquid transportation fuels. Anaerobic Digestion produces solid residuals which can be further processed to create additional energy and fertilizers.

Recovering value from waste streams (wastewater and solid waste) is the goal of Anaergia. In the case of municipal wastewater, Dr. Benedek’s former company invented a way of making cost effective membranes that treat wastewater, converting it to clean water suitable for drinking by removing bacteria and viruses along with any solids. This was a major step forward because filters, prior to this, did not have these capabilities. In the case of solid waste, Anaergia’s technologies recover the organic portion of waste (largely food waste), which not only significantly reduces the amount of waste going to landfills, but also produces feedstock for renewable energy production via anaerobic digestion.

“What we do is what other companies don’t do. Organics going into landfills create quite a problem. They turn into methane, which is very hard to control and eventually it turns into greenhouse gases. There are facilities that capture some of this, but you can only capture a fraction of the greenhouse gases once they are produced in a landfill, so we don’t want to put stuff in landfills if we don’t have to.”

Currently, Anaergia’s main clients are in the agricultural and food industries along with municipalities that encompass both sewage plants and waste handling plants. The company started by processing waste from the agriculture and food sector – a chicken or turkey slaughterhouse, for example. Then came its work in sewage plants.

Anaergia is currently developing a number of innovative resource recovery projects globally, with some notable projects in the United States. In Chicago, Anaergia is taking one of its existing digesters and building a system to extract food waste from the regional garbage and take it to the digester to make gas and energy. On the island of Maui, Anaergia is contracted to take all the waste from a landfill and recover anything of value, convert what it can to energy and produce fertilizer.

“We will be doing better than 85 percent conversion. The only thing that will go to landfill will be essentially dry inorganic materials such as soil and concrete. The latter could also be recovered, but may not be cost effective to do so at the present time.”

Because most of the company focus is on recovering organics, the mining industry has not, up to now, been a significant market. However, it does have wastewater laden with organics due to the extraction process, so there is the possibility of expanding. Under its energy umbrella, the company has a division called Fibracast in Ancaster, Ontario. It makes the next generation of membrane technology which would be excellent for water reuse and could also be applied to the mining sector.

“This is a finished product that is ready for applications. We are just going step by step, systematically to fulfill the vision I outlined. When I started Zenon, I started with a vision to see how we could eliminate water pollution. I knew that if I could find the technology that could recycle wastewater, at lower cost than treating wastewater inadequately, putting it in a lake and letting someone else treat it again, in the end, perhaps we can have a tool for eliminating water pollution. If the wastewater becomes more valuable treated, then why put it into the lake or river?”

Water reuse has become critical for many parts of the world. Dr. Benedek, although his old company is still a leader in this field, has been fortunate to have the money to invest in the latest technologies and is moving forward at a much quicker pace.

“I truly believe that there is a great opportunity for Anaergia because, when you think about it, there is one thing that we have plenty of and that is waste.” Almost everything one buys sooner or later winds up in a landfill. People are taking resources from the earth and either burning or burying them.

“A perfect example of this is phosphate, an irreplaceable component of agricultural fertilizers. If you look at current consumption and available resources for mining, we are looking at less than seventy years of phosphates. If we keep burying it, you won’t be able to grow crops.” He went on to explain that in six months, more than 90 percent of what we buy winds up in a landfill. So, when it comes to phosphate, why not recover it now and increase the ability to grow crops for the foreseeable future?

“I think the world needs a more comprehensive ‘value out of waste’ solution because, right now, it is costing us a great deal to recycle. The amount of waste that the world produces is enormous, and its conversion to value is limited to less than 5 percent globally. I see a great opportunity to grow, but it’s not an easy thing to do. It’s taken a lot of time, money and technology development to get us to this stage, but from this we can build.” 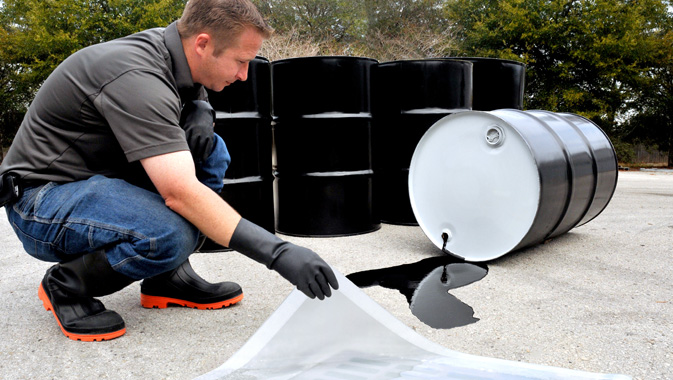