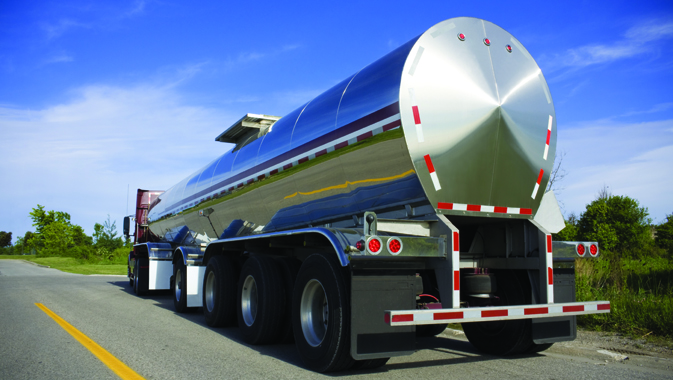 Filling the demand for fracking sand and other essential oilfield products requires trucking companies that have large, well-maintained vehicles, highly-experienced operators, superior customer service and an unparalleled record for safety. These factors, and many others, are reasons why oilfield customers keep coming back to Tutle & Tutle Trucking, Inc.
~
In the oilfield, sand remains an integral part of the fracking process. After shale rock formations are filled with water and chemicals under pressure, sand is used to keep newly-opened cracks open. Frackers were estimated to use 95 billion pounds of sand in 2014, a jump of thirty percent from the year before, according to the Wall Street Journal. Tutle & Tutle Trucking makes sure it gets on site.

“Customers choose us mainly because of our service and price,” says company President Paul Tutle. “The hauling of frac sand to locations is fairly challenging with all the variables that get thrown at us every day, and you have to be very well prepared with a trained dispatch team to be able to handle that type of operation. It’s a 24-hours-a-day, seven-days-a-week operation. Typically, the oilfield never sleeps, and our offices don’t either.”

Now working for well-known customers like American multinational Halliburton and major oilfield services companies Schlumberger and Baker Hughes, the company was formed in 1995 and incorporated in 2002 by Paul and brother Gary Tutle. Paul and Gary grew up in the trucking business. Their father owned Cleburne, Texas-based JBL Trucking Company, which operated some 45 units before being sold to Chemical Express in 1989.

Paul first started out in a different trucking industry, namely groceries. Through this, he learned a great deal about working with people and developed strong management skills before going to work with his dad at JBL Trucking in the early 1980s.

“When your dad owns a trucking company, you learn a lot about the business,” says Paul, who handles the majority of work at the office, dispatch and sales. Brother Gary is an integral part of the mechanical end of the operation and is responsible for much of the maintenance of vehicles and the procurement of trucks and trailers. While Gary and Paul’s father was not directly involved with Tutle & Tutle, his sons cite him as a valuable advisor and a great influence on their business.

Time is money, and this is especially true in America’s oil industry. The company, however, finds the time to remain connected to the communities that support it. Tutle & Tutle is active in charities such as sports teams, the Lions Club and the Children’s Advocacy Center of Johnson County, Texas.

Tutle & Tutle is one of the largest frac sand haulers in the Barnett Shale – a natural gas and oil-rich geological formation in the Bend Arch-Fort Worth Basin. The company is extremely aware of safety and is proactive in all safety areas to protect employees and customers alike.

“We require two years of oilfield service before we even hire a driver,” says Tutle. In the rare cases where an exception is made, new hires are immediately placed on a six-month probation period. Safety is a top priority, and the company is proud of its initiatives.

Its safety director, hired about a year and a half ago, is an expert in the field. He introduced a number of safety initiatives and programs, one of them being the company’s ‘green hat operation’. Under this plan, new drivers wear a green hat for the first six months of their employment. By doing so, they are identified at terminals and other locations as being relatively new to the company. As a result, experienced drivers can quickly identify and work with them to help ensure recent hires are doing everything properly, safely and up to Tutle & Tutle standards.

All drivers are held to the highest standards possible. The company’s human resources department is responsible for looking into driving records and background checks to ensure there are no issues. All driver applicants are required to hold a Class A CDL (Commercial Driver License) and possess a minimum of two years of verifiable driving experience in a tractor trailer.

Only the most dedicated and professional drivers are wanted; Tutle & Tutle will not hire anyone who has had a drug or alcohol charge within the past five years. Other violations including careless or reckless driving, failure to report an accident, speeding twenty-one miles per hour over the limit or the fraudulent use of a driver’s license are deemed unacceptable. Having one of these on record within the past five years makes a driver unable to apply for a position with the company.

“Most applicants typically find us,” comments Tutle. “If they want to get into the frac hauling business, they know us already.” While the company will occasionally advertise locally on the radio, in newspapers or sometimes on billboards for additional drivers in growing areas, the business has not had a problem in finding qualified persons to work for them. “Along with safety, the biggest factor is experience and if they have been in the oilfield service industry before.”

Tutle & Tutle Trucking, Inc. works primarily within six states – Texas, Louisiana, New Mexico, Oklahoma, North Dakota and Colorado. The company has full-service maintenance facilities in a number of locations that work on both company units and owner-operated units. Locations include its main location in Cleburne, Texas, along with repair shops in Kilgore, Pleasanton, Mexia, El Reno, Venus, Morrilton, Hobbs and Nunn and Minot. It also has storage facilities in Kilgore, Morrilton, Cleburne and Hobbs.

Over the years, Tutle & Tutle has received a number of awards for its work, including the 2013 Halliburton Carrier of the Year. Forging a solid relationship with the multinational oilfield services company over the past number of years, the company has become one of its largest carriers for frac sand. The two have worked together to help solve some trucking issues.

“We basically went to Colorado strictly for Halliburton and once we started up there, Halliburton asked that we do the same in North Dakota,” says President Tutle. When Halliburton would have a well temporarily out of service and sand is on trucks, “that’s a real issue for the oilfield service companies.” To solve the problem of trucks being put out of service in the Permian, Tutle built a return storage facility in Hobbs. This was a cheaper solution than to truck it back to its own storage and have to reload it later.

The trucking company has grown considerably over the years. It started with about ninety units and now stands at about 700 – divided between company and owner-operator vehicles. “We have about sixty percent owner/operator on our fleet,” says Tutle of the company, which also has a staff of about 150. As it has expanded, the company has invested considerable funds in equipment and technology, such as state-of-the-art GPS devices on vehicles to improve traceability.

The company grew thirty percent from 2013 to 2014 and would like to see additional growth in the coming years as it proudly continues to serve America’s demanding oilfield industry. 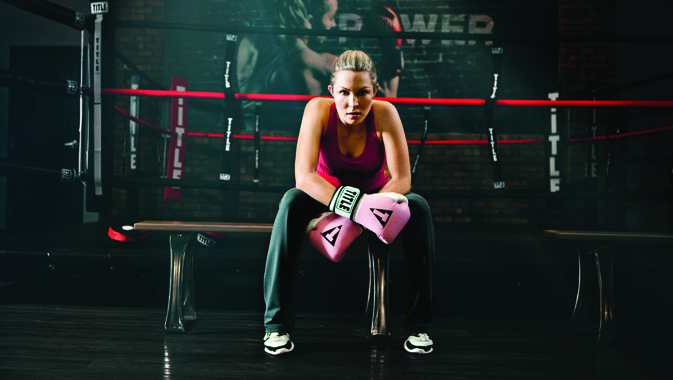