The Lifeblood of any Local Economy 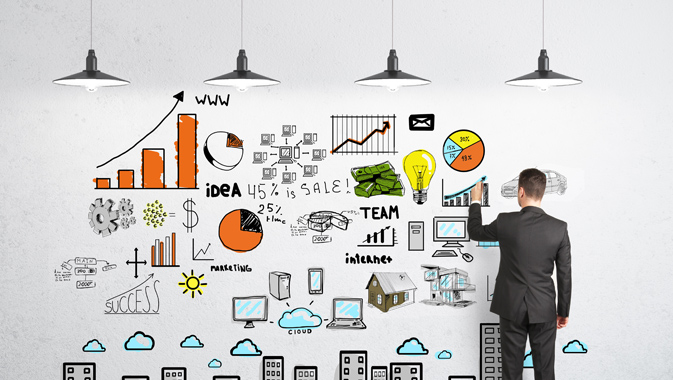 Nothing matters, if SMEs do not. Our love for acronyms has reduced the nucleus of a local economy to the three letter word “SME” – for Small and Medium Enterprise. When discussing local economy, it doesn’t really matter what state, province, city, town, village or even country is cited; the same principles, rules, regulations and statistics apply, and SMEs are in jeopardy.
~
Without a regulatory environment geared to enriching the preliminary experiences of small and medium enterprise, we are (to use the vernacular) “shooting ourselves in the foot.” Too often, unnecessary obstacles are thrown into the paths of those seeking guidance. The next great invention may fail to even be understood, as most financial institutions simply have “a big business mindset.” Traditional lending institutions are conditioned to demand crippling collateral from those short on capital, and entrepreneurial passions and practical experiences are too often ignored.

Indeed, we all get quite excited when a global company announces another 200 employees will be added when the new production line begins on such and such a date. There should be a ticker tape parade with marching bands and baton twirlers to celebrate the good fortunes of the community’s major employer! However, the vagaries of the world marketplace may soon dictate layoffs, or even a complete closure the following year, as the global giants are subject, after all, to the whims of the global market. It is instead the (as yet fictitious) AZ Wiz Biz Inc.’s announcement that its fledgling Wizard-producing plant will root itself in your town that should receive the parade. Fireworks might even be ordered. The small, locally-rooted Wiz Biz will have the potential to make a big splash.

Small is Beautiful
SMEs should be the oxygen inhaled by public authorities, and viewed as being their prime customer when business regulation is concerned. Yet government regulators are often in a different atmosphere. However, when they adopt the mantra “One size does not fit all,” and strive to simplify startup procedures, progress is just around the corner.

Every enterprise begins with an idea spawned by necessity; it is, after, all the “mother of invention.” The more intense the notion, the more frenetic the motion toward accomplishment. Many small and medium enterprises have their genesis in a backyard or at a kitchen table, and always in an individual’s imagination. And capitalism, at its best, should be geared to nurturing enterprise.

All of us have 24 hours in each day. Some time must be devoted to sleeping; some must be given over to recreation and physical fitness. Most of the day must be in pursuit of sustenance, of “making a living”. If this adds up to 8 or 10 hours, the individual is limited in what he or she can earn. Entrepreneurs, however, have the potential to access hundreds or thousands of hours each day. They daily engage the skills of others. For anyone with the willingness to risk their life savings and apply their experience, entrepreneurship is collateral in the form of knowledge gained – whether from a formal education and/or the “school of hard knocks.” Therein lies the incentive to bring to fruition a small segment of a bigger dream.

Profit is typically not the entrepreneur’s foremost motivation but ultimately, of course, the enterprise must succeed financially; in the case of SMEs, it sometimes takes a village, and the entire village benefits. Small and Medium Enterprises in developed countries such as the USA, Japan and Germany, in fact, contribute more than 50 percent to their respective Gross Domestic Production. Too many citizens regard government assistance to small and medium businesses as just another tax drain on their collective bank accounts. After all, isn’t it a fact that less than one-half of startup enterprises survive more than five years? “What a waste of my tax dollars,” they’ll say. Yet politicos with backbone and clear, rational, reasoning minds know SMEs account for 60 to 70 percent of all jobs in our free market society. To sustain the future of SMEs, policies must be aimed toward reducing regulatory burdens, overcoming higher interest rates, and credit rationing, to name just few.

To this end, most cities with a population that recognizes its obligations for economic development have a municipal EDC. Economic Development Corporations usually work best at arm’s length and not directly under the thumb(s) of the politicians.

A Pressing Need – OECD
In an address, April 16, 2015 at the IMF/WB and G20 Finance Ministers and Central Bank Governors meeting in Washington, DC, the OECD Sect-Gen. Angel Gurria had strong words describing the “pressing need” to diversify financing of small and medium size businesses in local communities. Two new reports prepared by the OECD reveal disturbing trends, particularly in the United States, Canada, and the United Kingdom. ‘Financing SMEs and Entrepreneurs 2015: An OECD Scoreboard,’ cites significant declines in new lending since 2007 when SMEs represented 31 percent of the traditional funding market. A scant six years later that dipped to 22 percent.

As well, ‘New Approaches to SMEs and Entrepreneurship Financing: Broaden the Range of Instruments,’ stresses that alternative funding options must be developed. Mr. Gurria, in his address, asserted, “the need is pressing and it is crucial. A quantum leap must be taken!” He summarized by exclaiming fundamentals for inclusive growth and jobs. We must reduce our reliability on volatile credit market development and actually promote alternatives. Regulation needs to navigate tradeoffs between stability, investor protection, and innovative channels. It is crucial to foster the development of “riskier” segments, such as equity crowdfunding for startups.

The Birth Rate of SMEs is in Decline
There is now a disturbing shortage of “Investor Ready” projects, in part due to the “literacy of SMEs in preparatory knowledge of proforma statements”. Many SMEs find themselves out of their comfort zone; they’ll argue they’re just too busy trying to make a living. The regulatory paperwork demanded by both public and private sources of funding can be daunting. As such, some jurisdictions in the EU are working to overcome obstacles imposed by bureaucracies.

In 2011, a study initiated by the European Union’s Competitive Council concluded the average startup time for a small business was 6.5 days with average costs of 397 pounds sterling ($726.CDN). The EU Council has adopted a mission to trim this to three days and 100 pounds sterling. The focus is to reduce administrative burdens too often imposed on SMEs. The “only once” principle will be applied. When SMEs submit the required information, it will be on the basis of a ‘one-stop-shop” system.

Perception of “business” generally has not fared well in Canada and the USA over the decades, and small and medium enterprise has received little attention compared to the public debates now being encouraged in Russia, China, South Korea, Japan, Germany and the UK.

Yet some are trying. A Washington DC firm founded in 1989 now has 19 offices worldwide. All are laser aimed at seeking investments in-and-for SMEs. Springhill Equity, in a 2005 case history study of 18 SMEs, revealed that every $1.00 invested in the local economy generated on average, an additional $12.00. This “Multiplier Effect” impacts multiple stakeholders, employees, suppliers to SMEs, producers, and competitors, to a far greater extent than previously indentified. ‘From Poverty to Prosperity’ (see http://springhillequity.com), outlines the impact of investing in SMEs and helps to better quantify and explain how they build the capacity of local suppliers by serving as ‘Aggregators.’

The National Crowdfunding Association of Canada, meanwhile, proclaims SMEs are the Lifeblood of the Canadian Economy.

In a report by Industry Canada, in 2010, SMEs hired 48.3 percent of the entire workforce while 25 percent of the population were themselves “self-employed” entrepreneurs. The year before, small and medium businesses represented 28 percent of the country’s total GDP and $68 Billion in exports (25 percent of Canada’s total export value)!

Thomson Reuters, however, has some gloomy news, suggesting that venture capital had been on the decline during the first decade of the new millennium. In 2000, $5.9 billion had been invested in 1,007 Canadian start ups. A hole has developed in the tank of capital. By 2010 the cashflow was down to a trickle, at $1.1 billion raised by only 357 Canadian firms. That is an alarming and very disturbing trend.

What Comes Next?
Canada in particular needs to initiate a serious review of its Securities Laws to ensure they are current and suitable. Fledgling SMEs must connect with investors through crowdfunding and the online marketplace. In the U.S., legislators have enacted the “Jumpstart Our Business Startups” Act. Its purpose is self-explanatory.

CGA Canada, in an August 2013 background paper, outlined a clear role for policymakers in helping SMEs succeed at home and globally. The main emphasis, it says, must be to improve access by Small and Medium enterprise to financing and skilled labour. To paraphrase a renowned adage from Henry Ford, “if you think you can, you will be right, but if you think you can’t, you’ll also be right!” SMEs must be encouraged, by EDCs and others, to think success.

We must broaden financing for startup companies, reduce burdensome paperwork, and curb the greed for collateral. Instead, accept equity, provide information technologies, and offer access to markets while giving positive re-affirmation and sincere encouragement. Get out to the community’s Chamber of Commerce or Board of Trade functions. Be among the first to show genuine interest in a new endeavour being considered by one of their members.

Give me 100 new small businesses, each employing 20, over one industry employing 2000. If the latter fails, or succumbs to the offshore temptation, the community suffers severely. If one of the small or medium enterprises fails in the first five years, however, another small one will replace it or a competitor will absorb it and grow.

There is a Formula
So just how effective is your company, your government, or your organization’s spending, when it comes to impacting your local economy? The public sector can use “the formula” to provide objective evidence of community benefit, applying the LM3 factor. The private sector can use it to demonstrate the added value of contract work and local multiplier benefit. Most importantly, the formula “enables people to identify where changes need to be made to improve that impact,” according to LM3 Online.

LM3 takes its name from the Keynesian multiplier, which has been used since the early 20th century to measure how income entering an economy then circulates within it. The theory is that a change in income has a multiplied impact on that economy. The New Economics Foundation originally adapted the model for use at the local level. This version measures three “rounds” of spending; hence ‘Local Multiplier 3’ has been improved so it now differentiates between local and non-local impact.

The LM3 tool was first applied on a large scale within the UK where it was shown that every pd.sterling spent with a local supplier brought 1.76 pds sterling(C$3.26) to the local economy, and only 36 pence if spent out of the area. That makes 1 pd.(C$1.85) spent locally worth almost 400 percent more. It is a formula that those who found SMEs intuitively understand, and it is one that works – for communities, for people, and for business. 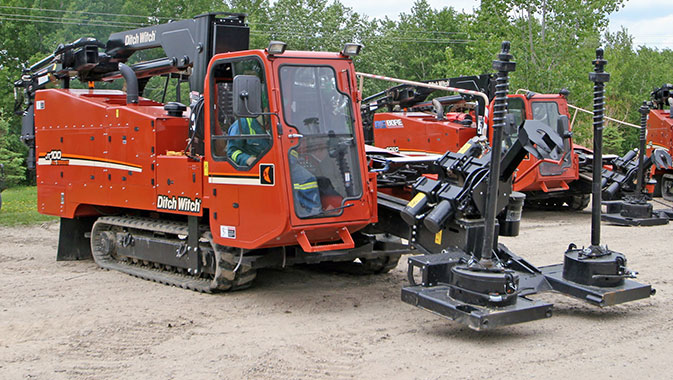