Preserving the Past, Embracing the Future 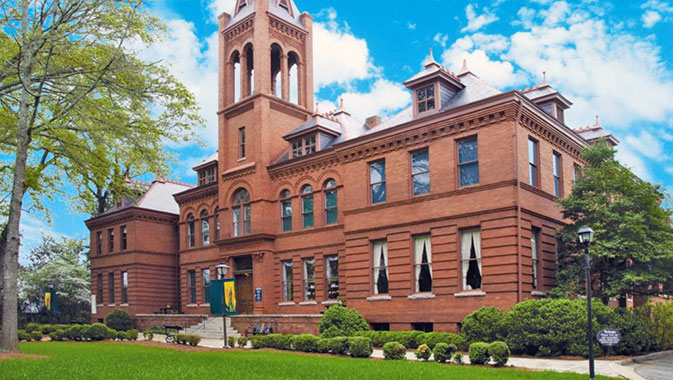 Georgia’s Madison-Morgan area is renowned for its rich history, homes pre-dating the Civil War and stunningly gorgeous rural scenery. Home to countless parks, farms and the magnificent 19,000 acre Lake Oconee – acclaimed for some of the best water sports, golf and tennis, boating, camping, biking, hiking and picnicking in all of Georgia – the area has everything for which one could possibly wish – and a great deal more.
~
Madison-Morgan County is like walking through a picture postcard of the past. Seamlessly blending its venerable history and southern hospitality with the world of today, the county’s attractions are enormously popular.

“Madison has the second-largest historic area in Georgia, second only to Savannah,” says President and Economic Development Director Bob Hughes of the Madison-Morgan County Chamber of Commerce. “We’ve got scores and scores of antebellum homes, so that is a major tourist draw, and people want to come through and tour homes and museums, our see our tree-lined streets and the white-column mansions.”

With a keen focus on historic preservation, Madison-Morgan is a genuine southern gem and appears much as it did back in 1807. Madison-Morgan’s unrivaled history makes it popular with locals, tourists and businesses alike.

Today, with a total population of about 18,000 in the county, Madison remains the area’s largest city with about 4,000 residents. The city of Madison has served as the county seat since it was incorporated in 1809. Morgan County is also home other cities, including Rutledge, Bostwick and the Town of Buckhead.

As the demand for cotton grew significantly in the early 1900s, the population also grew, lots were sold and magnificent plantation homes constructed. Unfortunately, over the years, a number of fires have claimed historic structures: the first in 1844, the second 1869 – which saw twenty-six buildings destroyed – and a third in 1916. The community has, however, continued to expand, particularly in the 1970s with the construction of the Lake Oconee reservoir and the growth of Interstate 20.

The Madison-Morgan County Chamber of Commerce has been in existence since the late 1950s. After slowing somewhat in the sixties and seventies, the chamber was rejuvenated and now boasts about three hundred members.

“Of the three hundred, it’s a broad brush,” comments Hughes. “We have entrepreneurs, retailers, hotels, restaurants, manufacturers and some agricultural interests are also involved.”

Hughes holds an MBA in finance, is certified as an economic development finance professional by the National Development Council and is a voting member of the Development Authority of Morgan County. Serving as both president and economic development director since mid-2011, he has lived in Madison since 1979. He has also served on the state board of the Georgia Association of Chamber of Commerce Executives and brings considerable experience to his role with the chamber.

He held various roles at Southern Company, the largest investor-owned electric utility headquartered in Atlanta, over the years. Throughout his thirty-five years there, he was involved in external affairs, wholesale power transactions and community development, served as a lobbyist and tackled regulatory matters prior to taking early retirement. He then took a position with economic development for Morgan County in 2006.

Working with an office manager for the recruitment of new members and bookkeeping, the County has a separate tourism division with a welcome center and a convention and visitor’s bureau. The mission of the chamber is to not only promote business in Madison, but Morgan County as a whole. This includes industrial development, commercial development, tourism and agriculture.

“We realize there are several legs to a stool of economic development, and we don’t try to single out and say that we’re just going after industrial development,” he says. “We keep the entire community in mind and work towards that end.”

Still very much an agrarian community, the area is still home to cotton growers, cattle ranchers, producing crops such as sesame and canola and dairies. The county is used as a benchmark for visiting dignitaries, as it is one of the largest dairy producing counties in Georgia.

Hughes’ primary mission since becoming president and economic development director has been workforce development. Morgan County has a diverse range of industry sectors, including agriculture, forestry, fishing, hunting, manufacturing, education and services. It is working with its excellent school system – which placed thirteenth in the state of Georgia – to identify the skill sets needed by the workforce of the future.

“Manufacturing is a lot more computer-driven than it is wrenches and screwdrivers-driven,” comments Hughes. The county also boasts an international baccalaureate program and a Quick Start program that provides training to meet the needs of industry.

There are a number of prominent businesses in the area. About fifteen miles to the west is Baxter Pharmaceuticals. It is currently in the process of building a million-square-foot facility to purify plasma to be used for immune deficiency diseases and plans to employ an additional 1,500 staff. As a result of this expansion, the State of Georgia has built a bioscience training center adjacent to the Baxter facility.

“So now, anytime you have a new life science industry coming to Georgia, you’re going to want to locate them near that training facility,” says Hughes.

Other large businesses in the area include flooring giant Mannington Mills, which on-shored jobs from China and brought them to Madison. Within twelve months of the announcement, the company added 90,000 square feet to an existing facility. It is in the process of building another 550,000 square feet for cutting and additional flooring operations, along with a distribution warehouse. This will result in about another 420 jobs added to Mannington’s existing base of about 150 and will provide a significant increase in the number of manufacturing jobs in the area.

Along with its scenic streets and historic antebellum homes, Madison-Morgan’s natural settings are unsurpassed. Hard Labor Creek State Park – renowned for its hiking, camping, fishing and golf – draws about 200,000 visitors every year.

World-renowned architectural firm Wakefield Beasley and Associates is behind a new, 400-acre complex hoping to break ground this year. The area will be home to Georgia’s newest safari park and is spearheaded by one of Disney’s ‘Imagineers’. The complex will be unlike anything else in the state.

“It will be a premier facility that will not only have a traditional walk-through zoo, it will have an interpretive guide drive-through, where you get on and drive with a guide into the plains where you get up close and personal with the animals,” says Hughes.

The project will also feature treetop hotels and ‘glamping’ (glamorous camping) in a yurt with hardwood floors and a concierge providing food and drink. “It will be like something from Out of Africa, where you have folks bring you meals and beverages while you sit watching animals as the sun goes down.”

Madison-Morgan is also working on a unique farmer’s market. The new addition to the area will see the dismantlement of three nineteenth-century barns from New York and Pennsylvania. These will then be relocated to the area and reassembled. In addition to the range of beef and chicken products and fresh vegetables for sale, it will feature demonstrations of making dip candles and blacksmithing as well as custom-made furniture and an organic restaurant. Once the market is fully operational, it is expected to receive between 200,000 and 400,000 visitors per year.

Madison-Morgan is on a mission to remain progressive and respect its past. “You never expect to find a progressive attitude towards business in a small Southern town,” says Hughes. The area attracts a wide variety of cultural groups, including the Austrian Boys’ Choir, singers from Russia, the Alvin Ailey studio dancers, the Atlanta Symphony Orchestra and the Shakespeare Theater. Some performances are held in the well-preserved auditorium of an 1890-era school for performing arts.

Madison-Morgan welcomes tourists eager to take a trip rich in Southern hospitality. The county’s business signs are monument-type, to maintain a degree of elegance. Even the area’s big-box retailers, who provide valuable economic resources to the area, have landscape berms between buildings and the road to disguise parking areas.

“That is part of what gives the town its unique character, and that’s what keeps people coming in to see us,” says Hughes. 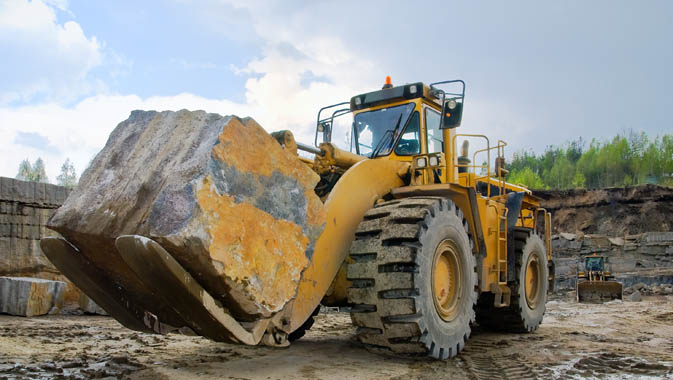 A Leader in Underground Mining Equipment

Preserving the Past, Embracing the Future