More Than a Village 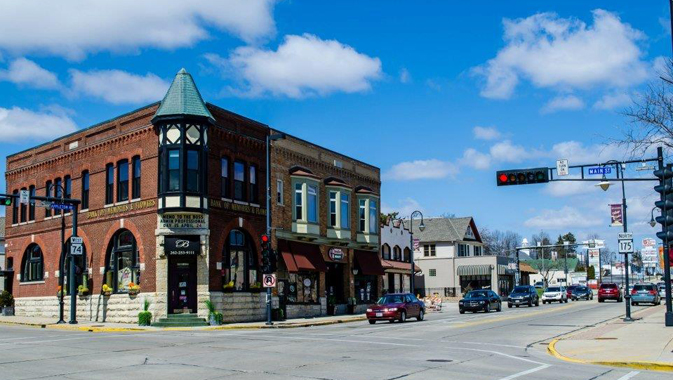 Menomonee Falls, Wisconsin is the fourth largest community in Waukesha County. While its population is approximately 36,000, it competes quite well against larger centers with regards to economics and development.
~
The Village’s population is expected to grow by close to eleven percent over the next decade, and developments are many. This village is a bustle of activity, and Business in Focus spoke with Planning Technician Gabe Gilbertson, Planning Technician Tyler Zwagerman and Director of Community Development Matt Carran to find out more.

Menomonee Falls is an economic engine in the state of Wisconsin, complementing land availability with a highly skilled workforce. It has been active in redevelopment, and has a full range of housing choices and an efficient transportation system to move people. Everything is in place.

Menomonee Falls was settled in the 1840s with sawmills and grist mills along the Menomonee River. In 1890, the railroad came to Menomonee Falls, spurring growth and industries including the lime kilns and a beet factory. The Village was incorporated in 1892 and grew steadily. In 1922, State Highway 15 connected the Village to other cities in the region.

The Village has been ambitious since the beginning. “In 1930, the new municipal building had ‘CITY HALL’ etched into it by masons. That still exists to this day because the officials at the time believed that the Village would become a city, which never happened. So we are just a very large village.”

Following the Second World War, there was a housing boom with most of the growth occurring just outside of the Village limits of Menomonee. The interstate arrived in 1953, adding to that growth. In 1958, the Village annexed the surrounding Town of Menomonee, drastically increasing its land area and population. Community Memorial Hospital opened in 1960 and remains a leading employer.

“Starting in the 1990s, we grew at a much faster pace. One of the hallmarks of that growth was the many subdivisions and homes being built. Kohl’s moved their corporate headquarters here in 1996, and today they are still the largest employer in our community.”

Menomonee Falls possesses a strong manufacturing workforce with the third-highest manufacturing real estate assessed value in Wisconsin. In commercial development, a 30,000 square-foot corporate office building was redeveloped adjacent to Kohl’s in the past year.

In 1990, the population was 27,000; the 2013 census indicates a jump to 36,000. The forecast is for the population to grow by another 6,000 over the next twenty-five years. “We are a growing community. We are the fourth largest population in Waukesha County, but with growth, we’ll get to third soon.”

Its school districts are braced to accommodate that growth since Menomonee Falls is a family community. Several new subdivisions are targeting young families; three subdivisions will create over 340 single family lots. Two large apartment projects are also targeting young professionals who are looking to rent; within the last year, 471 apartments, in addition to 350 senior apartments, have been approved for construction.

The Village Centre is a ‘Connect Community’ as part of the Wisconsin Economic Development Corporation (WEDC). The WEDC has been giving assistance in the form of training and seminars that focus on downtown revitalization. The Village Centre has an active business improvement district with a full-time manager who oversees events, works with existing and prospective business owners and plans streetscaping and other aesthetic qualities of the downtown.

The Business Development Loan Pool is a low-interest loan that is distributed through First Bank Financial Centre. The Economic Development Master Fund is a $20,000 maximum grant match program. “In 2014, we distributed $120,000 in matching funds for six projects. These range from facade renovations to interior renovations. Since the program began, we’ve distributed approximately $380,000 worth of grants and leveraged over $1 million in direct total investment.”

In 2012, the program was recognized by the WEDC and received an award for the best downtown development success story for a ‘Connect Community’ population over 8,000.

Attracting business will help the community grow. There is a high level of infrastructure and multiple industrial and commercial tax increment districts that provide financial incentives to businesses looking to relocate or start.

Specialty zoning districts have been created to promote growth and Menomonee Falls has an abundance of sites for both development and redevelopment. Planned Development District No.2 is a mixed use area that allows for a variety of commercial and residential uses in order to steer development through a quicker approval process. With this district, Menomonee Falls is becoming a one-stop shop for those looking to live, work and play.

“To maintain the vitality of the community, we strive to provide the necessity amenities that all ranges of demographics are looking for. We have the apartments, parks and a downtown that we are trying to promote. It is a fun place to be in the summer! We have trails and parks that do not need a vehicle to get there. It is a walkable community.”

While Menomonee Falls has many growing families, data being used in the new
Comprehensive plan Update shows that there is also an increasing number of smaller households in the Village, partly due to the growing number of seniors. The average household size has dropped from 3.14 in 1980 to 2.42 in 2010, and it is driving demand for new housing choices. Since 2000, the Village has also become more diverse in ethnicity and race as well as age.

Much of what makes this Village unique is its history and several local attractions are designed to highlight that. There are historic neighborhoods and farmsteads – twenty registered historic sites within the community. There is a historical museum and park called Old Falls Village and several of the historic buildings of the community have been moved to that location.

“Old Falls Village Days and a Civil War encampment are run every summer. We also host events in the Village Centre that cater to residents of all ages including the farmers’ market, twice a week starting in May. Concerts and events happen in Mill Pond Park in the heart of the Village Centre.”

There are also larger annual events like Falls Fest which features concerts over several days. The Cheery Cherry Fall Fair is a popular arts and crafts festival. The Christmas parade and the Fourth of July parade bring many people together from across the community.

The big draw for residents and visitors is the number of outdoor opportunities in the form of parks, trails and natural areas that allow people to experience nature. Menomonee Falls is situated between the Kettle Moraine (a geological feature formed by retreating glaciers during the last ice age) and the city of Milwaukee. It is also a short distance to Lake Michigan. Menomonee Park is among the most visited parks in the area and offers an inland lake and beach along with trails.

“A thirteen mile long country trail starts in Menomonee Falls, and another one of our most popular trails follows the Menomonee River through the parkway connecting three different parks. We are also in an excellent location with short trips to lots of cultural and recreational amenities in the greater Milwaukee region.”

Although close to Milwaukee, Menomonee Falls is really its own community unlike many suburbs. There is a downtown core, commercial and industrial works, agricultural lands and active farms.

“We are really a complete community with a suburban feel, right next to Lake Michigan and only fifteen minutes from Milwaukee and we are certainly a part of the Milwaukee fabric. Although today we are considered a suburb, we really are a separate entity from the region.” 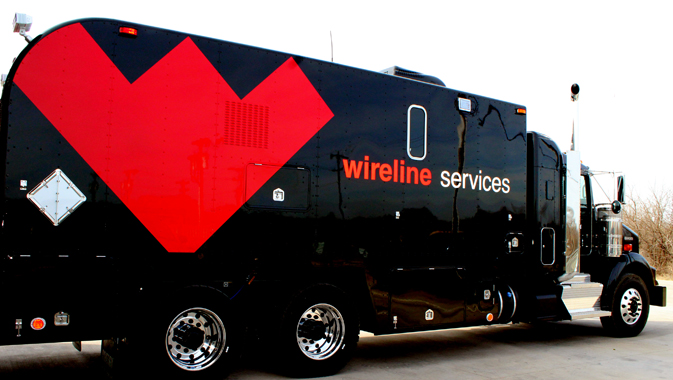 High-Quality Truck Manufacturing for the Oilfield

More Than a Village