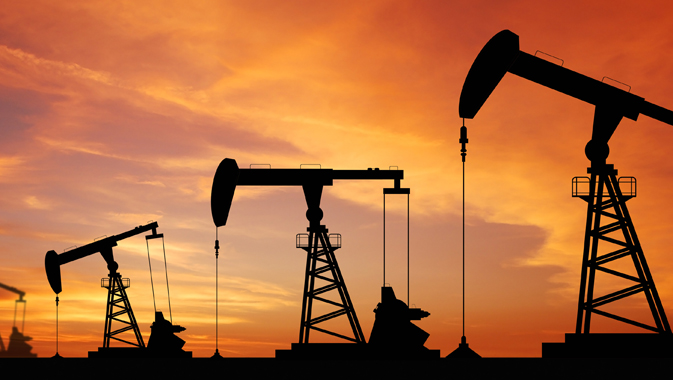 The company grew out of Sword Energy Inc. Major shareholder PSP Investments – one of Canada’s largest pension investment managers with almost $94 billion of assets under management and a dedicated team of over five hundred professional managers – helped to create Sword Energy around the peak of the previous oil boom market, in 2007.

Joining the board in 2011, oil industry veteran Alex Verge agreed to a scenario the next year whereby PSP Investments would take over Sword and shed some of the of the lowest net back properties.

“This resulted in the creation of a stronger and more focused company, and the business was basically full of these underdeveloped oil pools,” says Verge, Journey Energy’s Chief Executive Officer/Chief Operating Officer.

Since the restructuring of the company in mid-2012, Journey Energy has split approximately $400 million in capital. Half was spent on the acquisition of new pools and the remaining portion on exploration and development. Along with the making of a significant transformational acquisition in the first quarter of 2014, Journey has made numerous advances.

“In 2012, we had 250 million barrels of oil in place in our key pools, and now we’re over a billion,” says Verge, “so we basically quadrupled the oil in place under our management. The big feature of the company is we have an eighty-five percent working interest in these pools, and we only have about a twelve percent recovery factor in the pools. If we can in get just an extra two percent of the oil in the ground, we can double our liquid reserves in the company. So it’s a great big resource based on basically acquiring these pools over the last two and half years.”

Along with the company’s other highly knowledgeable oil industry veterans, President and Chief Executive Officer and Director Alex G. Verge brings considerable experience to Journey Energy. In his more than three decades spent in the oil and natural gas industry, Verge has held a number of senior positions with the likes of NuVista Energy Ltd., Bonavista Energy Corporation, Bonavista Energy Trust (formerly Bonavista Petroleum Ltd.), Poco Petroleums Ltd. – along with engineering positions at Gulf Canada Resources Inc., Rising Resources, and Shell Canada Resources Limited. Verge holds a Bachelor of Science degree in Chemical Engineering from the University of Toronto, along with a Masters of Engineering degree in Chemical and Petroleum Engineering from the University of Calgary. He is also a member of the Association of Professional Engineers, Geoscientists of Alberta. His earlier experiences with companies such as Poco, Bonavista and NuVista helped lay the foundation for his current role at Journey Energy.

“Over the years, I’ve been involved with similar business models, where, essentially, you spend about half of your capital of exploration and development and the other half on acquisitions,” states Verge. “We used to always say: ‘You drill to maintain your production, and you require to grow.’”

Together with the staff of about sixty full-time employees at the Calgary office and twenty full-time employees and contractors in the field, the directors all bring unique skill sets to the company in key areas: governance, auditing and operational/reserve evaluation. This enables the company to make significant acquisitions backed by an experienced board of directors who can provide strategic guidance, advice on corporate policy, and ensure the business is conducted to the highest ethical standards.

The company made ten strategic acquisitions in the period from November 2012 to December 2013, including near the hamlet of Herronton, southeast of Calgary. Since 2010, over fifty horizontal wells have been drilled, and since restructuring in 2012, over $200 million has been spent on Journey’s exploration and development programs and optimizing legacy pools. With key areas in the central region west of Edmonton and the south, over ninety percent of Journey’s well drills are horizontal and about eighty percent of these horizontal wells are multi-fracked.

Journey has positioned itself to grow at a stable yet significant pace in the coming years. An acquisition in early 2014 happened when the company approached a senior producer and asked to purchase oil pools from inside a portfolio of existing oil pools that fit into Journey’s central area.

“This increased our focus in the two core areas that we already had, and it added over five hundred million barrels of oil in place in key, operated, high-working interest, low-recovery pools,” says Verge. “For what we do, any area can be a key area because, for us, it is not really about the area; it’s more about the pool, the current recovery factor, the quality of the reservoir and whether or not the current reservoir pressure is high enough to drill horizontal wells and ultimately implement secondary recovery processes in the field.”

Journey specializes in horizontal, multi-frac drilling and secondary recovery methods. With all of Journey Energy’s drilling happening in approximately 150 to 200 sections of high-interest working land in key pools, oil resources are already in place and delineated by vertical wells. When establishing the fairway, the company created a focus area, spending capital strategically knowing exactly where it would drill and setting target depths between 1,000 and 2,000 metres. By going into pools that are already drilled with verticals and drilling horizontals in-between them, Journey has no expiry issues and is able to control the pace of how fast or slow it wishes to drill.

“In general, we are focused on areas where the drill, complete, equip and time costs are all within the $2 million to $4 million range – with many coming in at $2 million to $3 million range,” comments Verge. “We refer to it more as a bunts and singles approach, rather than a home run approach.”

One such acquisition was Harrenton, in the spring of 2013. “It is a perfect example of all that we try and do,” says Verge of the property, which was purchased for about $14 million. “It’s great to have this knowledge base and to have drilled these wells and to do this and to be able to carry it on to other plays.”

With the recent downturn in commodity prices, Verge believes 2015 will be the year to maintain the status quo, namely dividends and production, without dramatically increasing debt levels. Next year, he says, will see an industry-wide recovery and a return to growth for the company, which maintains its position of actively looking at acquisitions while having the benefit of strong shareholder support.

With a diverse mix of projects and a proven track record of acquiring assets at an attractive value, Journey is able to spend eighty to ninety percent of its capital in 2015 on projects that have payout periods less than two and a half years at the current share price and returns of greater than thirty percent.

“Our plan is pretty low-risk, because all of the pools are already delineated with vertical wells,” says Verge. “We are drilling horizontal wells in between vertical wells, and we know we are going to get something. We have also been the first to drill a horizontal well into seven different pools, and it’s worked every time.”

As for the future of Journey Energy, Verge projects that the company will more than double its current size in the next five years, continuing to drill to maintain its production and using acquisitions to add inventory along with production growth and to stabilize declines.

“Doubling our size should be the easiest thing to do; the toughest thing would be to make sure to do it on a per-share basis, so when you double the amount, you double your size. You don’t just triple or quadruple your shares to do it,” he says. “You need to grow creatively on a per-share basis. In addition to doubling our production, my thought would be that we need to more than double our inventory, and we need to increase the oil in place under management.”

This must all be achieved while reducing or maintaining its current corporate decline rate. It is, he says, an attainable goal as it was achieved by both NuVista and Bonavista during his time at those companies. He believes that, “it’s not only important to make the company larger and more efficient, we need to make the company more sustainable at the same time, and that is clearly one of the goals that we’ve had.” 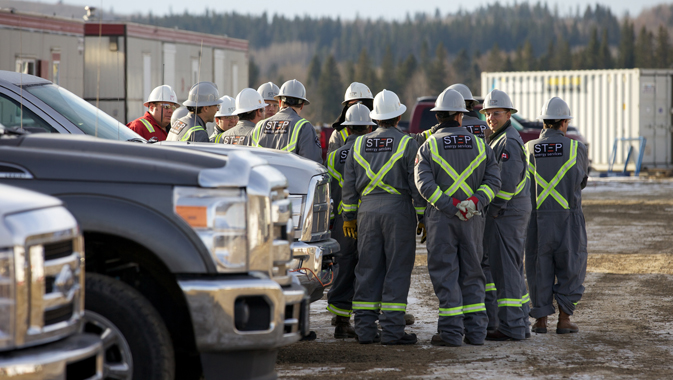 Horizontal Completions and a Lesson in Vertical Growth