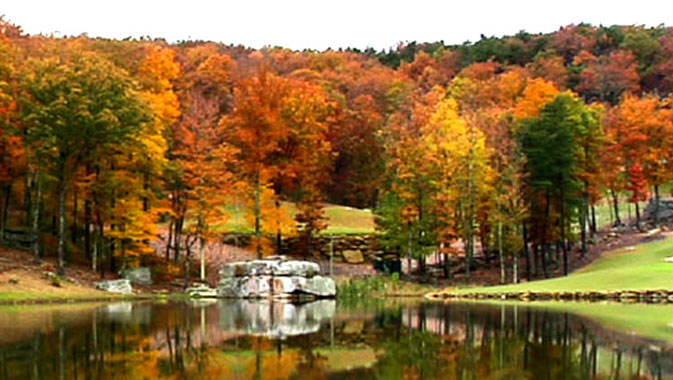 America’s scenic byways are peppered with the famous phrase See Rock City. From Texas to Michigan, the words have been painted on barns and birdhouses since the 1930s, creating a nationwide trail of kitsch that leads to one of Georgia’s most loved destinations. Follow the advice and visit Walker County to discover a classic attraction – and much, much more.
~
“We’ve got a lot going on down here,” says Larry Brooks, Executive Director of the Walker County Development Authority. In addition to Rock City’s stunning vistas, towering rock formations, swinging bridge, and gardens, the north Georgia community serves up miles of hiking and biking trails and outdoor thrills, from spelunking to hang gliding. Chickamauga Battlefield National Park, the oldest and largest military park in the United States, is another huge Walker County draw. Civil War buffs from around the nation flock to the famous site, which, along with Rock City, ranks among Georgia’s top 25 tourist attractions.

Visitors looking for a more urban experience will enjoy touring Chattanooga, which is just across the Tennessee line, minutes from Walker County. Attractions include a world-class aquarium; river cruises aboard an old-fashioned Southern riverboat; the 145-foot-high Ruby Falls waterfall, hidden deep inside an underground cavern beneath Lookout Mountain; and the famous Chattanooga Choo Choo, which has been renovated into a 24 acre hotel and entertainment complex where guests can spend the night in an authentic turn-of-the-century sleeper car. “We have a wide diversity as far as recreation,” Mr. Brooks summarizes.

Long a favorite among America’s tourists, Walker County has also become an up-and-coming business destination. “If you are looking to grow your business, a lot of opportunities exist here.” A sole commissioner style of government puts the decision-making in the hands of one person, so the relocation or expansion process is remarkably efficient. “Georgia is the only state that actually has a provision for sole commissioner government,” says Mr. Brooks, who compares the role of Sole Commissioner to that of a CEO managing a business. “When we have a company that comes to us, we are able to turn to our Commissioner and have her make that single decision. She represents the County’s involvement in a project. That helps us a whole lot.”

Business-friendly tax codes are another plus. Walker County’s property tax rate is “one of the lowest in Georgia” and, as a “100 percent free port community,” raw material and finished goods are not subject to an inventory tax, as long as these goods exit the county within 12 months. An overall low cost of living also helps to bring down a business’ operating expenses.

Chattanooga has enjoyed a revival in recent years, and, as a suburb, Walker County automatically benefits. “Because we are so close to Chattanooga, you have a spillover,” Mr. Brooks explains. “There are several industries here in Walker County that currently serve as a supplier to companies [located in Chattanooga], like Volkswagen. And that helps us to draw other folks into our community.” An abundance of reasonably priced land helps seal the deal. “With us being a rural community, we actually have land that can be developed. One of the challenges that Chattanooga has right now is that it is running out of land.”

The Walker County Development Authority is committed to helping businesses gain access to the land and amenities they need. “In the last six or seven years, we have seen an uptick in interested companies looking to come in. We have done different marketing campaigns, reaching out directly to businesses, letting people know about our business friendly attitude.” The county took things to the next level with the purchase of nearly 500 acres of land for use as an industrial park. Once the site of a dairy farm, the land runs along a major four lane highway and already has access to rail, sewer, fiber optic communication lines, natural gas, and electric utilities, making it ideal for development. The massive stretch of unspoiled countryside presents a particularly good deal for larger manufacturers looking for a large tract of land. “It represents the largest contiguous property north of Atlanta,” says Mr. Brooks.

The future industrial park, like many other sites in Walker County, has few preexisting structures, allowing companies to build exactly what they want from the ground up. “Most companies are looking for green space; when you have a green space, that allows them to build what they specifically want and what works best for them.”

Audia International is one of the most notable companies that has recently been attracted to Walker County’s many business advantages. The plastic producing giant is building a $70 million, 240,000 square foot manufacturing facility in the county’s new industrial park. The state-of-the-art facility will support Audia Interational’s three subsidiaries: Southern Polymer, Washington Penn Plastic Company, and Uniform Color Company.

Audia International will be joining a sizable list of manufacturers that are thriving in Walker County. In fact, nearly half of the population is employed in manufacturing, primarily for Roper (gas and electric ranges and cooktops), SI, Inc. (textiles), and Shaw Industries (carpet yarn), as well as a handful of carpet manufacturers, a cloth bleacher, a fabric finisher, an equipment parts producer, and a brake component producer.

This wide range of manufacturers has helped keep the county in business, even during tough times. “Walker County has actually been able to weather the recent recession quite well,” shares Mr. Brooks. “Our unemployment rate has stayed relatively low when you compare it to the state and national numbers. The reason for that is because we have a diversity of business… So if you had one company that was having problems and laying people off, you had another company that was hiring these people that were being laid off.”

The region’s strong manufacturing history ensures that incoming manufacturers will find plenty of skilled labor. “We have a wonderful workforce here as far as manufacturing is concerned,” Mr. Brooks reports. “We have a workforce that has the skillset that a lot of people are looking for.” Georgia Northwestern Technical College works closely with the county’s businesses and provides ample training opportunities to keep employee’s skillsets up to date.

Walker County’s resilient economy, low cost of living, and available land attracts commuters from Chattanooga as well as international businesses looking for a place to land. “You can be in Chattanooga within 15, 20 minutes and at the same time you can take advantage of not having to live in a city. A lot of people have opted to do that.” A diverse stock of real estate includes everything from new subdivisions to sprawling tracts of pristine countryside. “There are gated communities, but at the same time, if you are interested in having five or six acres – or a hundred acre farm – those opportunities are here too.”

As new companies move into town from out of state, Mr. Brooks says that he often hears about employees volunteering to be transferred to the new Walker County location. An inviting climate is one of the biggest draws, particularly for employees coming from the north. “We have four seasons, but our winters are never very bad down here. You may have an inch or two of snow, but it is usually gone the next day.”

Newcomers also enjoy a warm welcome from the community. “This is the south,” Mr. Brooks points out. “People are friendly; people know their neighbors down here. The community comes together and supports each other and also the businesses that are coming in. One of the things that Audia talked about as they were going through this [relocation] process was the warm reception they received from so many folks in the area.”

With so much to offer, it comes as no surprise that businesses around the world are considering moving to Walker County. “People are interested in what we have here. Our community is poised for some great and substantial growth.” 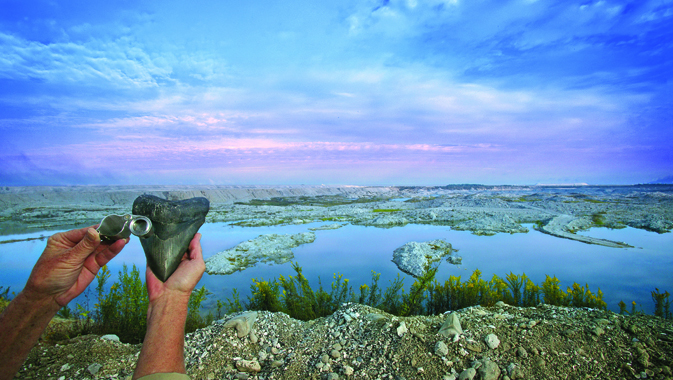