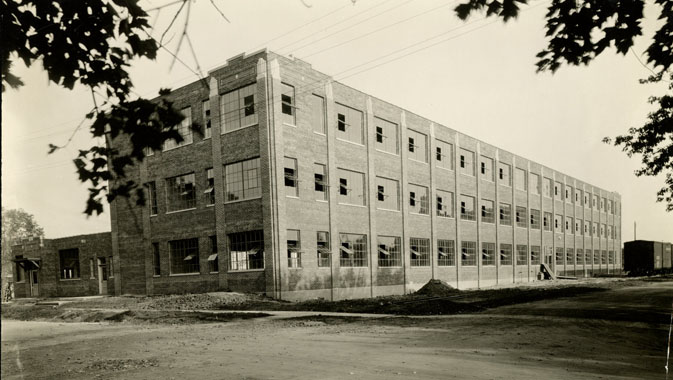 If a company has been around for well over 100 years, then it is certainly doing something right. Weinbrenner Shoe Company is thriving, even as it changes with the times…
~
This traditional speciality shoe company has enjoyed double-digit growth over the last seven years as it invests in automation and lean manufacturing. We spoke with President Pat Miner and Marketing Manager Bianca Boettcher.

The most notable aspect of the Weinbrenner Shoe Company is its American-made production. Ninety-six percent of shoes sold in the U.S. are made elsewhere with eighty-six percent of all shoes sold made in China. “Our USA-made shoes have become quite popular over the last five to six years with the Thorogood brand. We have more demand than we can handle right now.

“We are literally telling large retailers that we cannot handle their demand. They are used to Chinese production and I make nine hundred shoes per day in each of my two factories. That’s as good as it gets for now, but soon we will be implementing the lean manufacturing processes into the factories in the hopes that we can double or triple production.”

The company’s shoemaking heritage began with Peter Weinbrenner, a cobbler who emigrated from Germany to Milwaukee. At thirteen, his son Albert H. Weinbrenner started as an apprentice in his father’s shop. At twenty-seven, in 1892, Albert, together with a partner, opened up the first incorporation of the Weinbrenner Shoe Company. It produced boots and shoes that were designed mainly for workmen.

“The depression hit in 1932, and a lot of small cities were trying to coax large companies to open up factories in central and northern Wisconsin. In 1935, Weinbrenner opened up our first factory in Marshfield, Wisconsin. In 1936, a second opened in Merrill, Wisconsin, which is now the corporate office.”

In 1938, Weinbrenner Shoe Company created one of the first safety toe shoes on the market. When WW2 hit, all commercial shoe production stopped, and the company made shoes for the military. In 1949, Albert died, but the family ran the shoe company until the sixties when it was bought out by Texon which introduced a process for vulcanized rubber. Other technological advances followed and, in 1966, it was purchased by BATA shoes.

“BATA owned us until about the mid-eighties, at which time they were the world’s largest manufacturer of footwear. They sold us to a combination of fifteen individuals who were high-end managers and some business people in Merrill. They ran the company until 2000, and the fifteen had attritioned down to three.”

To sell the company, an agreement was put in place that would guarantee that the factory would stay in Merrill. To do this, however, they had to sell to the employees of the company. As of 2000, it became an ESOP company (employee stock option program) with now eighty-four owners.

For most of its history Weinbrenner has largely been known as an occupational footwear company manufacturing and selling uniform, fire, police, military and safety work products. “Right now, our largest production is in our Thorogood work boot side, which has achieved a life of its own outside of the true work enthusiast: the individual that has to wear them on a day-to-day basis for their job.”

Weinbrenner Shoe Company is looking to expand sales into Europe, with a line which is less workboot-oriented with more 1940s six-inch contemporary boot lace-up styles, either with or without toe caps. This is the Thorogood 1892 brand that is composed of updated versions of the old 1940s plow boot with leather, rubber and cork combination soles. There is also Wood N’ Stream footwear for hunting and outdoor activities. Another popular offering is its cream wedge, moccasin six-inch lifestyle boot that is setting trends in Japan, Korea, Thailand and other parts of Asia which love ‘Made in USA’ footwear.

Weinbrenner Shoe Company has seen double-digit growth over the last seven years, and a lot of it has to do with the appeal of the ‘Made in USA’ shoe. “When you make shoes in the U.S., you are not generally a marketing company, you are a manufacturer. The manufacturers focus on making the shoes because the margins are not always the greatest when you have to run a labour intensive factory. So, about ten years ago, we focused on the Thorogood brand.”

The company has been promoting and building up its brand. The ‘Made in USA’ mark has become very popular in Asian markets and around the world and it is also catching on in the US. The challenge is to appeal to a younger generation who don’t really care about where things are made. Still, the new-found popularity has stirred a tremendous amount of growth.

The biggest obstacle for Weinbrenner Shoe Company is finding people that know how to stitch and sew leather. This is becoming a lost art form as today people are just not taught these skills. “It is a throwaway, disposable society, so it’s cheaper and cheaper to buy new than it is to fix an existing one.”

The shoe-making process presents another challenge as it is very labour intensive. To make a shirt, for example, requires ten to fifteen different steps whereas the average shoe involves about 125 to 130 steps. This is why the shoe industry has gone offshore. Wherever the cost of labour is less expensive, that is where production will go. In China, there is a large pool of cheap labour and they know how to sew. They also know how to manipulate the machinery, or put in the eyelets along with all of the other details. “It is a tremendous process! So complex and so detailed. It is difficult to find people that know the art of being able to make shoes.”

Pat went on to explain that it is easy to find designers for shoes, but they typically have no idea of how to make a shoe. The number of these professionals is dwindling. He is currently having to replace a lady who has been with the company for thirty-seven years and who is both a seamstress and a pattern maker. He found two people from another company with some experience, but they are not stitchers. The struggle to find the right people with knowledge of the shoe making process continues.

The shoe making process really has not changed much over the years, but soon Weinbrenner Shoe Company will be implementing a lean manufacturing process in its factories that will help to increase efficiencies while producing more shoes.

When it comes to technology, much of the equipment Weinbrenner Shoe Company still uses to this day comes from the fifties and sixties. Rather than bringing in outside technology such as that coming out of Asia, the company chooses to refurbish what it has, even having quality custom parts made at times. The machines used are quite old, but reliable. The 1892 line is traditionally constructed which means that the shoes are welted or stitched, and the heel is nailed on. Its Marshfield factory still makes all the traditional kinds of shoes. It has two machines that nail the heels to the 1892 shoes. The machines came from the original Milwaukee factory in 1935 and still run well to this day.

It isn’t all heritage machines, though. In order to cut leather, Weinbrenner Shoe Company has invested in an Atom Flashcut system from Italy: its first automated cutting machine. It is a smaller version and, in the near future, should be upgraded after everyone has been trained properly in its use.

It also recently purchased some German technology for injection molded soles. “You look at a lot of the shoes in Europe and around the world. Why the Chinese are good at it; they make cement soles and injection soles due to a form of automation that can put the soles on itself without an individual having to do it. That’s where our DESMA machine comes in with injected polyurethane combinations for making soles, which is automated and not done by hand.”

One of the keys to the Weinbrenner Shoe Company is that it is very much heritage-based. “We are a very storied company. It’s a fun company to be around because we have such a rich heritage. We are still very humbled by the fact that people come and want to see us and come to our location just to see our factory.” 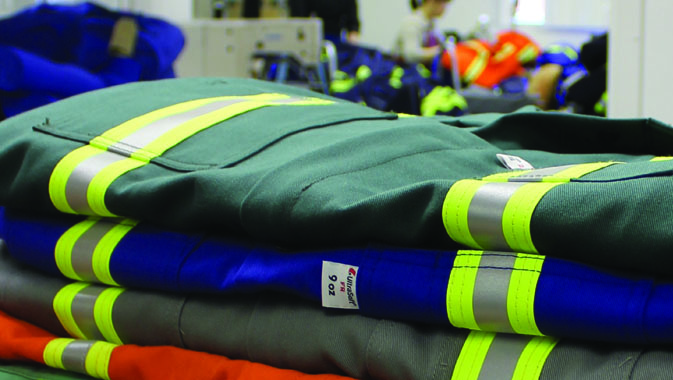