The Shift Toward Sustainable Shopping 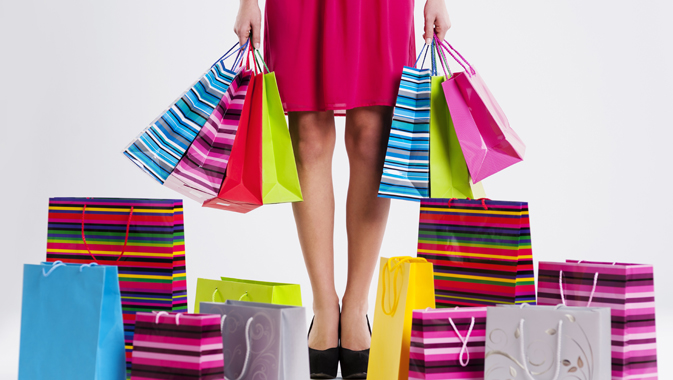 Consumerism in North America has evolved from an ideology to a lifestyle – one in which the gross level of consumption and production has become one of the key measures of our success.
~
The birth of the Industrial Revolution in the late 1700s set a precedent of production and output that would carry well into the 21st century. This magnitude of production has facilitated innovative manufacturing processes and the introduction of new technologies. Since then, our population has exponentially grown, creating a fast paced lifestyle based on the expenditure of money. Now, the Canadian and U.S. economies have become largely dependent on the shopping patterns of their citizens – patterns that have often come at the cost of our environment’s stability.

Unsustainable consumption patterns can pollute the air, contaminate the water, produce excessive waste, and drastically alter ecosystems that have allowed human beings to survive for hundreds of thousands of years. According to a brief issued by the United Nations General Assembly, we have already consumed more than 60 percent of our resources and continue to sacrifice the health of the ecosystems that we depend on.

Concerns regarding the sustainability of our environment and our resources were publicly addressed in Stockholm in 1972 at the United Nations Conference on Human Environment, where they declared: “A point has been reached in history when we must shape our actions throughout the world with a more prudent care for their environmental consequences. Through ignorance or indifference we can do massive and irreversible harm to the earthly environment on which our life and wellbeing depend. Conversely, through fuller knowledge and wiser action, we can achieve for ourselves and our posterity a better life in an environment more in keeping with human needs and hopes…”

In a world where the human population is projected to reach 9.5 billion by 2050, sustainability must be integrated into our consumer-oriented society to prevent irreversible depletions of our world’s natural resources. Right now, social and environmental issues have reached the pinnacle of concern amongst consumers.

Members of the ecologically conscious market feels a greater social responsibility to consider the impacts of their purchase decisions. Consumers want to know details about the products they buy and the companies they support. They ask questions – where did this product come from? How was it made? What kind of carbon footprint does it produce? This has caused a noticeable cultural shift in consumer behaviour. Consumers have placed more importance on the environmental, social, and economical effects of their shopping patterns, and their concerns may fluctuate depending on the type of product and its industry. Some consumers may focus more on a product’s carbon footprint while others are more concerned about the ethics of a company’s business practices.

So… how do consumers address their environmental and social concerns while simultaneously stimulating the economy? Many of them buy local.

There is a reason why the term “Buy Local” has endured so strongly. Google Trends indicates that buying local may not be a trend at all. As a matter of fact, local shopping has received a significantly high and steady level of interest for the past seven years. Studies show that local businesses stimulate local economic activity by reinvesting into the community. In 2013, Civic Economics conducted a study in British Columbia and found that local businesses reinvested 2.6 times the amount of their revenue back into the local economy compared to chain retailers.

Local companies are more likely to buy from local suppliers, hire local employees, and support local charitable initiatives. Local companies may also depend on local services, such as accountants, marketing firms, IT professionals, and legal counsellors. The more money spent on local resources, the longer that money will circulate within the same economy. And from a national perspective, local production contributes to the total Gross National Product (GNP), strengthening a nation’s presence in the global economy.

Consumer Reports National Research Center found that 78 percent of Americans would purchase a product Made in America over its duplicate produced overseas and over 60 percent of them would pay more for it. Research suggests that Canadians follow the same type of consumer behaviour. The Business Development Bank of Canada (BDC) issued a report that indicates consumers look for products “made in Canada” to act on their growing sense of social and environmental responsibility. Two in five Canadians consider local production an important factor in their purchasing decision, according to the BDC.

Exposure to corrupt global production practices like unsafe working conditions, child labour, and unfair wages have also played a big role in shaping social and ethical concerns amongst consumers. By buying locally made products, consumers know that the workers operate under healthy working conditions and get paid fairly. Though sustainable products may cost more, social and environmental consciousness amongst consumers has had a stronger impact on their purchase decisions. According to the BDC, 75 percent of consumers will pay more for ethically made products.

EQ3, a Canadian furniture manufacturing company, recognizes this demand for locally made products. The company produces all of their upholstered furniture in a factory in Winnipeg, which accounts for 70 percent of all production.

Companies like EQ3 who opt for onshore production address the adverse environmental effects of international transportation. Local production mitigates the substantial amounts of carbon dioxide emissions and fuel consumption that come packaged with international shipping, while locally based production and a tight-knit supply chain ensures greater quality control over the entire process.

The BDC report stated that almost half of all consumers in the U.S. and Canada feel inclined to buy environmentally friendly products. Consumers expect businesses to follow new models of production that don’t compromise the needs of future generations or cause damage to the environment, and the sustainable shopper will consider the product’s ingredients, its manufacturing process, and the environmental practices of its distributor.

Two Birds Apparel, a Canadian company stationed in Vancouver, British Columbia, uses sustainability as an organizational framework by integrating sustainable practices in all facets of its organization. According to the company’s website, all of its products are “manufactured in Canada from certified organic and eco suppliers.” Additionally, the company donates 1 percent of sales to environmental nonprofit organizations. Two Birds Apparel designs its products to appeal to the millennial generation, a demographic considered by many to represent the highest ratio of ethical consumers – an age group that will surpass the economic activity of baby boomers in the next three years and control 75 percent of the economy by 2025.

To compete in the “buy local” movement, global suppliers continue to explore different strategies that target the growing number of sustainable shoppers. Companies may address consumer concerns by encouraging waste reduction, using fewer resources, and emitting less air pollution. The flip side is that less scrupulous companies, in the interest of targeting the sustainable shopper, may appear to commit to green practices when in reality the majority of their practices don’t adhere to that image. False branding of a company’s environmental efforts is referred to as “greenwashing” – a practice that exploits the environmental concerns of sustainable consumers.

Merely projecting an environmentally responsible image is no longer acceptable – companies who don’t practice what they preach will fall under the sustainable consumer’s microscope. A company that makes false claims can cause irreversible damage to its reputation, ruining the relationship it has established with its audience. Indeed, the BDC found that 90 percent of consumers said they would no longer support a company associated with environmentally or socially irresponsible business practices.

Since consumers may reserve a level of scepticism toward the environmental and social efforts of multinational corporations, sustainable shoppers often seek Fair Trade products as a middle ground solution that supports the sustainable progression of developing countries. Fair Trade certifications indicate that a product has met a certain set of social standards. By opting for fair trade, consumers encourage ethical behaviour in international commercial practices, such as fair wages and standardized working conditions.

Consumer demand for companies to follow sustainable standards of production and provide ecologically friendly products continues to rapidly increase. By embracing a sustainable brand, companies can differentiate themselves from the rest of the market, while consumers, through the endorsement of practices such as local shopping and global fair trade, can adopt a more sustainable lifestyle without hindering economic development or reducing their quality of life. Companies that make a real commitment toward sustainability enhance their chances of outperforming industry peers in the marketplace by achieving long-term, sustainable growth and building a strong, ethical brand.

As a society that often consumes beyond our means, we’ve reached a tipping point where we face a key question: Will we continue to follow conventional patterns of production and consumption or will we seek a path that ensures long-term sustainability? 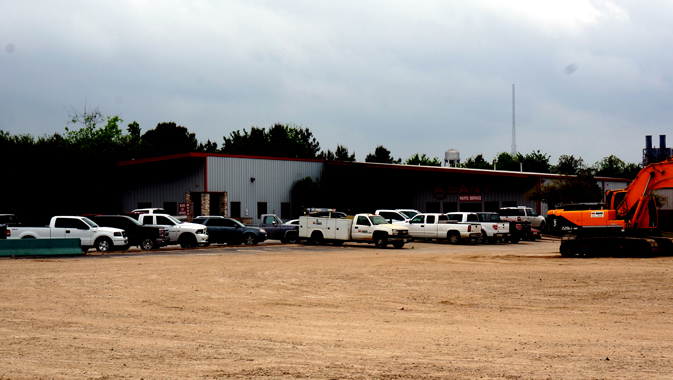