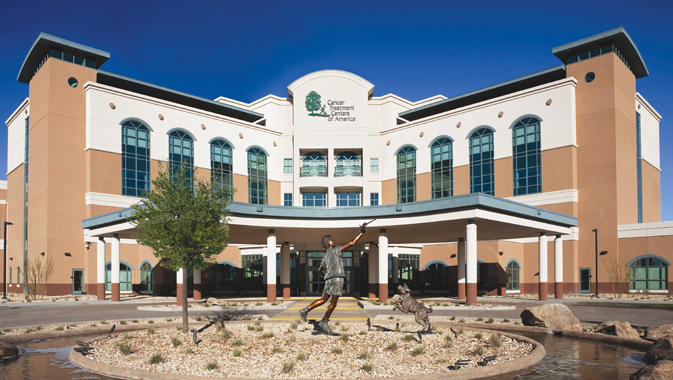 Goodyear, Arizona is geared for growth. The population of the Phoenix suburb has skyrocketed from 6,300 in 1990 to over 74,000 today, making it the sixth fastest growing city in the United States.
~
With so much potential knocking at the door, a proactive city government is planning carefully to accommodate the influx of citizens and to make the most of new and exciting opportunities.

It is easy to understand the attraction. Located just 20 minutes from downtown Phoenix, Goodyear enjoys the advantages of a major Metro area as well as dramatic desert vistas and the stunning Estrella Mountains, which provide the backdrop for an active outdoor lifestyle. Sports enthusiasts enjoy watching games at Goodyear ballpark, home of Spring Training and Player Development for Major League Baseball’s Cleveland Indians and Cincinnati Reds. Master planned communities with lakes, country clubs and golf courses supply ideal housing for residents of all ages, from young professionals to retirees, and the local schools are highly rated and include well-known charter schools with “an outstanding academic reputation.”

Mayor Georgia Lord is one of the many Goodyear residents who couldn’t resist the city’s charms. Georgia and her husband, Ron, have lived in dozens of locations around the world during his military career, so they had no real hometown. When Ron retired, the couple set out on a nationwide search for the ideal home. “We visited a number of states, but we settled here,” Mayor Lord recalls. “I was very particular in what I wanted and I kept coming back to Goodyear. It looked like a city that cared about itself and was going somewhere.”

Many incoming citizens are attracted to the job opportunities and the high standard of living in the area. In fact, Goodyear residents enjoy a median income of $74,727– one of the highest in the state and the highest in the West Valley for a city of its size. Furthermore, Goodyear’s location on Interstate 10, between the Loop 101 and 303 highways, makes the city an ideal location from which to commute. “1-10 and 303 go right through the center of our city,” the Mayor points out. “It is really an advantage. Workers can go in whatever direction they want to go for work in the metropolitan area.” Major companies have also been attracted to Goodyear’s many benefits, and the city is home to a number of household names including Amazon.com, Lockheed Martin, Sub-Zero, Cancer Treatment Centers of America, Macy’s-Bloomingdales, AeroTurbine, Dick’s Sporting Goods and more.

Goodyear’s very existence is actually rooted in business; the community is part of the 16,000 acres that the Goodyear Tire and Rubber Company purchased to grow Egyptian cotton in 1917, back when rubber airplane tires contained the material. The company needed a place to grow Egyptian cotton domestically, as overseas sources were struggling with war and disease, and the West Valley proved an ideal growing location.

Goodyear maintained a strong aviation sector presence even after cotton tires became obsolete. During WWII, the Litchfield Naval Air Facility and the Goodyear Aircraft Corporation located there, employing as many as 7,500 people at one time and supplying dirigibles for the war effort. After the war, the Naval Air Facility served as a storage base for thousands of World War II aircraft that were mothballed and salvaged. In 1963, the Goodyear Aerospace Corporation replaced the Goodyear Aircraft facility and in the ensuing years, through multiple mergers and acquisitions, eventually became today’s Lockheed Martin Corporation.

Aerospace and aviation continue to play an important role in Goodyear’s economy and the city is home to a number of key companies within this sector. AeroTurbine is a leading source of airframe and engine components, aircraft engines, and management solutions. Lux Air Goodyear leases out space in its hangar, provides ground support assistance for all types of aircraft, and is a System Aircraft and Maintenance Control (SAMC) facility for United Airlines. Airline Training Center Arizona (ATCA) is a world-class pilot training facility and the training site for all Lufthansa pilots as well as the Luftwaffe (The German Air Force). CTC Aviation delivers aviation training and management solutions, while Galaxy International specializes in a wide range of repair and test services for aviation accessories. In addition, Luke Air Force Base – the largest fighter-training base in the world – is located just one mile north of Goodyear.

The city government has worked hard to maintain and strengthen Goodyear’s aviation sector. For example, when Lockheed Martin announced that it would have to shut down its Goodyear operations due to budget cuts, the Economic Development team sprang into action. “We got right on the ball,” says the Mayor. “Our Economic Development staff did a great job. We flew to Fort Worth and asked if there was a component of Lockheed Martin that we could save so we could still have the name Lockheed, because they were such a big part of our city.” The team prevailed, managing to save a department responsible for flight testing, which employs 60 engineers.

With Lockheed’s reduction in force, Goodyear now has over 450,000 square feet of prime office and industrial space available, opening new doors for incoming businesses including unique highly secured space that would provide opportunities for companies involved in data centers, cyber-security, and related technologies. “There is a great opportunity to utilize that very specialized military space that they left,” says Economic Development Manager Michelle Lawrie.

Goodyear is also focused on expanding its advanced manufacturing sector. Already home to Sub-Zero, Cornell Cookson Doors, Cavco Industries, and Schoeller Allibert, the city is looking to attract even more leading advanced manufacturers. “We are trying to bring higher paying jobs to our community,” Mayor Lord explains. “Over 90 percent of our people travel out of the city for work, so our goal is to find enough companies to come here that our people can work, live and play in Goodyear.”

Healthcare is another rapidly expanding sector. Most notably, The Cancer Centers of America recently located its Western Regional Medical Center within the city. In addition, West Valley Hospital just completed a $26 million expansion, creating a level 1 trauma center. “We have people coming from all over to this trauma center – and they still have room to grow.” The city is also looking to grow its retail and entertainment sectors. Efforts have already proved successful, and Goodyear will boast Estrella Falls Mall, the next super regional mall in the Phoenix metro area.

Goodyear has a number of incentives in place to encourage businesses within the city’s target sectors to move into town. “We are very aggressive in our business policies,” Mayor Lord remarks. “We are really working on making sure that we have those businesses and high quality job opportunities,” Ms. Lawrie adds. “That is what we are really focused on right now.” For instance, the city has developed a Foreign Trade Zone to supply important tax breaks to eligible companies. Goodyear also has a Military Reuse Zone, which is relatively rare. “There are only a couple places in Arizona that have it, so it makes Goodyear pretty special.”

Of course, Goodyear supports small startups in addition to major corporations. For example, the city recently launched a business incubator in association with Arizona State University to provide free entrepreneurial support in a shared workspace. “It is really important to build small businesses and entrepreneurship,” Ms. Lawrie states.

One of Goodyear’s greatest small business success stories is Prime Solutions Group. This aerospace and defense consulting contractor started in a garage, expanded into an airplane hangar, and has now leased a 10,000 square foot space at the former Lockheed Martin facility. The company has also secured an innovation grant through the Department of Defense and is engaged in exciting research involving the nation’s missile defense system. “Our star this year is Prime Solutions Group,” says the Mayor.

Remarkably, more than 80 percent of Goodyear’s 190 square miles of land is still available for development, including 5,000 acres ideally located within five minutes of the I-10 freeway. With plenty of prime real estate up for grabs and a future thinking City Council leading the way, all of the pieces are in place for Goodyear’s continued success.

“We are really in a good place right now,” remarks Ms. Lawrie. “We’ve got the infrastructure, the skilled workforce, and the educated population that companies need. We are really excited about what the future will bring.” 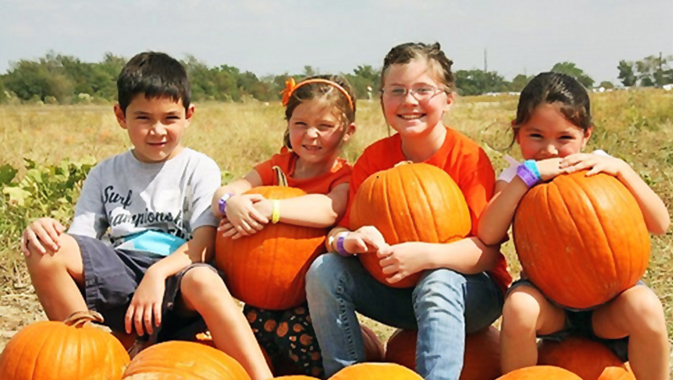