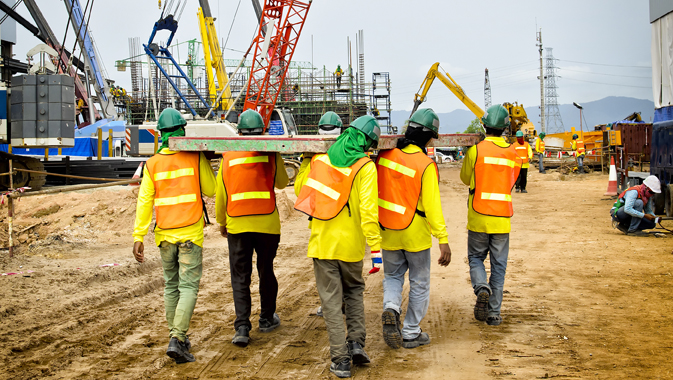 Rankin Construction was established in 1978 and has grown significantly over the years, expanding from its head office in St. Catharines, Ontario. New offices have opened in Kincardine, on the shores of Lake Huron, as well as Hamilton, to service the Hamilton/Burlington area. Projects will often take the company across southern Ontario.
~
Rankin Construction is proudly family-owned, boasting well over 300 employees – a number that fluctuates with the seasons. The company provides quality, dependable, heavy civil construction services, in diverse areas such as roads, bridges, sewers, water mains, marine applications and, more recently, the renewable energy field.

What started as Stephens and Rankin Inc. in 1978 became Rankin Construction in 2001. Recognizing the generational efforts of the Rankin family involved in the company’s success, Tom Rankin, chief executive officer of Rankin Construction, wanted to acknowledge his children: Wendy and Brian. Wendy Wing serves as vice president and chief financial officer, and Brian Rankin is the company’s president.

The company has been able to find balance, ensuring scalable growth while maintaining the family-run business feel that helps to contribute to its unique character. Employees of Rankin Construction are highly regarded. “A company is only as good as the people that comprise its workforce,” says Mr. Rankin, crediting the diversity and skill that his employees bring to the company.

By retaining quality employees and simultaneously enjoying a low turnover rate – especially for the construction industry – Rankin Construction guarantees quality output. It does work of which it can be proud, in safe and positive working environments. Management is accessible, and decisions are made quickly to ensure effective communication across the organization, resulting in an efficient workflow.

With its expansive capacities, willingness to take on new and challenging opportunities and its reputation for quality, it is no wonder that Rankin Construction has many long-time employees. Young people who join, meanwhile, can envision a long and stable future with the company.

As Vice President Mark Cahill shares, “We are a family-owned company, and it is my belief that we can all talk to each other. We are not a giant corporation where it’s all about the bottom line. The company is very good to its employees, and in turn, the employees are very good to the company.”

Rankin Construction has created an environment of leadership in which the company willingly acknowledges alternatives and diversifies to solve problems. It is service diversity that has helped the company to become a leader. With its Thorold Asphalt Operations, in addition to its Port Colborne Quarries, Rankin Construction can now produce a much larger quantity of asphalt and can travel longer distances with it. The added benefit of producing its own aggregate for the asphalt increases its overall competitiveness in the market. Rankin Construction also has affiliates, Rankin Renewable Power Division and Decew Construction.

Rankin Construction boasts a stellar safety rating that has been proven on each project it undertakes, no matter how large or how small. The company’s health and safety manager ensures that employees have the necessary training. Rankin is also willing to invest in an employee’s professional development such as estimating courses that individuals can take to improve their capacities.

Rankin Construction is committed to environmental initiatives, including its own Rankin Renewable Power Division. Jordan Beekhuis, project engineer with Rankin, elaborated on how Rankin became involved in the renewable energy sector and the internal initiatives taken in the interest of environmental sustainability.

Beekhuis explains Rankin Construction’s professional and personal motivations for entering into the renewable energy sector: “As a civil contractor, we had the opportunity to build the roads and foundations for the first commercial-scale wind farm in Ontario and diversify into this new industry. Rankin is a family-run company, and the personal concerns of its owners for the health and wellbeing of their children and grandchildren drove us to actively engage in this industry and develop expertise in it.”

Rankin Construction has become a specialist and a leader in the renewable energy sector. Rankin owns wind, water and photovoltaic power projects, partnering to generate emissions-free electricity for over one thousand homes in the Niagara region. It has also helped to construct significant projects throughout Ontario.

Citing these moves as just good business sense and as the driver to move towards sustainable practices, Rankin has worked hard to neutralize emissions from its construction equipment fleet. “Our construction equipment is usually turned over every three to five years, so we have very little old equipment that is not running well and not efficient. We’re always trying to get more fuel efficient and cleaner burning equipment,” adds Cahill.

The company has also worked to cement relationships in the industry, establishing a strong network of subcontractors and working with others who share the vision and desire for quality and success. Its pride and joy at the moment is the joint venture it undertook with Ball Construction: the Meridian Centre in St. Catharines, Ontario. In fact, Rankin donated the arena’s two pedestrian bridges that it felt were necessary from a design standpoint but were not in the budget.

Rankin’s commitment to quality and the environment was recognized as its work on the Chedoke Creek Project won it the 2008 OPWA (Ontario Public Works Association) Project of the Year – Environmental. This $2.3 million project worked to reduce bank erosion and improve slope stability of the Chedoke Creek near the former West Hamilton Landfill. The company installed over half a kilometre of leachate collection pipe and geosynthetic clay liner along the banks to prevent leachate from entering the water.

Similarly, the company’s work at The Bruce Nuclear Power Development site is a testament to the work it does. The site is home to Ontario Power Generation (OPG), Hydro One and Bruce Power projects. In 2000, Rankin was invited to the site by a consulting firm for which it does business. In 2001, Rankin began taking low to intermediate level radioactive waste out of the ground.

Rankin Construction worked together with OPG and the contracting team to ensure project success and, in this case, safety. The company was a crucial part of the design, preparation and successful construction of concrete containers that allowed for the storage of radioactive waste, encapsulating it. Waste containers were then stored in a specifically constructed storage facility provided by OPG.

Rankin finished ahead of schedule and significantly under its dose budget. (In a nuclear facility, this is a tool to manage the collective radiation exposure dose incurred.) The company used only twenty-five percent of the budget for the construction forces, consulting forces and the radiation safety team and had no safety or radiation issues reported by the time of completion.

“Our role in it was just typical construction work, except for the fact that we had to rethink everything in terms of how you get near radiation,” explains Cahill. The team designed and built special shielding collars for the excavation process.

Cahill is very proud of the company for which he works. Rankin Construction gives back to the communities which it calls home, making significant contributions to a number of charities and initiatives throughout the Niagara Region. It has celebrated the tenth year of the Rankin Cancer Run, an event which is led by Run Director Mary Ann Edwards. The company also supports events such as a bonspiel and a golf tournament, in addition to fundraising for The United Way. The Rankin family and Rankin employees are significant contributors in efforts to improve community wellbeing.

Moving forward, Rankin Construction intends to uphold quality and safety in all of the work that it does and maintain profitability while it continues to give back to its community. The third-generation of Rankin family members who are now entering the business, also have a vision for the future to keep Rankin Construction growing and prosperous. 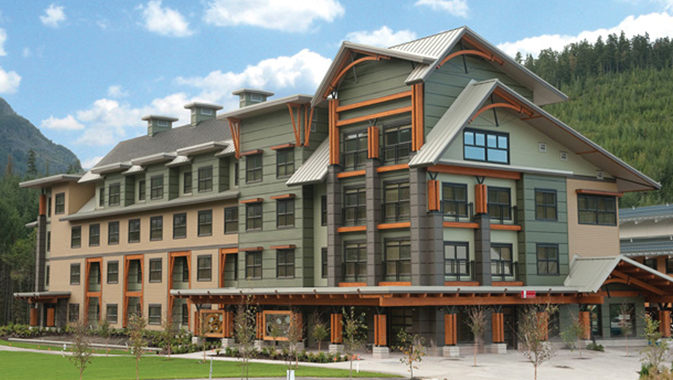