Modular Building for the 21st Century 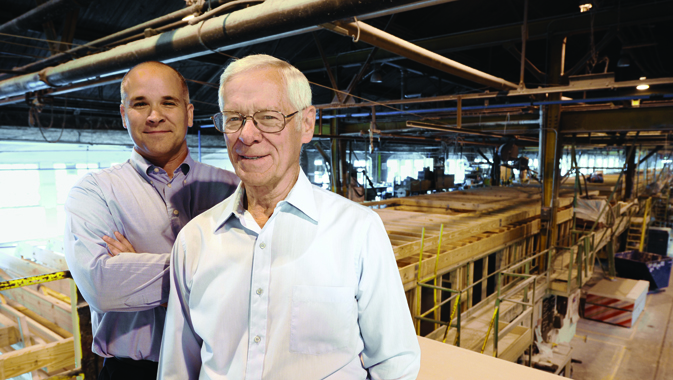 Deluxe Building Systems is a modular manufacturer that has taken the promise of modular development to new heights. Specializing in steel and concrete multi-unit projects, Deluxe has revolutionized the potential of the modular industry by translating prefabricated structural systems to new innovative environments.
~
With a long history in the modular industry, Deluxe offers insight into the growing demand for modular solutions.

Deluxe Building Systems was founded by Donald E Meske in 1965 and, like most traditional modular manufacturers, the company started out building single-family homes with a network of builders. Throughout the mid to late 1970s, Deluxe moved into multi-family projects, which included townhouses and small apartments.

By the mid 1980s, Deluxe Building Systems moved into an area of modular development which had been previously untouched. With years of experience in modular building, Deluxe saw a gap in the market and jumped at the chance to accommodate the demands of the changing industry. The company began to produce steel framed modules for urban environments, pioneering a new era of modular development.

During the mid 1980s and through to the 1990s, Deluxe manufactured modules for over 4000 units. By the mid 90s the company had grown and developed a fully non-combustible module structure, opening a new realm of possibility for mid-rise projects. After contributing to major works in the northeast U.S. and even a project for a Sandals Resort in the Bahamas, the firm had solidified its place as an industry leader within this specialized market.

Today, Deluxe Building Systems is a premier modular manufacturer, serving the unique needs of multistory structures, hotels, and student housing. Backed by 50 years of construction experience, Deluxe has not only the technical capabilities but also the hands-on knowledge to provide modular solutions to the unique challenges posed by high-rise and multi-unit construction. Unlike some other modular manufacturers, Deluxe approaches building from a construction expertise standpoint, giving contractors not only the materials, but the insight necessary to go modular. From Philadelphia to Boston, Deluxe Building Systems’ steel and concrete, non-combustible modular units serve as the bedrock for many innovative developments in the northeast.

An Innovator in Modular Construction
The company’s long history in the modular building industry and its unique approach to holistic manufacturing has defined Deluxe’s place in this growing market. Through creating integrative processes, Deluxe has expanded the potential of system-built construction, bridging the often-detached worlds of factory and field.

Deluxe Building Systems’ nearly 400,000 square feet of manufacturing space includes a 250,000 square foot climate controlled production facility, which centralizes the process of production, thereby removing the risk of environmental or logistical delays. As Deluxe is able to facilitate the entirety of the modular process from a single location, quality monitoring and performance testing are centralized, ensuring projects are completed to precision. John Erb, Deluxe Building Systems Vice President of Sales and marketing explains that, “our focus is always consistency.”

Developing modular solutions for mid and hi-rise, along with multi-facility projects poses unique challenges, which is why Deluxe Building Systems is a niche provider. In urban and multi-story projects, non-combustibility is a crucial component and Deluxe was one of the first to employ the technology necessary to meet this challenge. The team created its first non-combustible building in the mid-1990s and non-combustibility has been their primary focus since 2009. “We are able to go into New York City when most of the other manufacturers can’t because everything has to be non-combustible; we have the capability to offer that,” says Erb.

‘The Stack’ is the company’s most recognizable project to date in New York City. Working closely with a large network of top industry leaders including JMB Associates, Gluck +, and The Harman Group, Deluxe was able to prefabricate the seven-story structure in the company’s Pennsylvania-based facility. After prefabrication, about 30,000-square-feet of the steel and concrete structure was erected at its Upper Manhattan location, now standing as a tall and stable illustration of the future of modular construction.

Deluxe Building Systems’ work on the Stack is impressive, but the company has also carried out major student housing projects as well as modules for many other apartments, condominiums, and other commercial works in the northeast.

Why the World is Going Modular
In the last decade, modular construction in the multi-family and commercial arena has gained substantial industry recognition. Although the practice has been around for decades, the turn toward modular structures has taken precedence in the past few years. It is widely understood that modular building techniques can be superior to stick-building and other traditional system-built approaches, but in recent times the extent of these benefits has come into focus.

Modular construction has been acclaimed for its quick turnaround times and associated return on investment, but for many years modular building was applied only to single-family homes. The last half century, however, has seen a transformation of modular building in the U.S.

The Deluxe Difference
Despite the popularity of modular building, few modular firms are able to provide construction insight or knowledge as they operate solely in a manufacturing capacity. Deluxe Building Systems has broken the mold, as the firm’s staff comes from a wide array of construction backgrounds including contracting and architecture. “Even though we are a modular manufacturer, we think like a construction company; we even use consultants like Tangel Engineering to assist us with MEP systems,” explains Erb.

In this way, Deluxe surpasses expectations in terms of service, providing clients with not only high quality modules, but insight into the most efficient integration of modular design. As Erb explains, “We are going to sit down with you and help you work through the project in the most efficient way – be it time to build, method to build, or cost to build it, we are going to help you work toward the best outcome possible.”

Deluxe’s in-house capabilities are comprehensive and streamline the overall management process, which ensures not only the highest quality results, but also the highest level of budgetary efficiency. As Erb says, “You can have it built faster and move people in sooner, and in the end that’s going to save you and make you money.” This central management structure allows clients to work closely with the manufacturer to dictate the financial demands as well as the design aspects of the project. “We are able to sit and technically evaluate a project, where a lot of modular manufacturers don’t have that technical knowhow; that’s something really unique that we bring to the table.”

Since Deluxe is not constrained by the limits of the natural environment or outside labor forces, the company is able to adhere well to timelines and financial limits. In terms of quality and return on investment, Deluxe’s offerings are unparalleled by any traditional approach available to the multi-unit market – but the benefits of a modular approach extend beyond quality construction.

When it comes to weather protection, fire protection and reliability, Deluxe Building Systems’ modular designs continue to bypass their counterparts as a result of this attention to detail. As the construction industry becomes increasingly concerned with low-impact processes, modular building has emerged as a clear leader in terms of environmental sustainability. Deluxe Building Systems’ modules generate fewer emissions, produce a gentler impact on natural surroundings, and create an overall cleaner air quality within structures.

In terms of both quality to quantity, modular solutions are the reigning champion. As the modular building sector progresses, Deluxe Building Systems promises to remain a leading innovator, leaving its mark on our skylines for years to come. 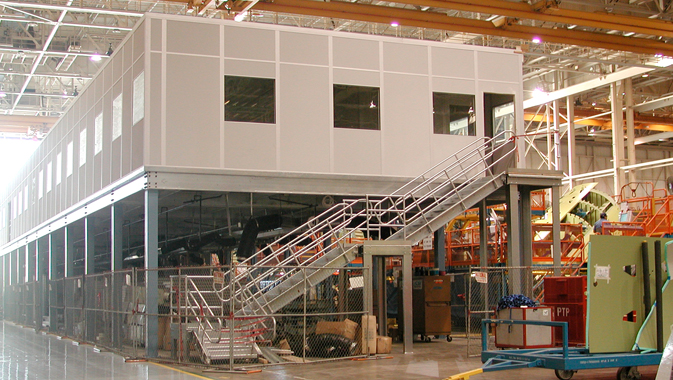