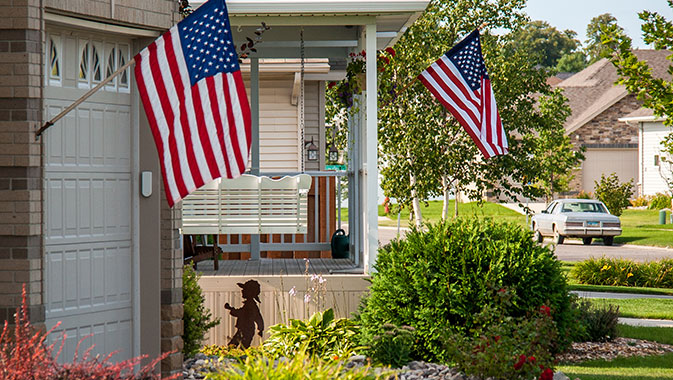 It was Theodore Roosevelt who affirmed that it was his experiences in North Dakota that led to his presidency in 1901. North Dakota left an indelible impression on the 26th President of the United States, so much so that he became known as the “Cowboy of the Dakotas.”
~
North Dakota continues to impress and garner national interest, as evidenced by recent U.S. Census Bureau findings. The state grew by more than two percent between 2011 and 2012, representing a growth rate three times above than the national average.

Proud of its contribution to this statistic is the city of West Fargo, nestled in the state’s east, recently awarded North Dakota’s city of the year in 2013 by the North Dakota League of Cities, and for good reason. The city offers an excellent business climate with a cost of doing business 15 percent lower than the national average.

With a population of over 30,000, West Fargo, founded in 1926, is located in Cass County and a little over five miles to the west of Fargo (population 114,000), the state’s largest city. The city lies to the west of the Red River, which divides the States of North Dakota and Minnesota, and is part of the Fargo-Moorhead, Minnesota Metropolitan Statistical Area.

Much of this growth is attributed to a rising population of school aged students, which in turn reflects rising numbers of young workforce members. In 2014, more than 500 new students were enrolled in the city’s school districts with a projected rate of over 500 additional students each year for the next five years.

“Our population is trending younger which is pretty unique to the rest of the county and a lot of areas that aren’t major metropolitan areas,” says Marshall. “This is a fabulous thing for the future of our community.” Mayor Mattern concurs, adding, “There is no school district in North Dakota that is growing as rapidly as ours. The city as a whole has been doing very well. We’re very proud of that.”

A New Economic Frontier
Traditionally a blue collar town, West Fargo has transitioned into a city of diversity, offering opportunities in manufacturing, agribusiness and agricultural research, healthcare, education, retail, tourism and technology. The city’s unique business-friendly environment is the result of a number of incentives offered to not only attract but retain new prospects.

The West Fargo Economic Development Committee, governed by the City Commission, works diligently to ensure that local businesses, helping to diversify the economy, see themselves as appreciated and welcomed into the community. “We have the opportunity [whereby] we can cater different incentives for different businesses and we can be flexible,” explains Marshall. “A lot of our incentives that we give are based around property tax exemption; but there are certain situations where we can do other creative things depending on the business need. There are some state programs that we can apply at the same time as the local incentives. A lot of that is based on this Commission’s understanding and their leadership.”

It’s all essentially situational, he says, and the city takes an aggressive approach to work on behalf of businesses and support their growth. Every effort is made to find “a good fit” for businesses that offer diversity in the marketplace. “If there’s some gap that needs to be filled, [the Commission] works on their behalf.”

The Greater Fargo/Moorhead Economic Development Corporation represents West Fargo in Cass County and Clay County (Moorhead) in Minnesota. The larger regional group, the Valley Prosperity Partnership (VPP) was established in 2013. Comprised of economic developers, community leaders, and private sector businesses, to name a few, the goal of the VPP is workforce development through strong partnerships to realize the vision of a common goal – sustained economic growth.

“Both of those initiatives are great partners for the city of West Fargo,” explains Marshall. “One of the nice things about them is that they all really fill a needed role. The VPP are looking at a very large scale and the Cass and Clay Counties, of course, look at a smaller scale. We focus locally here.”

Mayor Mattern notes that, “One of the nice things that we have is one of our biggest problems. We have an incredibly low unemployment rate… one of our main goals is to recruit workforce… we all work together and we’re making progress.”

He explains that there is a misconception about relocating to North Dakota that needs to be clarified. “We have many more outstanding jobs than people to fill them,” he emphasizes. “That is the big issue everyone is working on. They’re good jobs; they’re high paying jobs. You can make a very good living and have a good life here. We just need to get that workforce here and convince people that this is really a good place to live.”

Marshall agrees, affirming that, “We actually have more open jobs in this County than they do anywhere in the state… it’s in all sectors where the needs are. We have skilled trade needs, manufacturing, retail – you name it.”

An Efficient Transportation Corridor
West Fargo is ideally situated near the I-29 and I-94, allowing easy access of goods from three Industrial Parks, all tax increment districts that build to suit, including the Butler Industrial Park, Sterling and Midland. All of these Parks enable access to these corridors offering “excellent routes in and out of the community. They go north to Canada or south to Texas and east and west as well.”

Hector International Airport, located seven miles from the city, is served by Delta, United, and American Airlines, to name but a few, offering both national and international flights. Fargo Jet Center Inc. operates North Dakota’s largest charter aircraft fleet and provides management services as well as being an aircraft dealer. Also available are the Moorhead and Hawley Municipal Airports.

A Highly Valued Sector
The region is home to several colleges and universities, and enjoys strong investment in education. North Dakota State University, Rasmussen College, University of Mary Fargo Center, and Tri-College University are located in nearby Fargo. Close to $180 million in funds has been approved for public universities and colleges statewide, along with $12 million for research projects signifying the critical role these educational institutions play as key drivers to a well educated workforce.

Businesses in West Fargo are supporting the role of educational institutions by stepping up to the plate to encourage higher education. “What a lot of people don’t know about some of the businesses here is that a business will take a prospect and if you commit for three or four years, they will pay for tech school or college,” says Marshall. “You don’t hear about that employment development program throughout the rest of the United States in the way that they do it here.”

In order to address the growing needs in the technological sector, the recent “Education that Works” initiative plans to invest resources to heighten community awareness, increase teacher development and prepare the youth of today for the workforce challenges of tomorrow. This initiative is in collaboration with the Fargo/Moorhead Economic Development Corporation, Moorhead and West Fargo School Districts, and the United Way of Cass and Clay Counties. An investment of $25,000 from Xcel Energy, a supplier of electricity and natural gas in the state, kick started the initiative in 2014.

Both Mayor Mattern and Mr. Marshall agree that West Fargo is a great place to call home, a close knit community that offers a quality of life unsurpassed anywhere else. Says the Mayor, “I always like to think that neighbor watches out for neighbor. It’s welcoming to everyone. We’re a hidden treasure that people need to explore.” 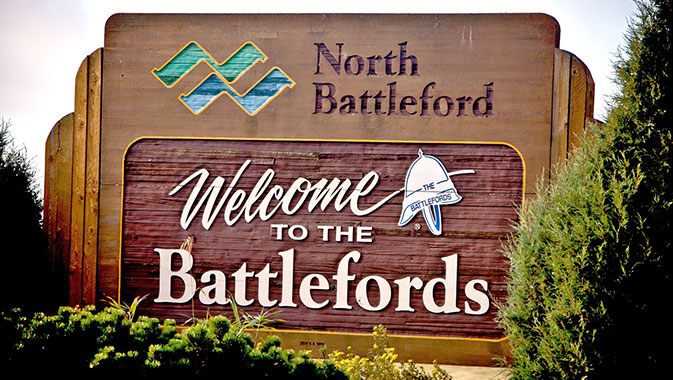