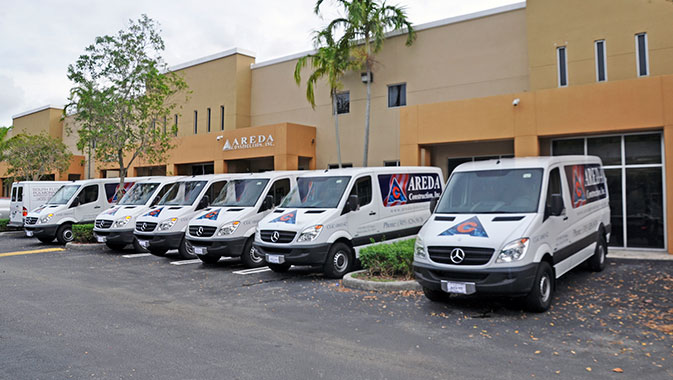 Areda Construction, Inc. is a true representation of the American dream. This particular dream began in 1994, when Founder and Principal Armando Alonso dared to hope for a better life and risked everything to escape from Cuba to America during the Cuban Rafters Crisis.
~
Approximately 35,000 Cubans are known to have attempted the perilous journey during this exodus, many aboard flimsy, homemade rafts. Untold numbers perished at sea. But Mr. Alonso was fortunate; his risk paid off, and after languishing for a year in an immigration detention center, he set foot on American soil, ready to forge a new path and realize the American dream.

An experienced civil and mechanical engineer in Cuba, Mr. Alonso sought out construction work immediately. Within ten days he had landed a job in the industry. The following year he launched his own company and by 1997, Areda Construction had landed its first client. “We started with just one job, just one client for one year,” Mr. Alonso recalls. “By 2002, we were running about 10 jobs at the same time. The company was on a very fast track.”

Soon, Areda was working with some of the biggest industry names in the South Florida market, such as A&F Group, Bovis Lend Lease, Plaza Construction, Balfour Beatty, Moss & Associates and Suffolk Construction, to name a few. By 2005, the team was running 16 jobs at a time, and the company was turning over tens of millions of dollars. Mr. Alonso was living the ultimate American dream.

How did Mr. Alonso transform from penniless refugee to the owner of a multimillion dollar business in just a few short years? One obvious answer is hard work, and lots of it. “We are very dedicated. We spend a lot of time – starting with me, the owner of the company. This is not a company where the owner is playing golf or fishing. This is the type of company where the owner spends 12 hours every day making sure that everything is executed the right way.”

A key part of the company’s plan was to fill a gap that Mr. Alonso noticed in the South Florida market as soon as he started his first job there. “When I came to United States in 1995, I immediately realized the lack of professionals that were working on site.” As an engineer, Mr. Alonso knew that construction companies would benefit from having good professionals on site. And, he knew that there was plenty of underutilized talent in the South Florida market, due to the influx of Cuban and Latin American professionals like him. “So the vision of the company was to bring those professionals – all those engineers and architects – to my organization and put them in the operation of the company. That was one of the principles at the company that I wanted to accomplish.”

Areda Construction’s experienced, professional team continues to differentiate the company to this day. “Today, in any department – preconstruction, engineering, management, supervision – and in any job, we are staffed with engineers and architects that know about construction very well.” Clients can rely on the team’s expertise, and appreciate being able to count on Areda Construction for a full, end to end, solution. “We do our own engineering in-house,” Controller Annia Hernandez points out. “This distinguishes us from many other companies. And we have very well-trained engineers that provide that service in-house. Our customers like that very much.”

In particular, clients like that Areda’s in-house engineers are able to save them money while still maintaining close attention to detail. “Right now, a lot of owners and developers are looking to save as much money and time as they can and that is one of our biggest strengths,” Mr. Alonso explains. “With the professional engineers that we have in-house, we can value engineer the project and hopefully save the owner time and money.”

Stacking the company with professionals also allows the team to utilize the latest, most advanced technology. Throughout a project, from preconstruction to daily management and supervision, Areda Construction relies on 3D modeling and other complex software to ensure the best outcome. “Anytime we present to our client, they are very impressed with our preparation and very high standard of presentation of the project,” Mr. Alonso reports.

The team continues to adopt new technology as soon as it is released. “We are always looking for the most advanced systems and equipment to incorporate in our operations. We are always looking [to improve] efficiency. That is very appreciated by our clients and that is why Areda has been demanded very highly by our clients and by South Florida in general.” In order to stay on top of the latest technological breakthroughs, the company has sent its engineers and architects to Germany to train with the software companies that are actually developing the new systems. “We are constantly updating our employees in the new systems,” Mrs. Hernandez adds.

Areda Construction also works hard to maintain the company culture and values. “There is a very specific code of ethics and training that everybody has to go through,” says Carlos F. Giron, Areda’s Vice President of Business Development and Marketing. “One of our biggest principles and values is integrity. That is very important.” Areda’s family atmosphere is also very important to the company. Employees must be able to uphold these foundational principles to be considered. “When Annia starts looking at the people [to hire] that is definitely one of the most important factors,” Mr. Giron explains.

Areda Construction’s strategies helped the company skyrocket to success, but could not make it immune to the recent recession and real estate slump. “There was definitely a big crisis in South Florida,” Mr. Alonso remembers. The team took a pragmatic approach and looked beyond the local market to find greener pastures. An ideal opportunity arose in the Dominican Republic and the company was able to ride out the crisis by constructing a high end development there. “That was a very good transition from South Florida,” Mr. Alonso says. By 2011, the South Florida market was picking back up and Areda Construction returned, immediately scoring a coveted project building an Ikea store in Sweetwater. “Ikea, our first project back, gave us the opportunity to get back into the market,” Ms. Hernandez recalls. The team won a condominium project in Miami Beach soon after, which they are finishing up now. The condominium project raised Areda’s profile enough to win a $19 million job with the Ritz-Carlton Residences in Miami Beach, securing Areda Construction’s return to the South Florida market. “One of the most successful aspects of the transition was the fact that Armando was able to retain some of the top management that he had before he went to the Dominican Republic,” Mr. Giron says. “That was crucial for him to know that he had the right foundation of management team getting back to work.” This management team returned with not only their expertise and talent, but with their strong values as well, ensuring that Areda Construction has retained its family-like company culture and commitment to integrity. This management team was able to train the new employees and professionals on the hard-working culture of the company.

The team is optimistic about the state of the industry. “Right now, the industry is back in a construction boom,” Mr. Giron reports. “I hate to call it that because we had so many negative effects from the last one; however, I think that the industry is looking at it in a different way [this time]. I think that the growth that we had in the early-mid 2000s was a little irresponsible; the financial institutions had a lot to do with that. Now things are a little different. The owners and the developers have a different process of selling condo units. On many projects, they are asking for more than a 50 percent down payment from their buyers, which is something that did not occur back then; back then too many people that had no business investing in these condos were giving a 10 percent down payment, mostly from the proceeds of their own home equity lines, with no intention of actually purchasing the properties, but rather flipping them quickly for a profit. Banks are not lending so freely today, so I believe that this time around we are going to sustain it much better, be a little more fiscally responsible.”

Areda Construction is taking a careful approach to ensure ongoing success, regardless of how the current boom plays out. “There are a lot of projects breaking ground at the same time now, so labor has already become a real issue in the industry,” Mr. Giron points out. “And I believe something that separates us from the competition is the fact that we are not going after every project out there but rather being very selective about who we work with and doing the extensive and detailed pre-qualification process to assure we choose the projects that cater to our strengths. We are trying to grow responsibly. We are trying to get quality work and not quantity. We want the Areda name to be synonymous with top quality.”

With a solid plan in place, Areda Construction is prepared to stay on top, even after the current boom levels off. “One day this bubble is going to burst again, and we want to make sure we are on the short list for every General Contractor due to the quality of work that we have performed,” says Mr. Giron. Staying on that short list seems like a sure thing after all that the team has accomplished. From refugee to owner of a thriving construction business, Mr. Alonso has led the company from success to success – and captured the American dream in the process. 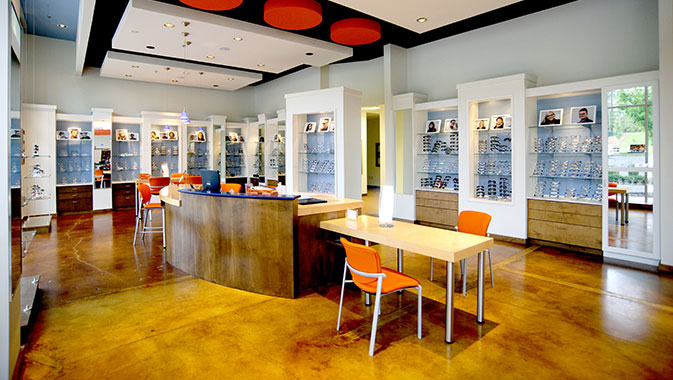