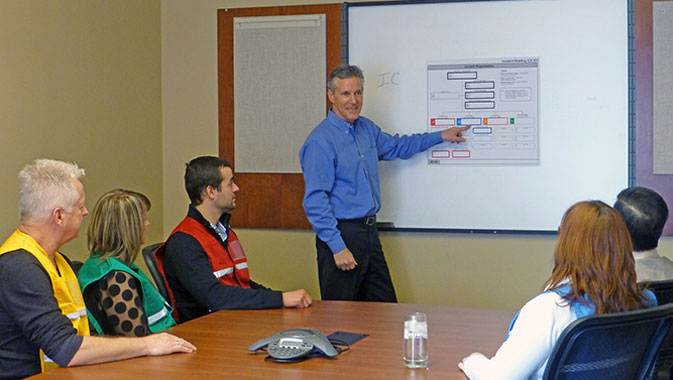 Calgary-based Behr Energy Services Ltd. started as an oil service company but, while that is still part of the business, the consultancy firm has since branched into emergency and risk management. Over the past ten years, growth in the industrial sector has been significant, and as of a few years ago, Behr has entered into the municipal arena. Business in Focus spoke with company President Todd Wilson to find out more.
~
Behr started on the operations side of the oil and gas sector, providing engineering services and completion programs. As part of this, it dealt with well site supervision and regulatory compliance issues. At the time, the company had a strong background in sour gas operations. Back in 1984, the Energy Resources Conservation Board (now called the Alberta Energy Regulator) came out with regulations in response to blowouts that had occurred in some previous years from sour wells.

“There is a public safety issue associated with it, and they felt that the industry needed to do a better job,” says Wilson. Behr started to prepare emergency response plans and public safety management strategies to accommodate the regulatory requirements. As time went on, skill sets grew in both departments: operations and safety.

“We started to gain clients that were not necessarily interested in both sides of the coin, so before we knew it, the emergency planning process was growing,” Wilson explains. “When the company started in 2003, we found, right out of the gate, that we had a lot of interest in the emergency response side of our services.”

The operations side of the business is still functioning. For example, Behr works for some substantial clients who deal in gas storage including companies that use salt caverns for their storage facilities. As such, Behr offers a speciality in understanding the complexities of downhole cavern work. These caverns would be close to 100,000 cubic metres, and so are large vessels for bulk storage. “That peak demand in the industry can be accommodated by opening a valve at the cavern facility and quickly supplying gas,” Wilson shares. “Or, if demand is down and production is up, they can become storage vessels.”

Many of Behr’s clients are adequately staffed for the drilling operations services, but rely on consultants for emergency planning services. The operations side of Behr shrunk accordingly, and it is now focused primarily on emergency management.

If a substantial amount of sour gas is released, a strategy has to be in place to ensure public safety. Although Alberta is awash in sour gas, the industry generally has managed the risk quite well. Although there have been worker deaths, there has never been a fatality of a member of the public. “This does not mean, however, that there is not a possibility for something to happen; there have been events in other countries with a substantial impact on the public,” says Wilson. “Needless to say, companies have plans in place, and along with increasing regulations, the competencies and response capabilities of the industry is ever increasing.”

Regulations have come from a number of boards and regulatory commissions over the years. These regulatory drivers exist to ensure that a plan is in place to respond to an industry-related event that may affect worker or public safety.

As Wilson explains, when one gets into the emergency response business, the range of potential issues expands. It is not just sour gas, but any hazard that could affect the public. For example, a site may have propane and other liquefied petroleum gases on site and may need to address public safety associated with those hazards. If an industry has a risk associated with it, then a process has to be put into place to determine the impact of said risk. A risk analysis is conducted and planning enables a company to respond to that hazard should it occur.

Behr also helps clients understand specific tactical responses or source control issues. In emergency planning, a team of people reaches out with an on-site management system called the Incident Command System (ICS). Command staff and general staff are there to assist and support the Incident Commander in accomplishing goals and objectives to protect the safety of the public.

Behr’s team also assists clients in preparing for the tactical response. For example, the team prepares “Pre-fire” plans that address the firefighting strategy should a fire occur at a facility. “The plans supplement the Emergency Response Plan. The emergency response plan doesn’t necessarily drive down into the detail about: ‘How do I fight fire? What specific fire equipment should be used or what specific spill response equipment should be used?’”

Behr’s roles have expanded far beyond its origins in drilling operations. In fact, most of what it now does relates to fixed facilities like gas plants, refineries, oil sands, mines and upgraders. All have hazards and hazard planning zones. Some of these complexes are large enough, with enough risk exposure, that there is a need for onsite fire departments. Behr will provide an assessment of what equipment exists, whether it is adequate, what support is needed and what training is necessary.

Behr deals with upstream, midstream and downstream oil companies. Upstream deals with exploration and drilling / production systems; midstream deals with transporting it from those facilities to the market and the downstream deals more with marketing, but will include things like refineries. “For example, we might be sending crude oil that is ready for a refinery from the upstream side and transporting it via the midstream,” Wilson explains. “But then it will go to a refinery which turns it into gasoline and then into diesel fuels and various marketable products, which is part of the downstream industry. Then the actual marketing of venues like gas stations are all part of the downstream side of the industry.”

In the downstream world, Behr’s emergency management focus has been on the larger refinery-type facilities rather than the service stations and distribution centres. Outside of the oil and gas industry, Behr has helped municipalities look at fire response services. Behr examines response time, station locations, what the risks are and how the departments can operate more efficiently. Reviews have been done for the cities of Penticton, Airdrie, Cochrane, Calgary, Whistler and others. The company has also done a transportation of dangerous goods study for the County of Wood Buffalo.

As to growth, the things are in a slowdown. Oil prices are low and half of what they were a few months ago, and industries are downsizing. Although the company has also felt the effects of the global slowdown, it is expanding its wings and growing into new areas with some caution.

“While we are managing to expand our product line and do more services, we are also having to realize the reduced work requirements of many of our clients. They are in a situation where they have to spend less and do less, and maybe defer some projects. I wouldn’t say that we are not in a hiring mode. I’m cautiously optimistic that we will be needing to add to our staff from time to time, but we have to be cognisant of the fact that we currently are working in an environment that is in a recession.”

Regardless, the company is pioneering some exciting new developments. With emergency planning, there is a tendency contain hard-copy plans in binders, yet a paper copy is out of date as soon as it is published. The issue is how to get current information to the responders. Behr does this through cloud storage and apps. People have ready access to plans on phones or tablets, in other words, real-time information.

“We have a full GIS (Geographic Information Systems) department with full GIS capabilities in terms of their mapping applications and what they can do with maps. We also roll that into having some real time references. People can take tablet-enabled devices and import the information through our GIS department.”

When responders are in the location of a facility that has emergency response planning, they can refer to the device to see exactly where they are and where in the facility the incident might be occurring.

Technically skilled with a broad focus, Behr’s customer-focused emergency management and response planning offers up to the minute technology based on decades of hands-on practical experience. 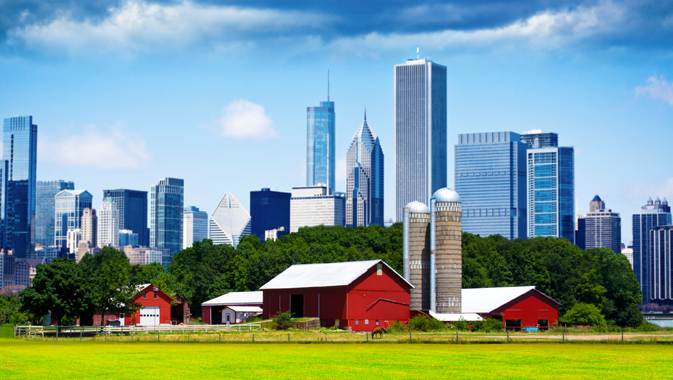