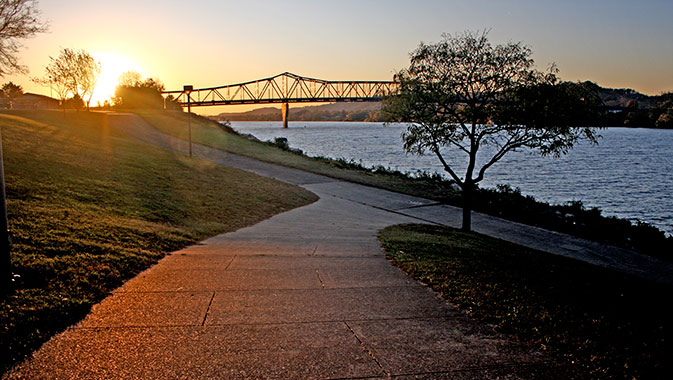 Ideally located along the Ohio River at the nation’s largest inland port, Huntington, West Virginia was once a thriving center for trade, railroad transport and steel processing. With natural resources in abundant supply, a diverse manufacturing sector also became a key player in the local economy…
~
But times have changed, and manufacturing is not the gravy train it once was. Examples abound all over town. “We used to have a glass factory,” Mayor Steve Williams remembers. “Well, not many things are made in glass bottles now. It is all plastic.” A local factory that produced automobile bumpers ran into the same problem. An ink manufacturer has managed to stay in business, but modern technology has slashed the workforce from 1,000 to just a couple hundred. As America shifted to a high-tech future, Huntington was in danger of being left behind.

City planners recognized the changing times and sprang into action to create new economic drivers for Huntington. “We have had to transform our community,” Mayor Williams says. The city drew on its strong work ethic and entrepreneurial spirit to innovate and take advantage of new opportunities. These characteristics have been ingrained in the region from the very beginning, the mayor explains, a byproduct of the hardscrabble Appalachian experience. Early settlers arrived in the area with little more than a dream and a willingness to work, risking their lives in the wilderness in order to live free on their own land. These pioneers had little access to the advantages and trade goods found in more populated areas to the east, forcing self-reliance and innovation. “They were the ultimate entrepreneurs,” Mayor Williams says. This can-do attitude endures in Huntington, and the community has managed to successfully transform itself from an industrial dinosaur to a flourishing 21st Century community.

Marshall University has been a key player in the transformation. “Marshall University is the heartbeat of our city,” says Mayor Williams. The public research university has targeted biotechnology as the region’s best bet for future economic success and is putting tremendous effort into creating a biotech cluster in Huntington. In partnership with the community, Marshall University has invested tens of millions into new biotech facilities and other forward-thinking resources during the past decade, expanding Huntington’s potential significantly.

Marshall University has also expanded the community’s tech potential with the construction of the Arthur Weisberg Family Applied Engineering Complex. As the new site of the College of Information Technology and Engineering, the $60 million facility will have the latest, most advanced equipment, creating a valuable resource for the community. “We see from an advanced manufacturing standpoint that that is going to create opportunities [to replace those] that long ago left,” explains Mayor Williams. “In order for the city to prosper, and the region to prosper, we have to link into those resources at Marshall University.”

The Robert C. Byrd Institute for Advanced Flexible Manufacturing (RCBI) is another key resource helping propel Huntington into 21st century production. RCBI brings together entrepreneurs, manufacturers, artists, engineers and academics to explore tech-based opportunities in a common workspace. “From a manufacturing standpoint, it sets us apart from most any area of the country and provides services that you would only expect to find in a larger metropolitan area,” says the Mayor.

Participants have access to the latest, most advanced maker spaces using computer-controlled manufacturing equipment and 3D printers, allowing them to utilize leading edge manufacturing resources at an affordable cost. “Manufacturers lease time on various manufacturing operations that include computer-controlled equipment with design assistance and prototyping solutions. As a direct result of this trial use of RCBI’s equipment, dozens of pieces of computer-controlled production equipment at a value in excess of $14 (M) million have been acquired by private industry in the Huntington area,” says Mayor Williams. The facilities have been used to create an astounding range of products for end users ranging from small entrepreneurs to large commercial and government primes such as NASA, the Department of Defense and the largest entertainment company in the world. RCBI also provides technical training to locals looking to start or enhance a career in advanced manufacturing and helps connect small businesses with opportunities. This combination of services has played a powerful role in the region’s recent economic development.

Businesses eager to take advantage of Huntington will find an ideal home in KineticPark, an $18 million business park located right off Interstate 64, just minutes away from both Ohio and Kentucky. Open to a variety of development, the 95-acre park includes an Amazon customer service center that employs hundreds – as well as plenty of space for incoming businesses.

In addition to remaking itself into a center for biotech and advanced manufacturing, Huntington has successfully reinvented itself into a regional health care destination. “Huntington is known as a healing place,” Mayor Williams shares. “People throughout the region and beyond come to Huntington because of the medical resources.” The community boasts two large medical centers as well as Marshall University’s Joan C. Edwards School of Medicine, the Marshall University School of Pharmacy, and doctoral professional programs in Pharmacy and Physical Therapy. “Being a healing center has helped soften the effects of the changing industries,” Mayor Williams reports, and the community continues to expand its medical facilities and capabilities.

Tourism is another sector that is gaining ground in Huntington. Located along the banks of the scenic Ohio River against a backdrop of gorgeous, untamed mountains, the city serves up plenty of outdoor recreation. Bike and hiking trails abound, and the 700-mile-long Hatfield-McCoy Trail system – one of the largest off-highway vehicle trail systems on the planet – is located within the region. Arts and culture opportunities are also plentiful in Huntington. “We are a city of museums,” says Mayor Williams. The Huntington Museum of Art rivals collections seen in surrounding cities such as Pittsburgh, Louisville, and Cincinnati, while Heritage Farm Museum and Village immerses visitors in the rich culture of Appalachian pioneers. “Heritage Farm takes people through the history of the people who settled here and [how], through their ingenuity, they not only staked a claim and made a way of life, but made their own culture and civilization here. Too often in history, the so-called hillbillies are derided. The purpose of Heritage Farm is to let people know that the people who settled this area are to be admired; these are things that we can look proudly upon,” says the Mayor. The quirky (and free) Museum of Radio and Technology boasts a collection of radios “unlike anything that you will find within hundreds of miles.”

Huntington’s festivals are also a big attraction, and run “practically every weekend,” including everything from motorboat and bicycle races to a hotdog festival and a bluegrass extravaganza. In the fall, sporting events at Marshall University provide a regional draw. “Huntington has become a regional destination,” Mayor Williams says. “People are starting to discover that we have fun things every weekend in downtown Huntington.”

Additionally, Marshall University’s new Visual Arts Center is supporting the arts in Huntington and breathing new life into downtown. The facility transformed a ramshackle former department store into a $45 million learning center complete with a gallery and retail space in the heart of the city’s central business district. “If you walk into this Visual Arts Center, you would think that you are in New York or Chicago or San Francisco because of the detail and the talent that is in there,” says Mayor Williams.

Indeed, Huntington continues to transform its economy and capitalize on its resources. The EPA just announced in March that Huntington will be one of 20 cities in America to receive a brownfield planning grant, which will be used to revitalize abandoned industrial property – and this restoration is just one of many steps the community is taking to push Huntington into the 21st century. From biotech and advanced manufacturing facilities to state of the art healthcare resources, the West Virginia city is determined to find success in the modern world. As Mayor Williams says, “We are differentiating ourselves in such a way that people recognize there is something really special occurring in Huntington.” 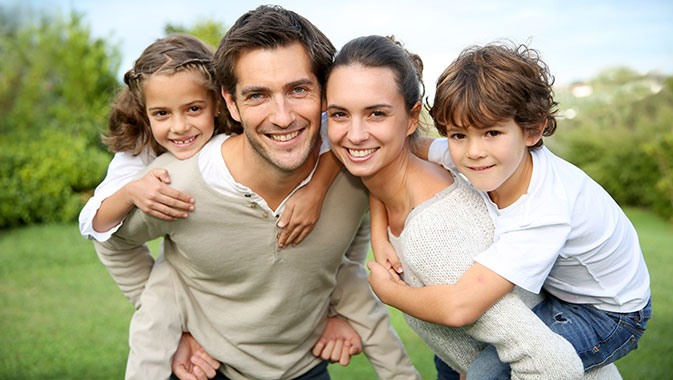 A Prosperous Economy and a Dynamic Community