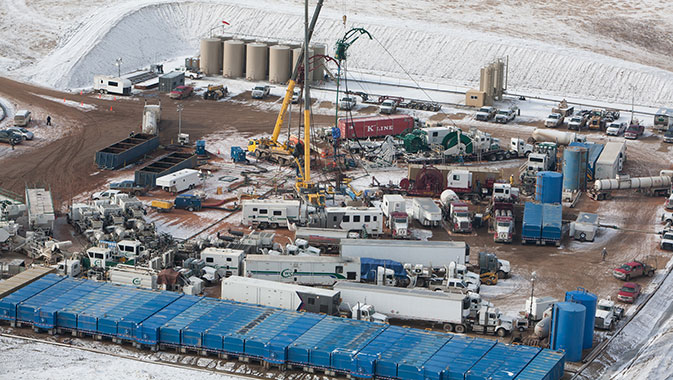 Independent technology and services company and expert in the field of multistage completions, NCS Multistage acknowledges that the fracking process can be done more effectively, safely and at lower cost than with old-fashioned methods. The company has rapidly grown in recent years and takes pride in its commitment to clients across Canada, United States, South America, Russia, Asia, Australia and other locations.
~
In less than a decade, NCS has introduced a number of extremely effective products. In 2006, the company developed a line of coiled-tubing fracturing tools for the coalbed methane gas market. Shifting its focus to the oil and gas industry the next year, NCS expanded its line of coiled-tubing-deployed frac tools and brought in a brand-new multistage frac service: the Mongoose Frac® System was introduced to the American marketplace in 2009.

Soon, the company developed and successfully tested its innovative Grip/Shift sliding sleeve, which works in conjunction with the frac-isolation assembly to eliminate the need for perforating by further streamline multistage completions.

Today, the company has created a number of unique devices, such as the SpotFrac, the AirLock Casing Buoyancy System and the BallShift sleeves system. The state-of-the-art products help customers operate more efficiently and gain measurable cost savings by using fewer resources in less time to achieve high-quality results.

“One of the big things we do is, we empower our operators with the multistage system,” says Shawn Leggett, Canadian business development manager for NCS Multistage. “With multistage, it is single-point entry, so you know exactly where you are going.”

Prior to becoming business development manager about a year ago, Leggett served as technical services manager at NCS Multistage for three years. Bringing considerable experience to the company, the seventeen-year veteran of the oilfield started on a frac crew, worked his way up to a well site supervisor position, technical service manager and then business development manager. Leggett worked as a contractor for NCS before becoming an employee and was instrumental in spearheading the growth and development of Multistage since its inception.

Formerly known as NCS Oilfield Services, the company changed its name to NCS Multistage for both its American and Canadian-based operations in Calgary to reflect what the business does so well: multistage completions. A completion, in oilfield terms, describes the equipment and series of events that bring a drilled well into production. Multistage systems allow for multiple frac clusters to be stimulated simultaneously in a controlled fashion.

According to the company, the traditional plug-and-perforate or ball sleeves force “fracs and fluids down the casing, with no feedback about formation response at the frac zone, no recourse in the event of a screenout (when the solids in fracture fluids restrict fluid flow) and no way to manage water or chemical consumption. Both methods also require extensive post-stimulation work to achieve an unrestricted, full-ID (inner diameter) wellbore.”

In the traditional plug-and-perf technique, all frac clusters are not stimulated equally and some may not fracture at all. With ball-drop sleeves down the wellbore, the spacing of the frac clusters is controlled, but again, the frac volume is not.

Through the use of Multistage Unlimited sliding sleeves in cement casing and sand-jet perforating, operators know exactly where the frac is going, “and can design reservoir exploitation strategies based on designed frac volumes.”

The cumulative effect for customers is nothing less than amazing: less horsepower for pumping means fewer frac units are used, just three to five, compared to twelve to fourteen for plug-and-perf and ball-sleeve completions.

Much less water and chemical products are used during fracking compared to other multistage completion methods, since less fluid is pumped into formations. Water savings are anything but insignificant, and can be as high as twenty percent (for typical Multistage Unlimited completions), and up to fifty percent for low-volume sleeve fracs with treatments pumped through coiled tubing. “We’ve also seen fluid savings of 44 percent. These are big wells, and they use a lot of fluid to simulate the wellbores, so when you think of a fluid savings of 44 percent, that is a very significant number.”

Along with a host of chemicals, to be effective, hydraulic fracking requires water – lots and lots of water – an average of 400 tanker trucks per site. By using the multistage system, customers can enjoy considerable savings of energy, transportation of water and chemicals to and from sites and the cost of fluid usage and storage.

For some sites, the company has seen the number of fluid pumpers reduced from twenty to just eight. The result is far less traffic on the roads and less equipment needed at the site, saving time, money and respecting the environment.

The extremely viable, high-performance alternative to the conventional methods, allows for improved multistage completions performed at lower-cost. With the announcement of the multistage in 2010, the company quickly gained a reputation in the industry for the quality of its tools, and has been a part of over 70,000 stages to date. “In a very short timeframe, we’ve accomplished a lot,” comments Leggett. “It’s tried-and-true and very good technology.”

Using the company’s proprietary Grip/Shift sliding sleeves or sand-jet perforating, the Multistage Unlimited® technology results in the delivery of highly efficient single-trip multistage well completions. This technology has been successfully utilized in thousands of wells, both vertical and horizontal and is fully compatible with existing coiled-tubing-deployed frac-isolation assemblies.

The coiled tubing running string allows for the use of the Multistage Unlimited resettable frac plug, along with mechanically shifted Grip/Shift sleeves. At every stage of fracking, the resettable frac plug isolates the target zone, shifting the sleeve open and effectively eliminating the need for other stages involving perforating, pump-down plugs, restrictive ball seats or drop-balls.

Based on a number of 4.5-inch (114.3 millimetre) comparisons to plug-and-perf (five clusters/stage) and ball-sleeves, Multistage Unlimited continues to outperform in a number of areas. Superior results are achieved in precise frac locations, circulation of fluids to frac zone, a reduction in the risk of screen outs, reversed out sand from screenouts, conservation of water and chemicals and more.

With the company’s technology, drilling companies no longer need to compromise completion designs due to costs or operational limitations and can optimize production by having any number of stages located at desired spacing. The coiled tubing work string acts as a deadleg (unused side section of piping) during fracturing, enabling drilling companies to monitor pressure responses of formations in real-time. This allows for controlled frac growth and the avoidance of screenouts, since pump rates and sand loading can be adjusted.

With a highly-trained staff of about 125 staff in Canada, the company boasts a skill set including individuals with master’s degrees or PhDs and backgrounds in technology and engineering. “We are fortunate to have a lot of unique thinkers,” says Leggett.

It is these staff members create the company’s unique systems, such as its reclosable sleeves. “These, and other products, empower our operators to be able to make intelligent decisions on the completion of their wellbore beyond simply initial completion, with production engineers having systems they can use for years going forward, which helps to increase the net present value of the wellbore.”

Along with a top-notched research and development department, the company has engineers within its reservoir group who take on case studies, reports, and look at operators’ wellbores and make recommendations.

The company’s mantra is ‘leave nothing behind’. NCS Multistage remains focused on creating products for its many clients to maximize the amount of recoverable reserves from each wellbore to increase the net present value of every well.

Above all, NCS Multistage believes in listening to its customers and the approach has been integral in the development of the system itself. “A lot of technology that we bring to the industry, is driven by customer demand and customer wishes,” remarks Leggett. “That is one of our big mandates from our executive management. Our goal as a company is to empower the operators to the best initial completion on his wellbore that he can do and maximizing value. In the end, it’s all about making better wells.” 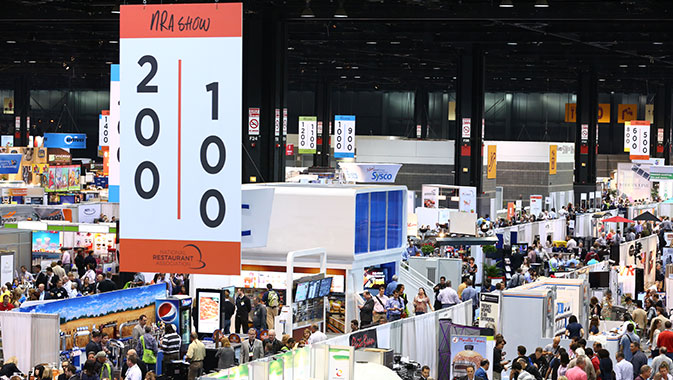 The Voice of the Restaurant Industry