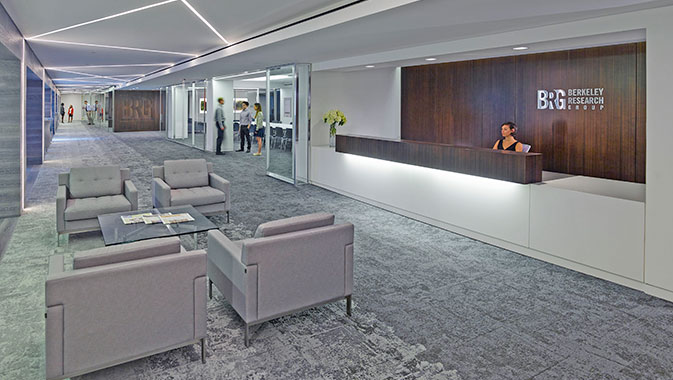 Linda Rabbitt broke new ground when she launched rand* construction corporation in 1989. She opened a seven person construction company at a time when there were very few women in the construction industry. rand* continues to be at the forefront, implementing innovative practices in culture, organizational structure and sustainability.
~
Ms. Rabbitt managed to grow the small, Washington, DC area firm into a national success story with annual revenues exceeding $300 million and a long list of internationally renowned clients. The company today has operating offices in DC, Alexandria, Denver, Atlanta and Austin.

The team’s winning strategies helped lock in lasting success. “Linda and our senior management have a very strong focus on innovation and delivering high quality projects,” notes Maggie Best, LEED AP ID+C | Technical Writer, Marketing Associate. Customer service is also strongly emphasized, leading to strong relationships with loyal clients. “They consider rand* more as a partner than a general contractor – like an extension of their own business. Those strong client relationships have really helped us to grow.”

The company’s emphasis on innovation has had a tangible impact throughout the organization. “We’ve been encouraged at all different levels and in all different departments to be really creative and innovative in the way we approach our work,” shares Ms. Best. The staff is strongly encouraged to present new ideas to senior management, “who have been open to trying new things and trying new methods because they truly trust their employees. I think that has really helped the company to grow.”

For example, two employees with a strong background in construction and a clear sense of the where the market was headed presented a thorough business plan to the senior management to open a new office in Austin, TX. Senior management not only liked the idea, but they saw the employees’ passion and allowed them to run the office themselves. Now, just two years later, rand*’s Austin branch is a rapidly growing success. “That is just one example of how senior management trusts their employees to grow the company,” Ms. Best says. The company culture also stresses transparency, ensuring that everybody is on the same page. “It is that overall transparency and the trust that they place in every single employee that really makes rand* stand out from the rest,” says Beth Giltner, LEED AP ID+C, BD+C | Sustainability Coordinator.

Sustainability is another important rand* value, and the company was one of the first in the industry to boast a dedicated sustainability team. rand* also acted as a LEED pioneer, diving into the program during its earliest stages. Back in 2001 the company took part in the USGBC’s pilot program, which was only open to a select few, earning the first LEED certification for commercial interiors in Washington, DC. Envision Design (now Perkins + Will) and Jones Lang LaSalle (now JLL) partnered with rand* on the Environmental Defense Fund build to earn the groundbreaking LEED Silver certification for commercial interiors.

“Being at the forefront of the LEED process, there were a lot of challenges and lessons learned,” Ms. Giltner reports. “One of the biggest challenges was that the market wasn’t ready for LEED; the materials and the sourcing just weren’t there.” Education was key to bringing the market up to speed. Subcontractors, suppliers, and even manufacturers had to be taught what LEED expected and how to meet those expectations. Some of this learning came through unexpected trial and error. For instance, in an effort to use sustainable materials, the team chose to construct a pantry using sunflower board, which is made of ground sunflower seeds. “After a few months, sunflowers began to sprout from the countertops,” Ms. Giltner remembers. “That was a lesson we learned over time. You try to be as natural as possible, but sometimes it works against you.”

The LEED certification process took an entire three years, rather than the several months it takes today. “LEED has come a long way since 2001,” Merrell Ashley, AIA, NCARB, LEED AP ID+C | Principal, Sustainability Director points out. The project was a huge success despite the challenges, and rand* has enjoyed a strong relationship with Environmental Defense Fund and Perkins + Will ever since. “They brought us back on to work on their 2011 project, in order to get LEED Gold certification,” Mr. Ashley reports.

The USGBC has maintained a strong relationship with rand* and chose the company to be part of its new Proven Provider program last year. “rand* was the very first LEED Proven Provider organization designated by the USGBC,” Ms. Giltner reports, and the company is one of only 28 Proven Providers within the commercial interiors category internationally. The LEED Proven Provider designation is only open to experienced organizations with a history of excellence in administering LEED projects. The designation rewards these companies’ efforts by streamlining their LEED project review process. “Proven Provider allows for expedited review times and direct access to the GBCI review teams,” Ms. Giltner says. “It is a really great program not only for us but for our clients.”

rand* has a long history of successfully administering LEED projects, completing nearly 4 million square feet of LEED certified jobs to date. One of the most dramatic involved the DC Department of General Services building at 200 Eye Street, which earned LEED Double Platinum for Core & Shell and for Commercial Interiors under the v2009 rating systems. The designation demonstrates that both the building’s interior and exterior meet the highest standards for green building and environmentally friendly operation. At over 350,000 square feet, the redevelopment is the largest LEED Double Platinum project in the District and the first Double Platinum project for the District’s government. “It was a phenomenal accomplishment by all team members,” shares Ms. Giltner.

The complex project transformed the abandoned Washington Star printing plant into state-of-the-art municipal offices, jumpstarting a neighborhood-wide revitalization. “From an urban redevelopment standpoint, this was a pivotal move in the District of Columbia,” Ms. Best says. The original plans aimed for LEED Gold certification, but Ms. Giltner adds that in, “speaking as a team and really knowing the team members’ capabilities, we decided to pursue LEED Platinum certification for both phases of the project.” Hickok Cole Architects, StonebridgeCarras, and GHT Limited acted as architect, developer, and engineer respectively.

One of rand*’s most recent LEED certified projects just wrapped up a few weeks ago. The team was in charge of all sustainability aspects during construction, from materials tracking to onsite Indoor Air Quality management, for the new Berkeley Research Group project in Washington, DC. The build required a number of high end finishes, many of which had to be sourced from overseas. “We were able to work strategically to ensure that all other materials were sourced locally in order to not lose the intent of the project and the project’s sustainability goals,” Ms. Giltner reports. “We were actually able to get 76 percent of our materials regionally manufactured and 40 percent regionally extracted. That is extremely high and meets the exemplary performance mark, which is extraordinary.”

These efforts boosted the project’s LEED credits as hoped, helping the project achieve LEED Gold, rather than LEED Silver as originally planned. GHT Limited acted as engineer, JLL as CM, and Panacea Mechanical Contractors took care of key details, such as relocating, furnishing, and installing approximately 30 Chilled Beam units that were integrated into the base building Energy Management System.

Gensler & Associates acted as architect on the Berkeley Research Group project, one of the many times that rand* and Gensler have worked closely together. “We’ve had a 25 year relationship,” says Linda Rabbitt | Chairman & CEO. The teams share a common dedication to sustainability, and 21 of rand*’s 70 LEED certified builds have been Gensler projects. With such a close relationship, it comes as no surprise that the international architecture and design giant recently chose rand* to act as general contractor for a major renovation to the company’s office. The 60,000-square-foot, leading edge project encompasses the first and second floors of Gensler’s Washington, DC office building and is in the processes of receiving LEED certification.

rand*’s noteworthy work has brought in a slew of awards over the years. They have won over 135 Craftsmanship Awards from industry organizations such as the Washington Building Congress, the Associated Builders & Contractors and NAIOP. “These awards speak to the quality of our craftsmanship and our subcontractors,” notes Ms. Rabbitt. The company has also been named one of the best places to work by both the Washington Business Journal and Washington Magazine.

“We have to constantly be creative in our approach, evolving our methods and figuring out the best way to keep our clients happy,” Ms. Best adds. Ms. Rabbitt’s groundbreaking move 25 years ago led to a national success story – and a reminder of what female entrepreneurs can accomplish in a field traditionally dominated by men. To stay at the top, the team plans to continue utilizing the same strategies that have helped rand* earn a leading place in the market, both as a general contractor and a leader in sustainability. 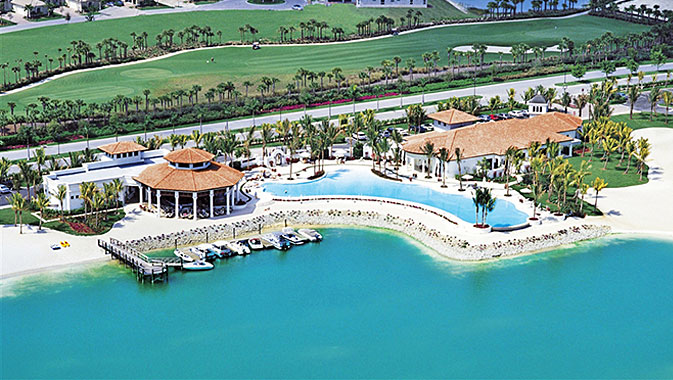